We culled projects from grantees and systems across the U.S. to highlight ways to make shared micromobility more equitable. 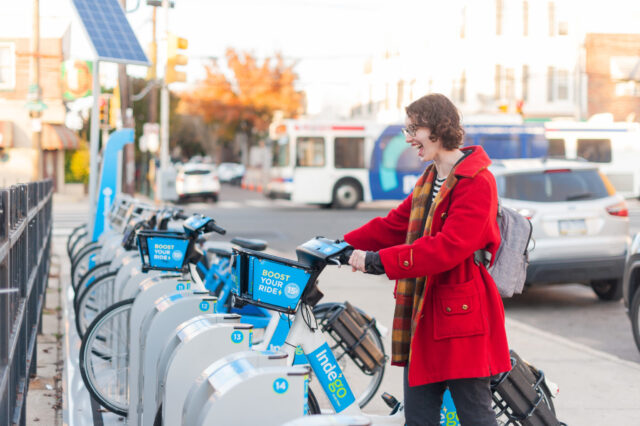 As an organization, BBSP exists to help make bike share more equitable and storytelling is a key component of that mission. We published upwards of 80 stories last year, chronicling the work of our grantees and systems across the country, highlighting innovative pilots alongside tried-and-true programming. The following 11 ideas are inspired by that coverage. We encourage systems everywhere to challenge themselves to implement at least one of these ideas in 2023.

Integrating art with shared micromobility can help residents feel a sense of ownership and create investment in a system. Last year, Bloomberg Philanthropies published a study showcasing how installing road murals at intersections can cut down on crashes by a whopping 50%. If implementing asphalt art isn’t feasible, many systems — including Boulder, Nashville, and El Paso — have had success introducing locally-designed art bikes into their fleets, while others — such as Columbus and Des Moines — opted to beautify bike share stations.

While not the most affordable entry on this list, if you have the means, there are few better community investments than an e-bike library. E-bikes allow more people to bike for longer distances and from Denver to Canberra, no two e-bike libraries are the same. In California’s San Gabriel Valley, bike share has been reimagined as a library to better suit the suburbs (in the nearby San Fernando Valley, a similar project is underway). While in Upstate New York, an e-bike library was created using old bike share bikes. For systems that already have electric bikes, simply partnering with your local library system can be a great option.

Students are a crucial low-income demographic for systems to target. By partnering with local colleges and universities, systems in Detroit, Pittsburgh, Boulder, and Portland, Oregon, to name just a few, have made bike share free or heavily subsidized. Many scooter companies likewise offer discounted trips for students. Doing so should be seen as an investment in future ridership.

Some 53 million Hispanic people live in the U.S. and over 38 million people speak Spanish as a primary language at home (that’s roughly 13% of the population, a number that grows in certain cities and neighborhoods). Not incorporating Spanish programming or, at the least, translating materials, can be a huge oversight. Just this year, BBSP introduced a feature making our website fully translatable to 30 languages, including Spanish.

5. Invite Your Local Rep on a Ride

One of our Living Lab grantees, the Northwest Center, has had great success building local buy-in around bike share, and a large part of that success is due to its youth leadership council, which has spent years lobbying local representatives to bring bike lanes and Divvy stations to the neighborhood. By inviting the local Alderman on neighborhood rides, residents were able to build a rapport and showcase why active transportation was a priority issue for them.

As the example above shows, getting youth involved in shared micromobility can lead to lasting, purposeful change. Our youth are our future and to make our systems more equitable, it’s important to engage youth from underserved communities, setting our systems up for long-term success. Two of our other Living Labs are also working with youth: Cincy Red Bike has partnered with community organizations to host weekly youth rides and Biketown has been working with school health centers to enroll 17 and 18-year-olds in its Prescribe-a-Bike program.

In New York City, a Citi Bike and Healthfirst initiative provided free, two-month bike share memberships for hundreds of youth. Heartland BCycle, out of Omaha, Nebraska, engaged local youth to turn a portion of its fleet into movable pieces of public art, and for years, Milwaukee’s Bublr has been running its B3 Workforce Development Program, a six-month track offering local young adults a career in bikes.

Educational classes are a cornerstone of any good shared micromobility system, which can’t truly be equitable without the work of bringing in new riders and helping them feel comfortable navigating city streets via bike share bike, which can be a whole new learning experience. In Philadelphia, Indego has been offering Learn-to-Ride classes from the outset in partnership with the Greater Bike Coalition of Greater Philadelphia (during the pandemic, they even debuted a 10-minute video tutorial).

According to NABSA’s 2021 State of the Industry Report, adults aged 65 or older are 14% less likely to be using shared micromobility than other age groups (for adults 45-65, that number is 11%). With electric bikes more prevalent than ever, making bicycling accessible to people of all ages and abilities, there’s little excuse for no longer engaging older adults. After all, bike share can help people age in place.

There are all different types of riders yet you wouldn’t know it by looking at the majority of scooter and bike share offerings. Some cities, including New York City, have been working with partners to get adaptive mobility right, while others, like Detroit and Portland, have integrated adaptive bikes into their systems.

The Americans with Disabilities Act (ADA) prohibits discrimination against individuals with disabilities in all areas of public life, which arguably includes shared micromobility. We have to do better as an industry in engaging all types of rides. The first step is education — check out these two virtual workshops focused on the disabled community and how cities, organizations, and advocates can better serve them.

10. Engage Ahead of Expansion

A good community engagement strategy front ends any sort of expansion plans, gathering input from residents ahead of making key decisions like where stations should go. A prime example comes from Ohio’s Link Dayton Bike Share, which has been conducting outreach and gathering input from residents in historically redlined areas before putting infrastructure on the ground. As part of its Living Lab work, Indego has similarly been putting community first as it expands, employing neighborhood ambassadors alongside other outreach methods.

It’s hard to be an equitable system without some sort of low-income pass program. Last year, Pittsburgh launched its low-income Mobility Justice Pass program as part of its bike share rebrand, and This Machine launched a pilot program offering reduced-price memberships to low-income residents. In Portland, a 2021 grant allowed Biketown to make its low-income Biketown For All program completely free. These sorts of programs vary greatly depending on location and require a prioritization of funding — a new database can help systems check out reduced-rate programs across the U.S., facilitating knowledge sharing.

Does your system include programming that utilizes any of these methods? Email kiran@peopleforbikes.org to share your story. 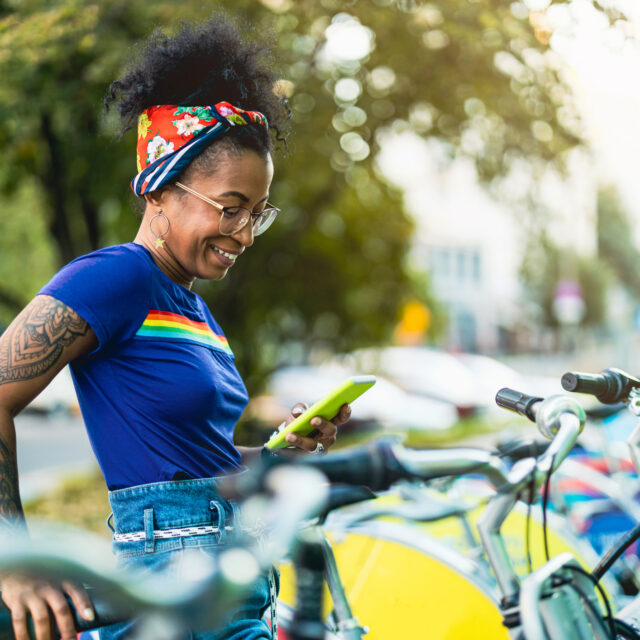 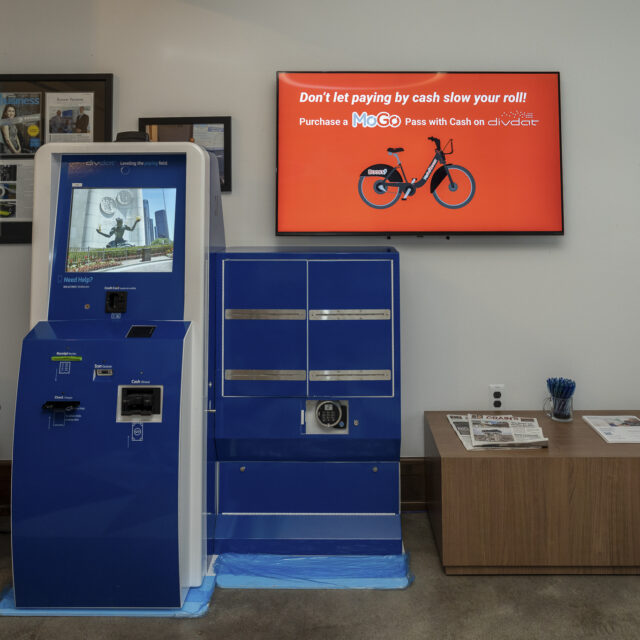