MoGo bike share hosted two virtual workshops focused on the disabled community and how cities, organizations, and advocates can better serve them. 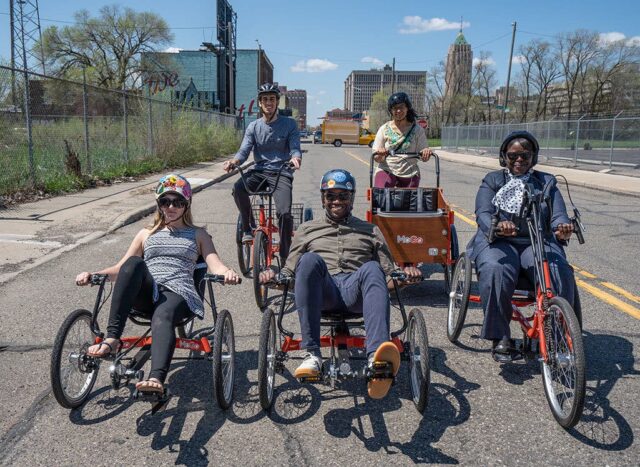 As it stands, bike share does not serve people with disabilities. Even with the push in recent years to diversify ridership, those who are unable to ride a traditional two-wheeled bike are often left out of the conversation. Infrastructure in virtually all U.S. cities remains lacking and adaptive bikes are still a rare sight on most city streets. Adaptive bike share programs are few and far between but they do exist. MoGo’s adaptive program, in Detroit, Michigan, has been a part of the bike share system since 2018.

On December 14 and 15, MoGo, wanting to share learnings across programs, hosted an adaptive bike share workshop. The convening, which was led by Dara Baldwin, director of national policy for the Center for Disability Rights, brought together cities, organizations, partners, advocates, and users from across the country. Over the course of two days, participants learned more about the disabled community and how bike share can best serve them.

Below, you’ll find our highlights from the workshop, including language guidelines, a list of adaptive bike models, and even suggested reading. We’ve also included the full session videos, which are an essential resource for anyone wanting to serve all members of their community.  Transportation workers from Baltimore to Oakland showed up eager to learn, contributing to an honest, informative, and necessary convening.

Day one included an in-depth, interactive, and necessary history lesson of disability rights laws and why the Americans with Disabilities Act (ADA) was introduced in 1990. The premise of the ADA prohibits discrimination against individuals with disabilities in all areas of public life — for shared micromobility operators, Title 2 and Title 3 are especially relevant. Title 2 prohibits discrimination on the basis of disability by “public entities,” which are programs, services, and activities operated by state and local governments. Title 3 prohibits private places of public accommodation from discriminating against individuals with disabilities.

The end goal of the ADA is community integration, or the inclusion of people with disabilities (PWD) in every aspect of life; anything you create for one group, you must create for all people. It’s also was designed to undo a slew of ugly laws that perpetuated ableism, or discrimination in favor of able-bodied people. Baldwin emphasized how it’s important to start with history, and described the inequity and lack of consideration that dominates transportation planning and day-to-day American life. “You cannot advocate for something you don’t know anything about,” she says. Dara directed participants to become familiar with and to contact their regional ADA center. The ADA National Network has 10 regions and each center offers information, training, and technical assistance on the Americans with Disabilities Act. Start here if you want to hire people with disabilities (which we should all be doing) or if you intend to start an adaptive bicycle program.

One of the main takeaways from this session was that any solution can’t just be about bringing in adaptive bikes; solutions need to be ongoing and emphasize relationship building. It’s important to bring in as many partners who have disabilities and/or who work with PWD as you can at the very beginning and continue to solicit feedback from them throughout for everything ranging from programmatic changes to community outreach.

Baldwin also shared a “What to Say” language chart, which outlined what to say and what not to say:

It’s also important to remember that the disabled community isn’t a monolith and one person may actually prefer being called “disabled,” while another might find it offensive. When in doubt, ask! Baldwin also emphasized that we should never use the terms (mentally) “impaired” or “confined” (to a wheelchair), and that two-wheeled bikes aren’t “regular” bikes (they’re two-wheeled bikes). It can be hard to update our lexicon but everyone deserves to be treated with dignity and respect — the language we use is a big part of that.

Recommended reading for this session included a 2021 article from The Atlantic titled “What It’s Like to Be Black and Disabled in America.” Written by Shalene Gupta, the piece summarizes a good deal of the history surrounding the ADA, emphasizes the importance of intersectionality, and showcases through first-hand accounts how for many, every day is a struggle to not get left behind.

Across bike share operators, there’s a tendency to put off equity initiatives — and specifically the need to include people with disabilities — until after systems are up and running. Unfortunately, when things aren’t built in from the start, they become much more difficult to embed into all aspects of an organization. The second day of the convening was designed to help systems retroactively launch adaptive programming, as well as set those in their infancy up for success.

Lots of time was devoted to talking about the different types of adaptive bikes currently on the market and who manufactures them, what’s proven most popular in Detroit (the side-by-side tandem), and how more affordable adaptive e-bikes could be a game-changer. How to design an effective program made up the bulk of the conversation and focused mainly on logistical issues such as staffing or bike access. A representative from Portland, Oregon, spoke to Biketown bike share’s adaptive programming (the community decided how to access the bikes and what the program should look like), which differed from Detroit’s model (there, the program is contracted out and aims to make bikes available near recreational trails).

Both adaptive programs are geographically limited and employ people that know how to properly fit users to different bike models. Multiple people emphasized the importance of involving community members and local partners, as well as allowing customers to demo the bikes to see what works best for them. Overall, the session facilitated great conversations while doubling as a call to action — we all have a role to play in making sure our shared micromobility systems work for everyone. 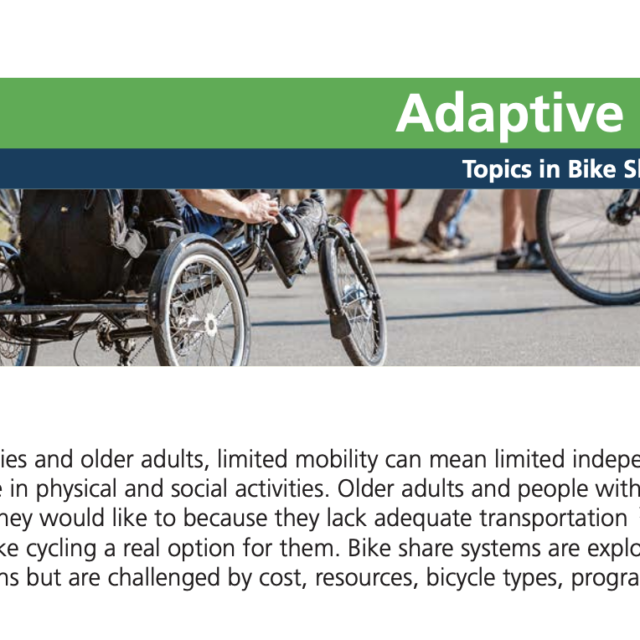 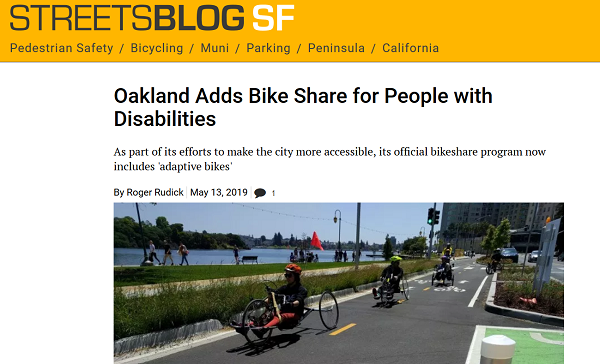 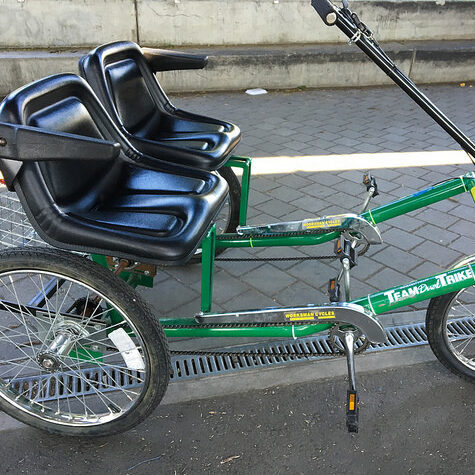