People for Mobility Justice has been awarded a BBSP mini-grant to support a long-term pilot project in California’s San Fernando Valley.

The land in and around Los Angeles County is famously car-centric, a place where commuting by foot or bike can be inconvenient if not outright dangerous. This is even more true for the Black, Indigenous and people of color (BIPOC) that call the region home, many of whom have no choice but to use bicycles as a mobility solution. In 2008, the first iteration of People for Mobility Justice launched in order to activate that very populace and involve BIPOC in decisions surrounding active transportation investments.

“We envision a world where people have the freedom and resources to move in public space with love and dignity,” says Maryann Aguirre, project director at PMJ. “We really believe in the theory of mobility justice—that there are other parts of people’s lives that come into play when they’re moving through space, such as race, class, different abilities, economic status and so on.”

For years, PMJ has focused on documenting and addressing the transportation needs voiced by L.A.’s communities of color, through various educational programming, grants and campaigns. Recently, PMJ has partnered with Pacoima Beautiful, a grassroots environmental justice organization working in California’s San Fernando Valley, located just northwest of downtown L.A., on a long-term electrical bike pilot project. Though many of the logistics are still being worked out, the project will make 100 pedal-assist e-bikes available to low-income individuals that don’t have easy access to other vehicles.

Last week, PMJ was one of 12 projects awarded a BBSP mini-grant for its role in the pilot project, securing $10,000 in funding earmarked for classes on safe bicycling and bike maintenance, plus safety equipment such as helmets and lights.

“Along with giving out the bicycles, we feel it’s necessary to also provide bicycle education so people know the proper rules of the road to decrease their likelihood of getting hurt,” says Aguirre. “We also plan to give “Know Your Rights” workshops since we’re working in majority Black and brown communities.”

The pilot will operate similar to a bike share system, except the 100 e-bikes will be available free of charge for long-term rentals (think days or weeks). Using an equity lens, PMJ will work with Pacoima Beautiful to determine who will make up the first cohort, which will likely run for nine months. Although the BBSP funding is for 2021, the pilot will run for two years with multiple cohorts, all depending on use patterns. Since the bikes can also be shared among household members, the pilot is likely to reach far more than 100 people.

Both organizations will measure the pilot’s success by keeping track of everyone involved in a rental cohort, measuring demographic data but more importantly, building ongoing relationships. This pilot is the first of its kind and the hope is that participants will use the bikes for a range of purposes, including commuting to work, delivery services, running errands, or recreation.

“I think it’s important that we prioritize programming in low-income communities, which often lack encouragement, education or even the proper infrastructure,” says Aguirre, noting that the ultimate goal is to empower folks to use active transportation as a tool for enrichment, in every sense of the word. “We want to encourage people to use bicycles for health reasons but also for economic development—we’re not going to push people, but that’s the hope.”

The Better Bike Share Partnership is funded by The JPB Foundation as a collaboration between the City of Philadelphia, the Bicycle Coalition of Greater Philadelphia, the National Association of City Transportation Officials (NACTO) and the PeopleForBikes Foundation to build equitable and replicable bike share systems. Follow us on Facebook, Twitter and Instagram or sign up for our weekly newsletter. Story tip? Write kiran@peopleforbikes.org.

In Categories: Stories
In Tags: Mini-grant
In Topics: Transportation Justice 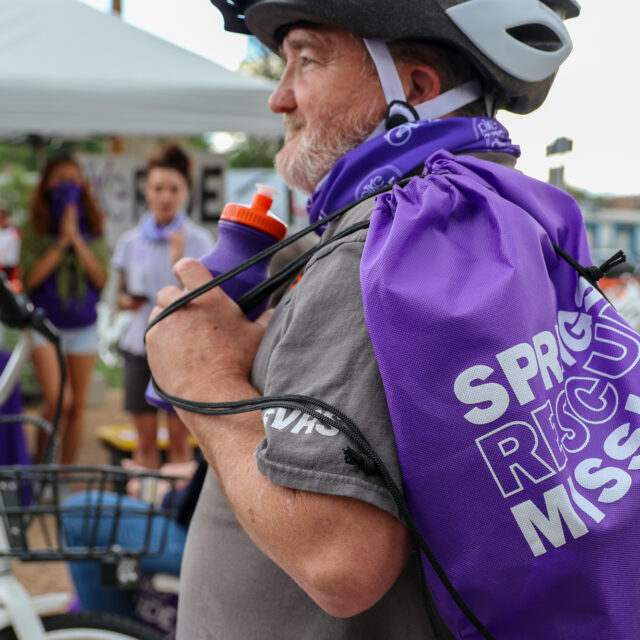