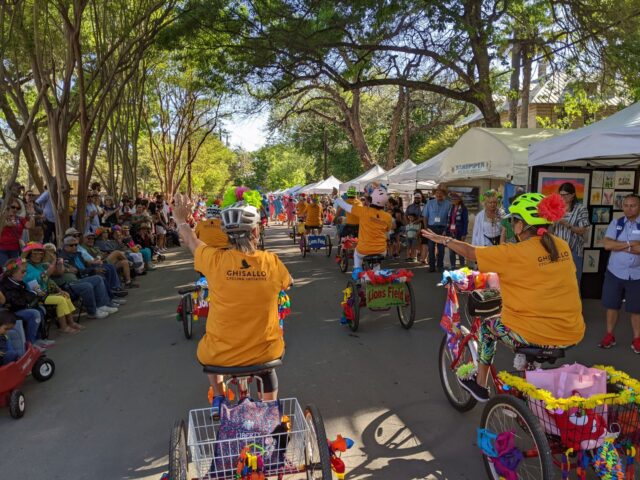 When it comes to who’s using shared micromobility, older adults are sorely under-represented. According to NABSA’s 2020 State of the Industry Report, adults aged 65 or older were 13% less likely to be using bike share and 11% less likely to be using scooter share than other age groups. It’s a problem that’s not just limited to shared micromobility either: A 2020 study found that adults 60-year-old and up remain underrepresented in all geographies, although they do have relatively better representation where levels of bicycling are high.

In Texas, where bicycling levels aren’t exceptionally high, one nonprofit has been working to draw more older adults to active transportation. Founded in 2011, Ghisallo Cycling Initiative works to increase access to bicycling in Austin and San Antonio. As part of that mission, the Golden Rollers program was created to provide engaging bicycle-based recreation, exploration, and supportive services for adults aged 50 and older. The program aims to increase people’s quality of life through physical activity, help folks develop social connections, and raise the visibility of older adults and seniors in the public right-of-way.

Austin’s Golden Rollers program is currently more robust than San Antonio’s, operating at some half a dozen different sites throughout the city. In San Antonio, Golden Rollers first launched in 2019 and after running for a few short months, was shut down due to the pandemic. It relaunched in June of 2021 with 10 tricycles available for weekly group rides out of the Lions Field Adult and Senior Center, where staff support the program and help with storage. When the Ghisallo team in San Antonio saw the call for BBSP mini-grants, they were inspired to diversify the program and incorporate bike share. In June, “Golden Rollers: Introduction to BCycle and Micromobility for Older Adults” was chosen as a grantee.

“This is going to allow us to expand our Golden Rollers to another site served by the bike share system and it will also allow us to expand from three-wheels to two-wheeled vehicles,” says Carl Bradtmiller, the San Antonio lead and community educator for Ghisallo. “The equipment challenges have been a hiccup in being able to scale the program. With this grant, we’re solving the issue with bike share.”

Funding will provide annual bike share memberships, e-bike training, guided rides, and safety equipment at no cost to 24 seniors and older adults. The new program will be based out of the Commander’s House Adult and Senior Center, which in addition to being adjacent to a BCycle bike share station is in a relatively bike-friendly neighborhood, with a bike path next door leading to neighborhoods, shopping centers, and the San Antonio River Walk.

“If people want to, they can go 10-15 miles to the end of the city’s missions,” says Ghisallo Community Lead Cristina Solorzano, referring to San Antonio’s famous historic sites. “There are many, many BCycle stations through the mission reach and all along the River Walk, so people can really get some good riding in if they want to.”

Solorzano and Bradtmiller have both been busy recruiting riders new to Golden Rollers through an info session and word-of-mouth marketing. The info session included presentations from Ghisallo and BCycle, outlining what the program entails and how folks can get involved. Those that attended can then explain it to their friends, spouses, or even siblings.

“We’re trying in large part to expand to people who already go to the Commander’s House regularly,” says Solorzano. “People already come to this location on a regular basis to play mahjong, take a pottery class, or exercise — by giving them a BCycle pass and equipment, you’re adding to the list of things they can do.”

Unlike the Golden Rollers rides that utilize tricycles, the new iteration of the program will offer membership to each participant, reducing the ability for folks to come and go.  It will also require an additional training component to familiarize participants with how the BCycle system works and the ins and outs of using an electric bicycle. All riders will participate in an orientation where they will be taught bike basics, hand signals, and trail etiquette. While there will be 24 participants overall, they’ll be broken up into three more intimate groups of eight, with the first group finalized and trained by the end of July.

“If they haven’t ridden a bike in a couple of years, that mobility and balance will need to be refreshed,” says Solorzano. “We’re going to practice in the parking lot and make sure everyone can ride a bicycle with the pedal-assist.”

After getting accustomed to the equipment and practicing in a controlled environment, the Golden Rollers will spend the remaining sessions on instructor-led rides exploring trails, safe streets, and other infrastructure designed to make riding more enjoyable. By incorporating BCycle into the Golden Rollers program, participants will be able to access the joy of riding both in a community atmosphere and independently. Bradtmiller was quick to point out that the new Golden Rollers participants will be able to use BCycle for their everyday mobility needs, especially since BCycle and VIA Metropolitan Transit are now both easily accessible within the Transit app. And the implications of transit integration for older adults, who comprise a larger subset of transit ridership, is huge.

“Even though there are only 24 passes and we’re running this program just a few times, this could really serve as a pilot program for a larger-scale training system that’s designed specifically for older adults,” says Bradtmiller. “If we could target those riders and show how they can overcome any hurdles and incorporate BCycle into their transit usage, that could be a really neat thing for San Antonio.” 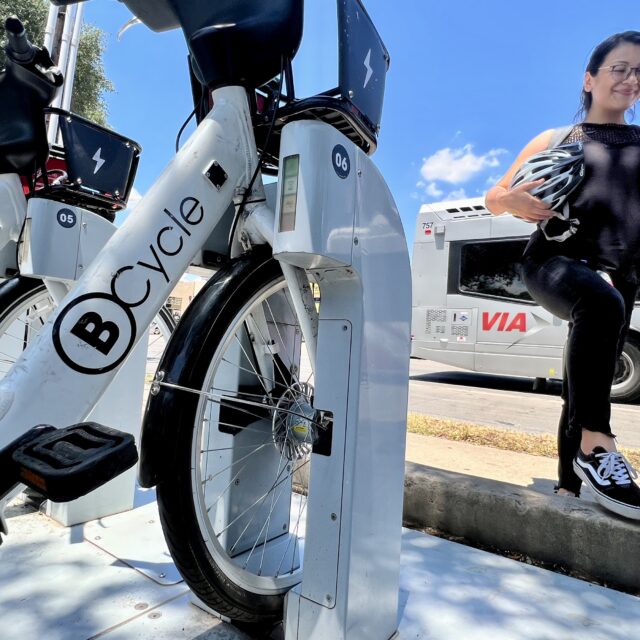 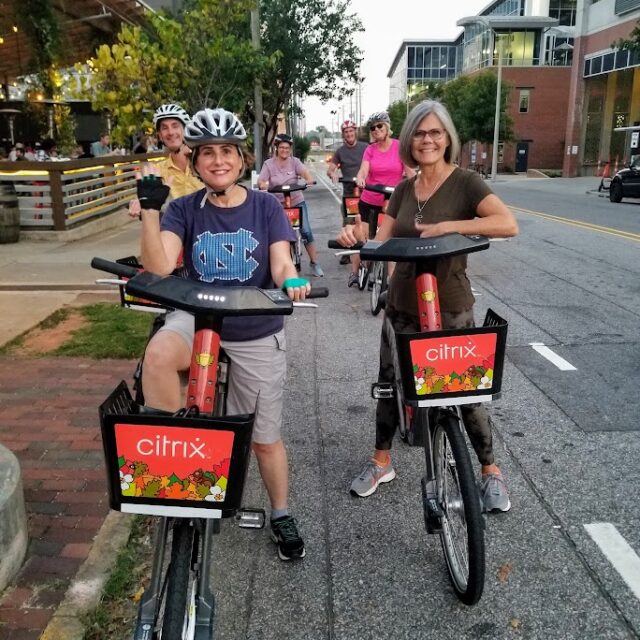 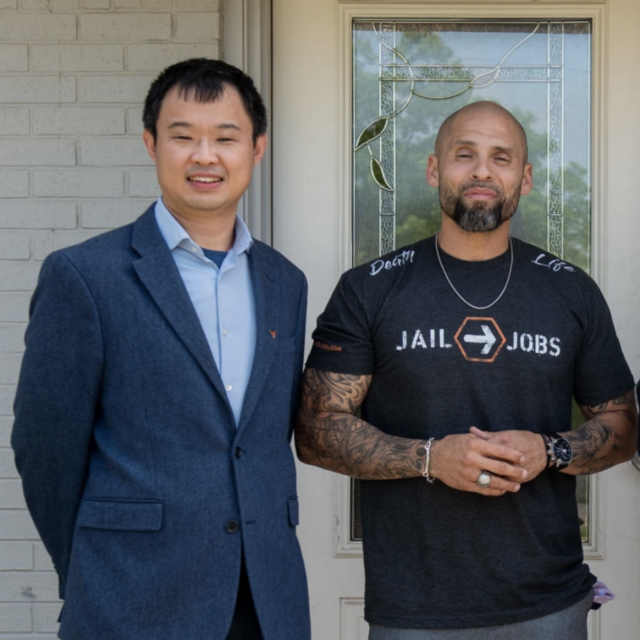