New research examines New York, Chicago, and Philadelphia systems in order to understand what plays into bike share use, and how these factors vary by race/ethnicity and income. 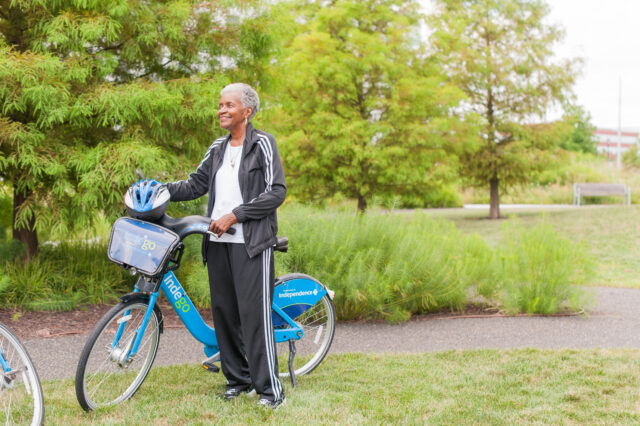 In 2017, researchers at Portland State University published “Breaking Barriers to Bike Share: Insights from Residents of Traditionally Underserved Neighborhoods.” Funded in part by the Better Bike Share Partnership (BBSP) and the National Institute for Transportation and Communities (NITC), the study focused on bike share systems in New York, Chicago, and Philadelphia. From 2015 to 2017, researchers surveyed target bike share users and non-users to better understand what barriers and potential motivators exist to getting lower-income residents and people of color using bike share.

The research focused on distributing surveys to three primary stakeholders, including bike share owners and operators, residents, and bike share users. Operators were asked about equity policies and metrics, as well as barriers to adoption amongst underserved populations and challenges to addressing those barriers. Residents were surveyed according to neighborhood, with a focus on low-income and nonwhite areas that have already been targeted by BBSP-funded work. Bike share users were also surveyed in order to better understand what efforts might have influenced their behavior.

The resulting deliverables were extensive and have continued to yield new insights, even five years later. This month, the Portland State University (PSU) researchers associated with that initial study — Nathan McNeil, John MacArthur, Jennifer Dill, and Joe Broach — published “Factors Influencing Bike Share Among Underserved Populations: Evidence From Three U.S. Cities.” This new article uses data from the initial study to understand what factors influence the use of and interest in bike share among traditionally underserved populations in the U.S., and how these factors vary by race/ethnicity and income.

In the literature review, the authors emphasize evidence that lower-income and people of color do not use bike share as much as higher-income and white populations. While demographics have definitely begun to shift in the last few years, the most recent NABSA State of the Industry Report showcases how ridership remains primarily comprised of white, high-income earners. The literature review also delves into more detail as to some of the known barriers preventing lower-income and people of color from bicycling. Based on this existing research, the PSU team developed a conceptual model to test the various factors that could influence the decision to use bike share. 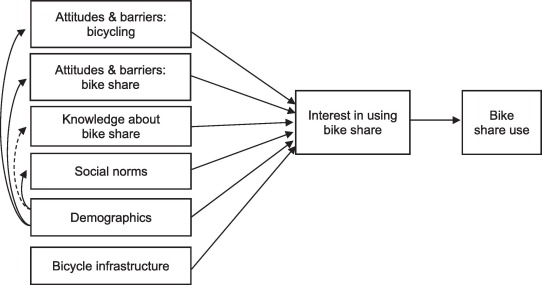 Looking at the model, it’s clear that a whole slew of things go into determining whether or not someone is going to use bike share (and that all of those factors have the potential to interact in different ways). For the low-income, minority communities studied, researchers found the following to be true:

The point about bike share is more of a draw for recreation than say commuting, is important to note, as it can help determine station placement and outreach strategies. In the paper’s conclusion, researchers point to how large shares of both lower-income and higher-income people of color are interested in using bike share, primarily for fun, exercise, and social reasons (largely in contrast to higher-income white groups, who value the utility of bike share). Turning that interest into use though will require a handful of other programmatic actions (outlined in the chart below). 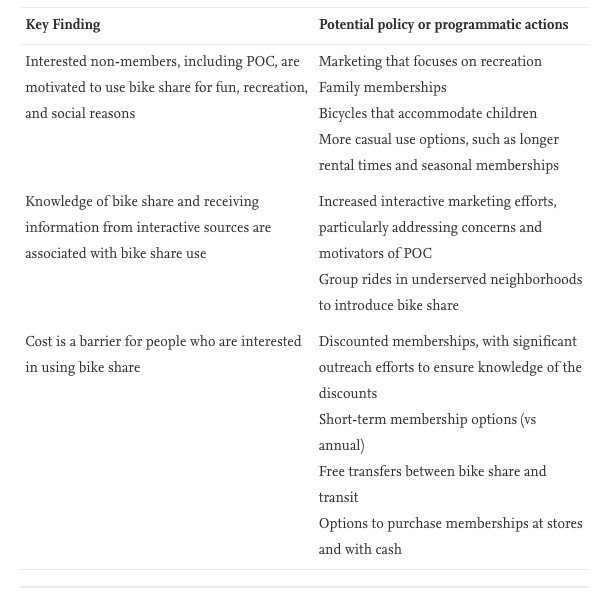 Many people of color interested in using bike share indicated that they’d be much more likely to do so if friends and family could use it with them (the lack of being able to take children along is also a major barrier for women). Lowering the minimum age for use and family passes are tangible solutions, as are offering cargo bikes that can accommodate children. Those using bike share for recreation would also likely benefit from different pass options, such as seasonal memberships or passes with longer time limits.

Low-income membership programs are also essential to help alleviate one of the biggest barriers for low-income riders: cost. The research makes clear that cost remains a barrier and that while discounted memberships are one solution, the survey showed that many people don’t know about them. Cash payment and free gear, such as helmets, can also help motivate system use. Additionally, many of the people surveyed spoke to the need for short-term pass options, discounts, and free transfers (alongside fare-capping) between bike share and transit. Of course, discounts and a variety of pass options mean nothing if people don’t know about them.

Knowledge plays a crucial role in getting more people to use bike share. In the years since the study was conducted, BBSP has continued to fund many community outreach programs, including enrollment assistance, classes, prescribe-a-bike, and organized rides. The findings suggest, however, that potential users need to see “people like them” riding for these programs to be effective and to truly reach their target audience.

We’ve found that partnerships between bike share operators and trusted, community-based organizations stand the best chance of reaching target communities. Only by doing community outreach well and consistently — constantly improving to ensure efforts are reaching people of color and speaking to their concerns and motivators — will we see a true change in the demographics of those using bike share.

As with all good studies, the researchers point to several opportunities for future research, such as examining disparities according to different racial groups and expanding the research to include dockless bike share systems. There’s also an opportunity to explore the role of infrastructure on bike share use further, as well as examine how personal safety concerns contribute to broader attitudes about bicycling and, therefore, bike share behavior.

In Categories: Stories
In Topics: City of Philadelphia Research 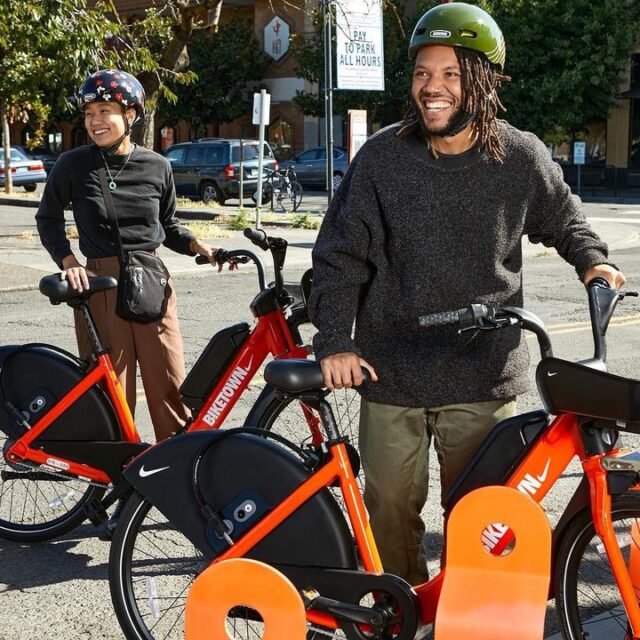 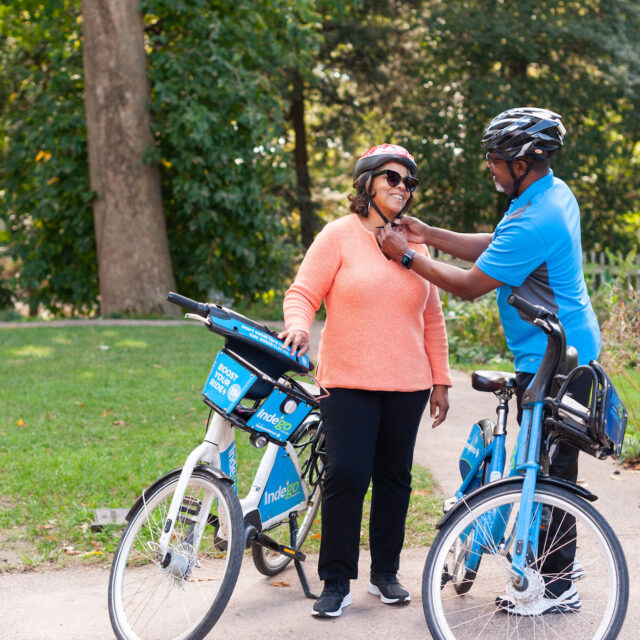