A primer on why women use our bike share systems less and what can be done to instigate change. 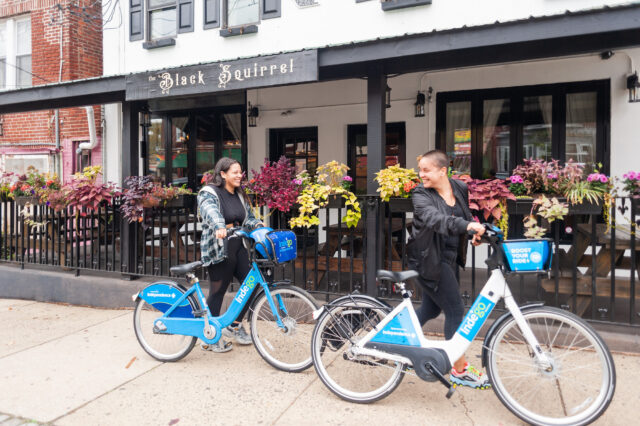 The gender gap is a known issue in American bicycling, where compounding physical, cultural and barriers exist for women. In the U.S., the majority of bike commuters (about 72%) are men, according to the 2019 American Community Survey census data. For recreational riders, the split is slightly better: 56% male and 44% female, as per a PeopleForBikes study. In many European countries, however, including Germany, the Netherlands, and Denmark, biking is taken up much more evenly by men and women.

Among North American bike share users, the percentage of riders also skews male, echoing the larger bicycling trends in the U.S., Canada, and Mexico — although the gap is much smaller than among each country’s overall bicycling numbers. NABSA’s 2020 State of the Industry Report did also show some movement towards closing the gap, with female participation in bike share shifting to be closer to representative. We’re not there yet though and our systems still have a ways to go.

Why is achieving gender parity important?

When it comes to bicycling, women are an “indicator species”  — the more women that bike, the friendlier the city is overall for bicyclists. Speaking with Scientific America, Jan Garrard, a senior lecturer at Deakin University in Melbourne, Australia, put it simply: “If you want to know if an urban environment supports cycling…just measure the proportion of cyclists who are female.”

Since women tend to be more risk-averse, when they ride in greater numbers it’s suggestive of the quality of bike infrastructure available. Even in cities where men far outnumber female bicyclists, studies have shown that ridership on off-street bike paths is more evenly split. And where women bike other more vulnerable populations — including children and the elderly — do too.

To achieve gender parity is to have successfully created a bicycling environment that is closer to serving everyone in a given city. If we get to a place where 50% or more bike share rides are taken by women, we’ll have created more equitable systems.

When bike share first emerged on the scene, there was a widespread hope that it was the key to closing the cycling gender gap. Bike share, after all, seems more approachable than hardcore. Many believe that since bike share programs remove many of the barriers women commonly cite — such as lack of easy access to a bike or a place to store a bike, the snobbery and machismo of bike shops, or the necessity of specific clothing — they’d also help eliminate the gender gap. The initial statistics appear to bear this out: In 2012, roughly 50% of bike share members in Washington, D.C., and Boston were women.

However, being a member of a bike share program does not necessarily mean you will use it. Three health and transportation researchers from Simon Fraser University in British Columbia, Canada, decided to study the issue, analyzing some 77 million bike share trips from 2014 to 2018 for Bluebikes in Boston, Citi Bike in New York City, and Divvy Bikes in Chicago. The researchers chose these systems due to their size and because they incorporate basic demographics in their publicly available trip data.

What the study found

“We found that only about a quarter of the trips were being made by women,” says associate professor Meghan Winters, PhD., one of the lead authors on the study. “Over the course of four years and across the three programs, we didn’t see that change substantially.”

As part of her PhD work, Winters focused on the built environment and how it influences how much people cycle. What she’s learned through that research and the bike share study is that there are a few key reasons why fewer women tend to bike and use bike share.

“On an average population level for women, there are certainly greater concerns around safety and separation from motor vehicles,” says Winters. “Women on average also have more responsibilities for household trips and caregiving, which more often involve children, carrying goods, and trip chaining.”

In addition to safety concerns, there are societal factors that make it harder for women to use a service like bike share. After all, it can be difficult to use a bike share bike to take your kids to school, go to the grocery store, and run multiple errands — not to mention that since many systems have been set up to serve commuters, stations might not be laid out in a way that’s well suited to these tasks.

“We conducted focus groups in Vancouver when we were looking at the equity of the bike share program and specific barriers for different population groups,” says Winters. “When we spoke with women, amongst the main points were that it didn’t take them where they needed to go and it didn’t allow them to carry the goods they needed or take these trips with kids.”

What can be done

Focus groups, such as the ones conducted in Vancouver, are a good way to gauge how a system is or isn’t working, and to pivot accordingly. Bike share systems should all be cognizant of the spatial areas they cover, and whether they connect people across neighborhoods, provide access to the services women say they use most, and reach outside the urban core. Winters also suggests that systems should lower the minimum age that people can use bike share with a parent so that more kids might ride.

To address safety concerns, cities should build more protected bike infrastructure. “If we want to see more types of people cycling, we have to build different types of infrastructure,” says Winters. “If it’s not high-quality, preferred cycling infrastructure in the areas where we see bike share programs, you’re not going to get new people or people who have greater safety concerns coming to cycling.”

An analysis of Citi Bike stations showed that women were less likely to start trips in busy parts of town, preferring quieter residential streets — cities might consider prioritizing protected bike infrastructure in the areas surrounding stations that are used less by women. Local surveys have shown dramatic increases in female ridership on streets with dedicated bicycling facilities, and in Atlanta, Georgia, where nearly half of Bird scooter riders are women, a company survey indicated that new bike lanes have helped achieve that split. This is telling considering that there’s an even wider gender gap in scooter share than in bike share.

Winters also suggests that a widespread shift to e-bikes, which makes hauling goods and tackling multiple destinations easier, might also bring in more women. As might offering more opportunities to try bike share for free in partnership with specific community groups. “People really need to try things first and a lot of women may lack the confidence to try bike share,” says Winters, naming educational classes and demo days as worthwhile programs.

There are also some poignant pandemic-induced changes that systems everywhere should take note of and make permanent, namely laying down temporary protected bike lanes and making bike share free for essential workers. The first example came from Paris, which saw a significant increase in women riding Velib, the city’s bike share system. The second example is from New York City, where because the city’s population of health care and other critical workers is predominantly female, the number of female Citi Bike members rose from 32.8% to 38.9% (unfortunately, we don’t know if the number of trips taken by women increased accordingly).

Another tactic that has proven successful: creating programs that specifically target women with different needs, such as single mothers. In Guadalajara, Mexico, the MiBici bike share system started in 2014 with 30% female ridership and by the end of 2020, the first-time users were 37% female. In the first half of 2021, however, the ratio was 56% women and 44% men — the first time it was higher for women.

Why the change? MiBici researchers asked this very question and presented their findings during NABSA’s 2021 annual conference. The jump in female registrations was largely attributed to MiPasaje, a government mobility support program specifically designed for low-income, female heads of households living in marginalized areas. The program included two daily public transportation tickets, as well as a MiBici membership.

If it wasn’t for this program, the ratio of women and men signing up for bike share wouldn’t have switched like it did in 2021. Since the men surveyed usually had access to a car, motorcycle, and/or a personal bike — whereas the women were more likely to rely on public transportation — the pairing of a bike share membership with free public transit passes was an important factor in increasing female bike share usage, allowing the women to more easily trip chain. Interestingly, 82% of the women surveyed also noted that becoming a MiBici user helped increase their confidence.

“I feel safe because there are more people moving by bike, as I’m not the only one, we’re more visible to car drivers” reported one female user. “The increase in cycling infrastructure had a big influence as well.”

The government conducted its own survey of 303 MiPasaje users and found that they had an average of 2.3 children, and that safety  — primarily from cars and poor infrastructure — remained the primary barrier for them using bike share more. In Guadalajara, like much of the U.S., safety is a deal-breaker in women bike riding.

The MiBici researchers concluded that the MiPasaje program was an important action to achieve social equity for an underserved group, helping to close the gender gap in registrations, but that it only accounted for a small fraction (.2%) of the 2021 trips overall, meaning more work was needed to ensure women were consistently using bike share. To make strides on that front, they offered some suggestions:

While it may be true that some women are more hesitant to get sweaty or mess up their hair while bicycling, that’s also true for some men. Nonetheless, those are secondary reasons and don’t explain the disparity in bike share use. In order to get more women bicycling, we need to rethink our systems with them in mind, implementing huge changes to our street networks, overhauling the way our shared bicycle systems are designed — what they can carry, where stations are placed, and whether they accommodate children — and launching programs that are specifically designed for target demographics.

It should be noted that in the Netherlands, these changes only began to take place when women, and specifically mother activists, began fighting for safer roads. More female leadership in bike share, as well as more everyday activism from women, will only help make our systems more inclusive of and equitable for everyone. 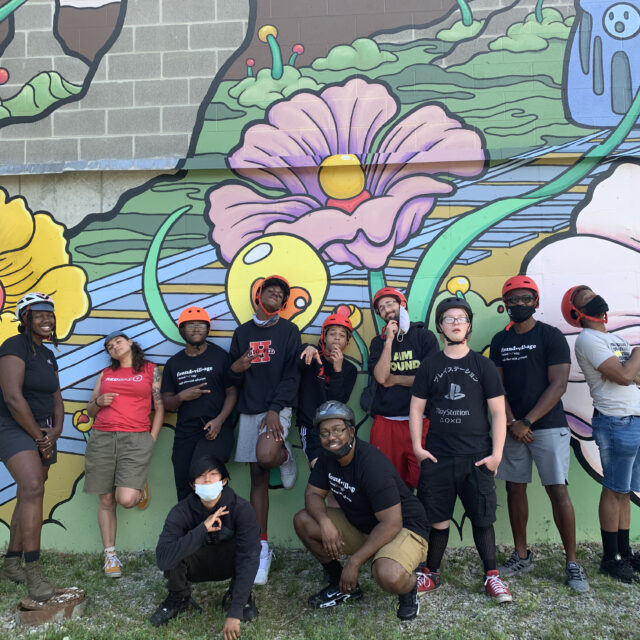 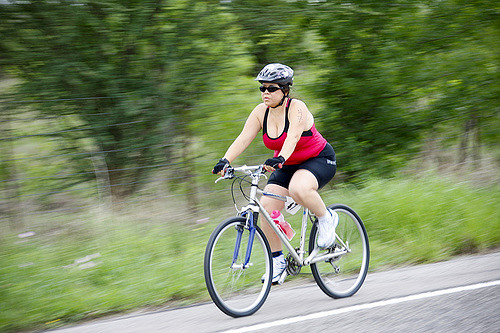