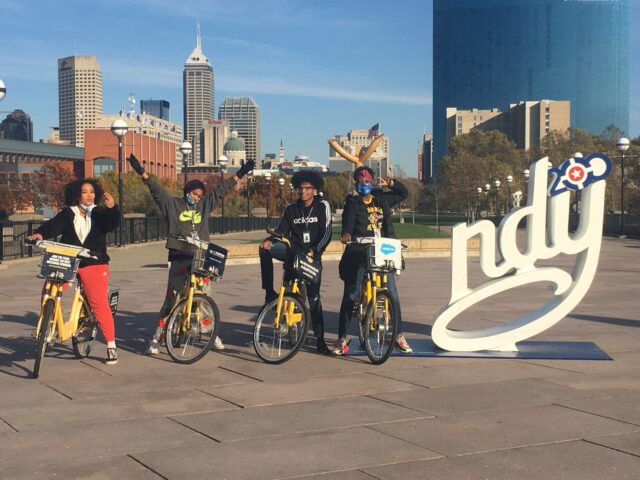 In Indianapolis, kids as young as 14 can use the Indiana Pacers bike share system with parental approval. Still, the nonprofit that operates it, Indianapolis Culture Trail, Inc., noted a lack of ridership among the city’s youth. Knowing the importance of drawing in users of all ages, the organization applied for a 2020 BBSP mini-grant to fund its first Transit Champs program. The goal of the pilot was to take students through a multi-week course focused on using and navigating transportation options in Indianapolis.

“We chose Metropolitan High School, which is a non-traditional public school that helps out students with bus passes but ultimately expects them to get to and from school on their own,” says Frank Stone III, Everybody Rides program coordinator at Indianapolis Cultural Trail. “We saw that they were making multiple transfers or the trips were extended—we thought this would be a great opportunity to team up and introduce students to this alternative mode and see if it could be a good pairing for them.”

Interested in applying for a 2021 BBSP Mini-Grant? Applications are open until April 9, 2021.

Like many 2020 initiatives, Pacers Bikeshare was forced to pause and reimagine the Transit Champ programs due to the pandemic. After Metropolitan High School, known as Indy Met, transitioned to virtual learning, however, Stone and his team decided to also kick off Transit Champ recruitment virtually in August of 2020. When the school reopened for in-person instruction in September, the team started tabling during lunch periods to garner additional interest. By October, 11 students had signed up to be Transit Champs.

As the name suggests, highlighting how bus trips could be supplemented by bike share was a key component of the program. Participants met at least one day a week for six weeks and learned how to use Pacers Bikeshare in conjunction with the IndyGo public transit system. Classes consisted of a quick “Bike Share 101” lesson and then the class would transition to a planned group ride for the day. Once at a bike share station, students would work on the things they learned during the classroom component, including checking tire pressure, brakes and the bell. While on the group ride, the class practiced bike riding skills such as navigating on-road bike lanes, trails, signaling, riding as a group and communicating with other riders.

“It’s important to help get that first bike share experience out of the way with support,” says Stone. “That way, people can go through the instructions and download the app together—it helps ensure they have a good experience.”

The rides allowed the students to explore practical and fun bike routes safely as a group and with their annual pass, a perk of participating in the program, they were able to make these a part of their routine. Along the ride, students pointed out bike share stations they could use to connect their bus routes and found the bus stops they used regularly, helping to create “aha” moments when it came to connectivity between the two modes. Each ride also included a break for group conversation and importantly—since food always attracts teenagers—snacks.

“It’s a balancing act between education, staying focused, and having fun,” says Stone, adding that getting kids to stay longer after school is hard enough. “We showed them places where they could get rehydrated or grab nourishment within riding distance, as well as protected trails and other important landmarks.”

The Indianapolis Culture Trail ultimately landed on Indy Met as its high school of choice because it was located within comfortable walking distance to a newly expanded bike share station, and because the school was such a willing partner. Indy Met also has a focus on making sure no individuals slip through the cracks, championing students through unconventional or unforeseen life circumstances.

“The administration there really goes the extra mile in supporting its kids,” says Stone. “That’s an effort we wanted to be a part of.”

For systems looking to replicate the program, Stone says collaboration is key, as is spending an adequate amount of time getting to know the students, building genuine relationships and cultivating trust. Throughout the six weeks, Stone says it was important to emphasize the myriad of transit options and the way bike share could easily fit into the student’s lives, in many cases making the trip from point A to point B a lot faster. Longterm, the hope is that these Transit Champs, and future iterations, will serve as bike share ambassadors throughout their communities and lives.

“Our riders become part of an extended family, and they do tend to brag on the experiences that they have,” says Stone. “We definitely thought this program would be a good way for word of mouth to spread around the ease of use and access when it came to bike share.” 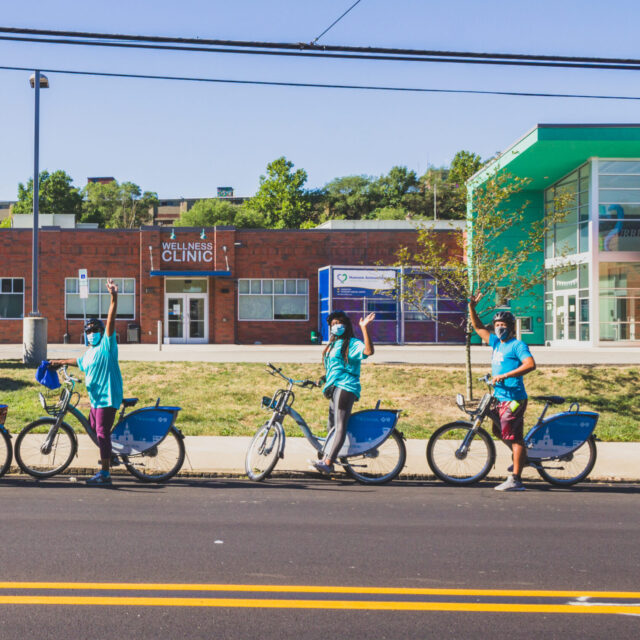 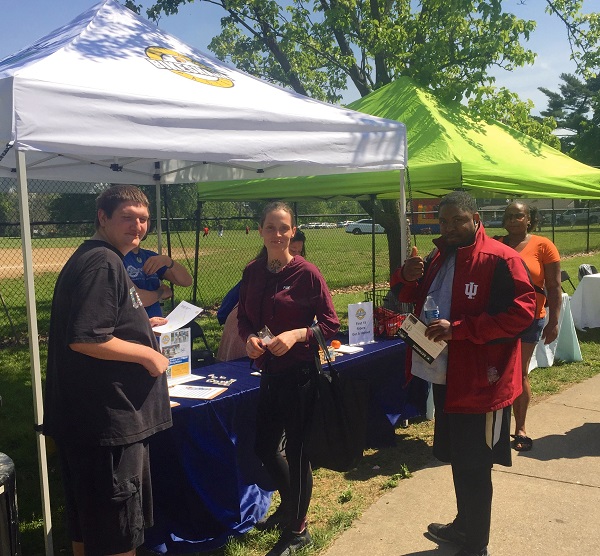