We spoke to bike share professionals in Philadelphia, Cincinnati and Detroit on the importance of and methods for maintaining a cash payment option. 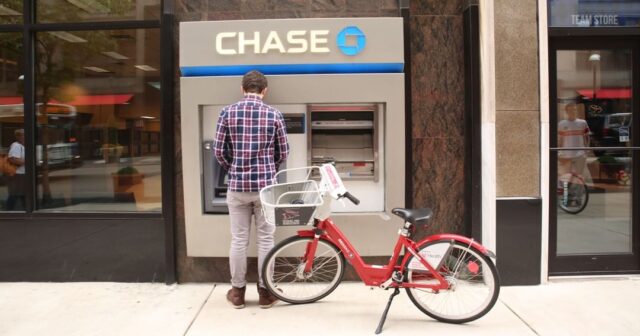 From the inception of the Better Bike Share Partnership, we’ve believed that maintaining a cash payment option is important. In fact, when BBSP founding partner Philadelphia launched Indego in 2015, it offered the first wide-scale cash payment option in the country. A study completed late last year by researchers at the National Institute for Transportation and Communities found that 15% of adults in the United States don’t have a bank account or credit card, and many don’t have access to a smartphone or data plan either. Not only does accepting cash help break down barriers for the unbanked but it also provides an anonymous option for those who are hesitant about sharing their personal information, whether due to their immigration status or a general distrust of surveillance.

Not being able to track bike share users, however, can present a problem when bikes start to go missing or are abused, as became the case in Philadelphia. Many systems also don’t necessarily want to undertake the bureaucratic lift of cash payments when they aren’t seeing demand, a real but flawed argument (after all, it’s hard to know if demand exists without a well-advertised system in place). What’s certain is that in the half decade since Indego first began accepting cash payments, a lot has changed in shared micromobility.

We spoke to bike share professionals in Cincinnati, Detroit and Philadelphia to get the lay of the current cash payment landscape.

Cincy Red Bike, the bike share system for Cincinnati and Northern Kentucky, has been accepting cash payments for its Go Pass since it first launched in 2018. The program, which offers discounted $5 monthly memberships to people with a household income at or below 200 percent of the federal poverty guidelines (everyone on government assistance qualifies), was created in order to make bike share more accessible. For this demographic—folks who might be unbanked, distrustful of institutions, or lacking a card with reliable funds—cash payments made sense.

“We knew there were several different reasons why people did not want to use cards or could not,” says Elese Daniel, former education and outreach manager at Red Bike and newly appointed general manager at Nashville BCycle. “We recognize people need to pay in cash and we’re willing to take it on.”

In the beginning, Go Pass members could pay in cash by appointment at the Red Bike Shop downtown, but that system proved a little too loose and slightly frustrating for technicians working in the office. The fix was to move the in-person cash payments to specific days and times (Tuesdays and Friday, from 11am-4pm) while keeping the same location. Red Bike also established a partnership with Findlay Market, an open-air public marketplace, where qualifying patrons could stop by the information booth and pay in cash for their membership (this option has been on pause since the beginning of the pandemic).

Prior to COVID-19, Daniel estimates that 70% of Go Pass users paid in cash. In the early days of the pandemic, things changed and roughly 70% of folks were using online cards. Currently, there’s a consistent stream of folks that renew at the shop every month, providing an opportunity to check-in on best practices and for users to offer feedback on the system. Although when e-bikes were first introduced there was some irresponsible use and a slew of missing bikes, in general Daniel believes the $5 helps build investment for people in the system.

“It’s all honor-based, so if you don’t return your bike, you lose access,” says Daniel. “That access is valuable to people.”

Down the road, Red Bike hopes to roll out self-service Go Pass kiosks, where those shopping at a store like Meiser’s Grocery can use a tablet to sign-up or renew their membership, ultimately paying a cashier in-person with cash. It’s all part of the nonprofit’s commitment to reducing as many barriers as possible to bike share.

“Throughout all of the research that people are doing about bike share equity and access, everyone always indicates that they would like to pay in cash,” says Daniel. “So why not? Just listen to the people and do the thing they’re saying that they want.”

“We’ve always had a cash payment option within our bike share system,” says Rory Lincoln, MoGo’s director of programming and operations. “That was something that was really important to our founding executive director.”

In Detroit, there are many people that are unbanked, underbanked or without access to credit and it was never a question that this population should also be able to access bike share. When MoGo launched in 2017, it took inspiration from Indego in Philadelphia and began using PayNearMe, an electronic payment platform that allowed people to sign up for a cash membership online and receive a barcode that they could either print out or access on a mobile phone. They could then visit a 7-Eleven, CVS or Family Dollar, where the cashier would scan the barcode and accept a cash payment.

“We launched it in conjunction with our programming and it worked really well,” says Lincoln.  “With our Access Pass users, who can get a year pass for $5, I think it was something like 75% were paying with cash.There’s just a very clear correlation between that pass, which was designed to accommodate folks who are on state assistance, and the need to pay with cash.”

“We launched it in conjunction with our programming and it worked really well,” says Lincoln.  “With our Access Pass users, who can get a year pass for $5, I think it was something like 75% we’re paying with cash.There’s just a very clear correlation between that pass, which was designed to accommodate folks who are on state assistance, and the need to pay with cash.”

In January of 2021, however, PayNearMe alerted MoGo of a new fee structure that the nonprofit found financially insurmountable. In order to keep cash payments, Mogo knew it needed to pivot, ultimately switching to Cash App in May 2021. Cash App is a digital way to send and receive money, as well as to maintain an alternative bank account or secure a free debit or credit card. In contrast to traditional banking, it’s much easier to get a Cash App account, as registration involves little of the paperwork or information typically needed. Yet unlike PayNearMe, which necessitates access to a computer and internet, Cash App is an application and thus, requires a smartphone.

“It fills an accessibility point for some but it makes it harder for those that don’t have phones,” says Lincoln. “We work with a lot of people with instability or recovering from addiction—a lot of those people don’t have access to a smartphone. We’ve bridged one gap only to end up with another one.”

In order to continue to accommodate those populations, MoGo has been working in conjunction with its community partners, going directly to those places where it knows there’s a digital divide, such as halfway houses or homeless shelters. Typically, during some sort of hot meal service a staff member will make an announcement alerting folks to the fact that a Mogo employee is around to talk about bike share and register people for memberships. Using a laptop and the hotspot from a phone, the MoGo employee will then sign folks up manually, collecting cash if the fee isn’t covered by the partner organization. For everyone else without smartphone access, MoGo asks that they contact the customer service team directly (so far, no one has done so).

When asked about whether missing bikes or bikes not being returned has been an issue, Lincoln says that in Detroit, there’s zero correlation between misuse and cash paying customers. Overall, he’s been pleased with the switch, explaining that from an operational standpoint, Cash App is both cost effective and entails less administrative paperwork.

“Honestly,” says Lincoln. “It’s been a couple of months and it’s kind of a win-win.”

“Throughout our research and conversations with community members, as we learned what the different barriers to bike share were, cash payments and being unbanked came up quite a bit,” says Waffiyah Murray, the BBSP program manager at the City of Philadelphia. “An option to pay via cash was important for us because it was important to some of our community members.”

When Indego first launched in Philadelphia in 2015 it used PayNearMe. At the time, there were almost 100 locations where folks could use PayNearMe, many of them within the bike share’s current service area, and data showed that roughly 3% of people took advantage of the option. For years, Indego happily used the system to offer cash payments.

“We recently had to put a pause on a cash payment system because unfortunately, we had a few people taking advantage of it,” says Murray, explaining that since the cash accounts aren’t connected to a debit or credit card, there was no way of tracking it back to a user. “Because of that, we had some people abusing the cash payment option by checking out bikes and not returning them. That really escalated once we added e-bikes to the system.”

Indego and the team at Bicycle Transit Systems, its operator, are currently rethinking cash payments in a way that will work for everyone, drawing inspiration from Detroit’s use of Cash App. Murray sees the reliance on the internet or a smartphone as another barrier but mentions steps Indego has taken to alleviate it, such as its Digital Skills and Bicycle Thrills program or connecting folks to free internet resources. For Philadelphia, the tough part about Cincinnati’s method, which doesn’t require internet, is the staffing requirements. A workaround could be partnerships with community organizations that would serve as host sites. Again though, it’s not clear whether that method is feasible on a large scale or alleviates certain users’ privacy concerns.

As Indego continues to weigh its options, the team has been working with community partners and other city departments to figure out ways to stop the issue of bike theft and improper use. It’s an ongoing struggle but not one that will deter Indego from maintaining a cash payment option.

“With equity, it’s about creating systems that support everyone, not just the majority but also the minority,” says Murray. “It’s not easy but it’s still a need, especially in our community.” 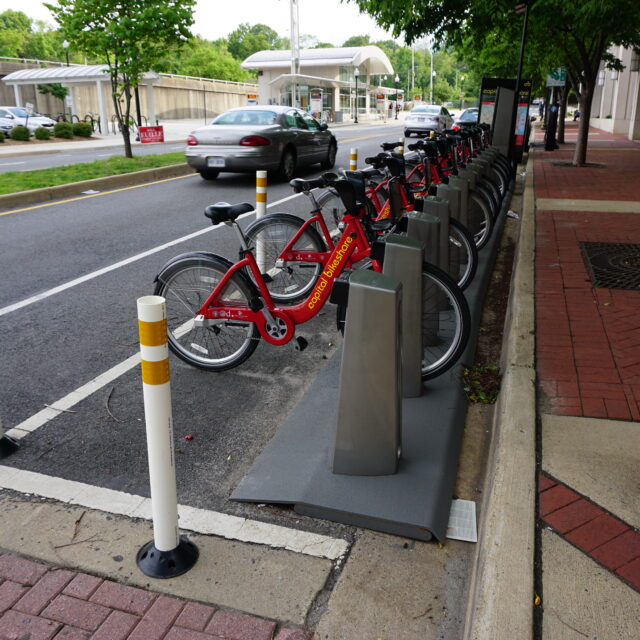 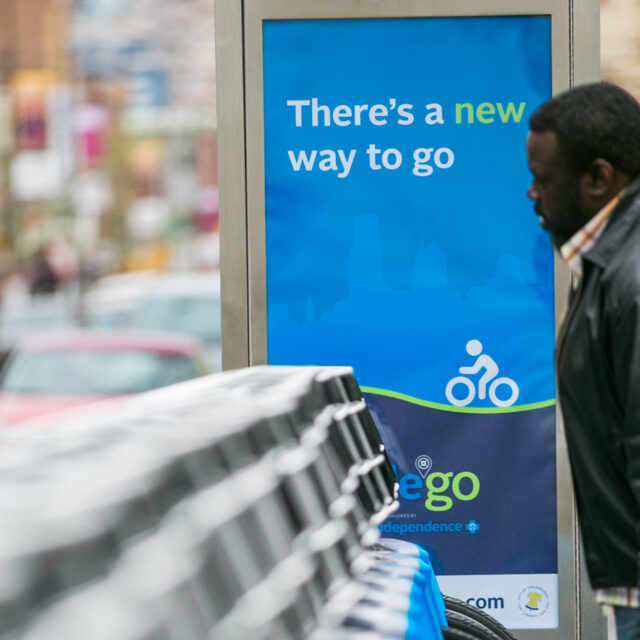