A Transportation Justice fellow speaks to his work getting 16 Divvy bike share stations installed in a primarily Latinx ward on Chicago’s far southeast side. 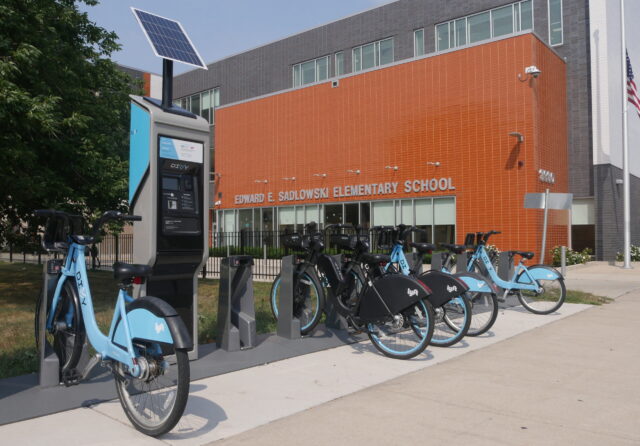 In 2014, when I moved into my apartment in Pilsen, a primarily Latinx neighborhood on Chicago’s lower west side, I hung up a map of Chicago’s Divvy’s bike share program on my wall. I had spent the previous years living in Madison, Wisconsin, and Austin, Texas, where I commuted by bicycle and I hoped to do the same now that I was in Chicago. Immediately though, I noticed that Divvy stations were not evenly distributed throughout the city.

I grew up on the southwest side of Chicago, an area approximately 30 square miles in size with about 350,000 residents, 70% of which identify as Latinx. Despite its size, in 2014 my neighborhood had only two miles of bike lanes and zero Divvy stations. The disparity becomes obvious when you compare it to the north side of Chicago, where there are approximately 300,000 residents, majority white and wealthy, living across 20 square miles. At the time, the area had about 25 miles of bike lanes and some 90 Divvy bike share stations.

In 2015, I was hired to be the Chief of Staff for Alderwoman Susan Sadlowski Garza of the 10th Ward, representing seven neighborhoods on the far southeast side of Chicago. I was ecstatic to begin and set an ambitious goal of making the southeast side the most bicycle-friendly neighborhood on the south side of the city. Similar to the neighborhood I grew up in, the southeast side is on the fringes of the city, with about 18 square miles and 50,000 residents, of which 65% are working class Latinx. When I started, the neighborhood had less than five miles of bike lanes and zero Divvy bike share stations. I knew that in order to reach my goal, I was going to have to work with residents, elected officials and Divvy to expand the bike share network to the communities I now served.

Between 2015 and 2019, anytime Alderwoman Garza and myself had an opportunity to meet with the Chicago Department of Transportation (CDOT), we would press them on the timeline of Divvy bike share expansion into the far southeast side. For four years, we heard a plethora of excuses from CDOT, including that the point to point system was not continuous at the time due a lack of stations on the far south side and that there was a lack of additional Congestion Mitigation and Air Quality Improvement (CMAQ) Program funding for the installation of more bike share infrastructure.

In 2019, Lyft approached the City on an expansion deal that would relieve Chicago of Divvy’s operational losses and create a job training program for youth and ex-offenders. By April of that year, the Chicago City Council voted to amend the Divvy contract. The amendment called for an addition of 10,500 publicly-controlled electric-assist bikes; the expansion of the bike share system citywide, including every ward in the city; a guaranteed minimum of $77 million for the city over the remaining nine years of the contract; and a $10 million investment in the Divvy for Everyone equity program, which offers discounted passes for those who qualify based on their income. Finally, in the beginning of 2020, right before the global pandemic, Divvy reached out to our office with great news: They were ready to begin expansion into the 10th Ward.

In 2018, when several dockless bike share companies were given permission to run a pilot program on the far southeast side, I saw it as a litmus test of sorts, where the data would be used in service of Divvy’s eventual expansion.  I communicated with each of the three companies on a weekly basis to ensure that dockless bicycles were being distributed equitably and fairly across the entire pilot area, covering the areas Divvy didn’t serve. The relative success of the dockless bike program, despite its many limitations, certainly provided encouraging data. As soon as the ink dried on the expansion contract, Divvy prioritized expansion into the far southeast side.

When Divvy reached out to Alderwoman Susan Sadlowski Garza about expanding the bike share program, she told them, “I will leave this in Ismael’s hands—he is the bike guru, and will ensure that every neighborhood in our ward gets represented.” I was certainly delighted to be assigned directly to fulfill my ambitious goal. I worked directly with Divvy’s team and began scrupulously looking at the company’s expansion maps. Our office wanted to ensure that residents in each of the ward’s seven neighborhoods would be within a 15-minute walk to a Divvy station. It was also important that stations were placed in commonly used areas such as schools, parks, businesses, shopping areas and adjacent to public transportation. 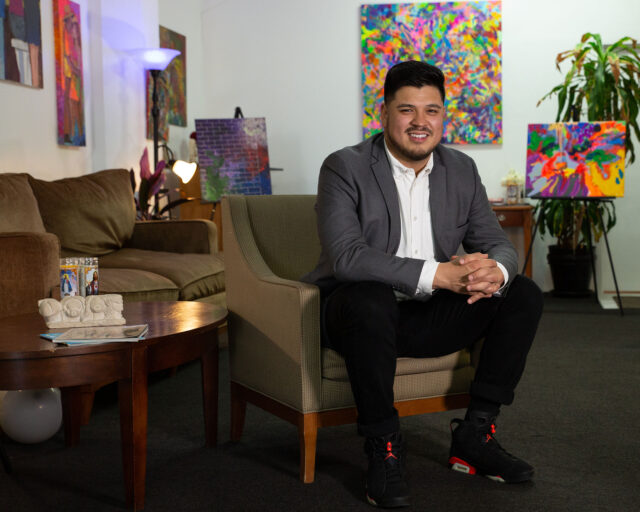 Ismael Cuevas is a BBSP and NACTO 2021 Transportation Justice Fellow.

This was very challenging for a set of issues that are unique to the 10th ward. First, the 10th Ward is the largest ward by square miles in the city, bordered to the east by Indiana and to the west by Illinois International Port Authority along the Calumet River. Throughout, dense residential neighborhoods are nestled between active railroads and industrial corridors. I used my knowledge of the historical context of each of the seven neighborhoods to make recommendations of where stations needed to be installed.

About 90% of the original map was modified due to my advice and analysis, which took into account race and class demographics, infrastructure variables such as movable bridges, viaducts, multi-lane high speed roads, and the future installation of bike lanes that were scheduled to be installed using capital funds. I spoke with local businesses, school principals, park supervisors, and neighbors to ensure that bicycle stations were causing the least amount of disruptions. For many stations, I canvassed a two block radius with information about the Divvy bicycles and ways to access its Divvy for Everyone program.

Since August 2020, 16 Divvy bike share stations or hubs have been installed throughout all of the seven neighborhoods of the 10th Ward. As of May 2021, the stations located at Calumet Park, Big Marsh Park, 87th & Baltimore have seen the most use. There are two stations still waiting to be installed, one at Eggers Woods and the other at the William Powers State Recreation Area, both widely used green spaces in the neighborhood.

Looking forward, there’s still more work to be done. Although e-bikes are being deployed throughout all the stations, there has not been a consistent amount of e-bikes compared to manual bikes. Given that Divvy stations are currently spread about a mile apart, this is too far of a distance for a neighborhood that relies heavily on personal vehicles and has not traditionally had a cycling culture. Community engagement must also be given a robust budget to properly ensure that the residents understand how to use the Divvy system. Preliminary numbers indicate that stations are being used but when you compare usage numbers to the north side, there difference is stark. The revenue generated must be reinvested to ensure that the promise of equity is delivered.

In Categories: Stories
In Tags: Divvy
In Topics: Transportation Justice 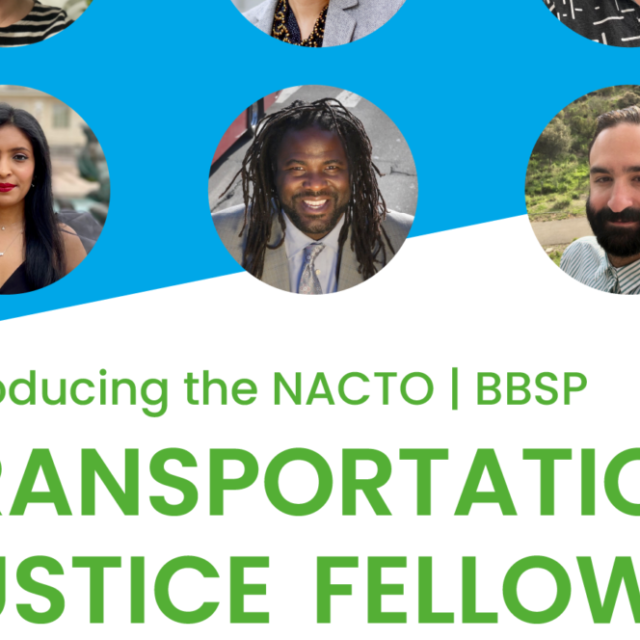