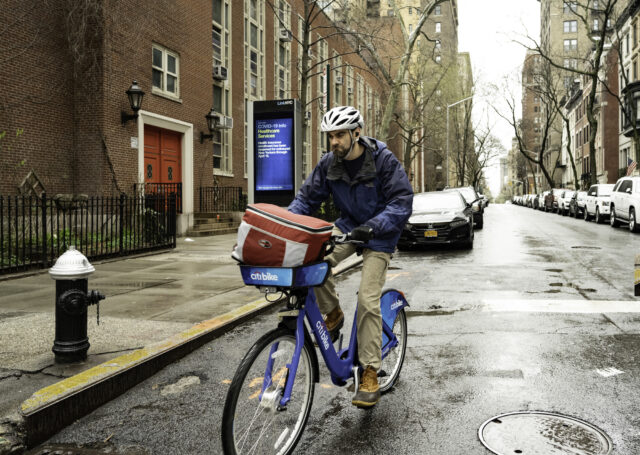 A man uses a Citibike to make a delivery during the New York City lockdown on March 28, 2020.

A new study, published in the Yale Journal of Biology and Medicine, begins by highlighting the discrepancies in COVID-19 contraction and death rates amongst BIPOC individuals. It’s a well-documented fact: The U.S. populations that have been historically marginalized—namely Black, Latino, and Indigenous folks—have suffered from COVID-19 at higher rates than white people.

It’s also true that once the pandemic hit, public transit, ride-hailing, and taxis became dangerous. Both facts are inextricably linked. Since there exist inequities in transportation, especially for Black and Latino people living in urban settings, there was an increased risk of burden for those who didn’t own a car (one in five Black households) or who don’t live close to their places of work and essential services (again, primarily Blacks and Latinos). For many, public transportation remained the only way to get to grocery stores, testing sites, you name it.

Responding to the demand for bike share at the outset of the pandemic, systems across the country made changes to membership requirements to increase accessibility, targeting essential workers. Essential workers in the U.S. also happen to be disproportionately Black and Latino, underpaid, and reliant on public transit. The study, “Who is Biking for?,” documents changes made by bike share companies and discusses those changes in the context of longstanding racial disparities in bike share access. The paper underscores how access to alternative forms of transportation, such as bike share, has become critical yet remains unequal.

In some cities, the reach of these free and low-cost membership initiatives was limited due to who was included as an essential worker (NYC, San Francisco, and Boston’s policy changes did not include food workers, food retail workers, or hospitality workers). Overall though, it was the pre-existing landscape of bike share access in these cities that prevented low-income, Black, and Latino residents from accessing bike share due to the placement of stations. A national survey of 33 urban bike share networks found that they primarily serve residential areas with white, wealthier, and more English-proficient residents. Bike share networks also disproportionately serve higher-learning, college-educated, white-collar workers. Because of these factors, the study found that any temporary changes made were unlikely to have reached those most in need of transportation alternatives.

BBSP exists to help change the bike share landscape by making shared micromobility more accessible to and inclusive of those who have typically been forgotten. We wholeheartedly agree with the study’s conclusion that “there remains a great opportunity for bike share companies, city planners, and transit authorities to invest in greater bike share and biking equity.” However, even when infrastructure exists in historically marginalized neighborhoods, that doesn’t mean people will use it. Community engagement and education is key—the study’s researchers, Max Jordan Nguemeni Tiako and Daniel C. Stokes, highlight that one of the key barriers to bike share use in low-income neighborhoods includes issues of safety, cost, and lack of information.

It’s also important to remember that the infrastructure for people to feel safe while bicycling, such as protected bike lanes, is unequally distributed in most U.S. cities. Tiako and Stokes suggest state-sanctioned mandates, which would require companies to distribute stations, infrastructure, and promotional materials equitably, including marketing campaigns specifically targeted towards racial minorities and low-income residents. The study also offers a succinct, three-pronged approach: understand barriers to use, address those barriers, and broadcast changes widely.

Unsafe neighborhoods, not knowing how to ride a bike, or lack of nearby grocery stores are all reasons why bike share equity can’t be discussed in a vacuum. Nevertheless, it’s crucial that we work together to improve bike share access and use in underserved communities, connecting people to jobs and essential services. The best time to have done so would have been before the pandemic—the second-best time is now. 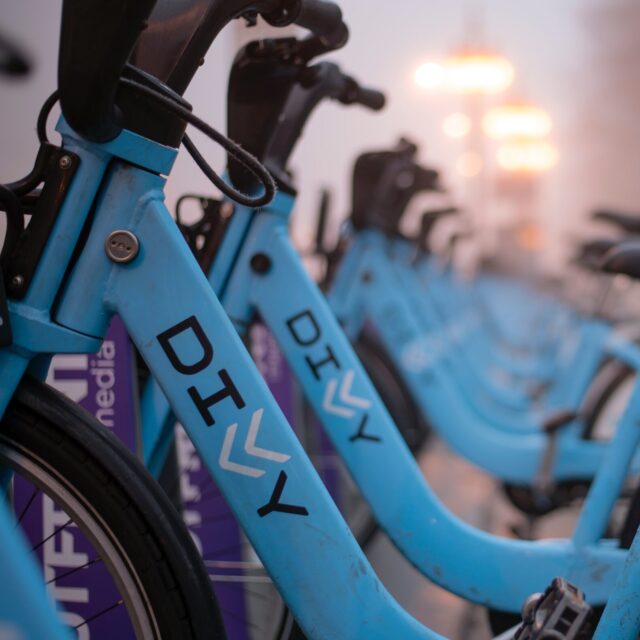 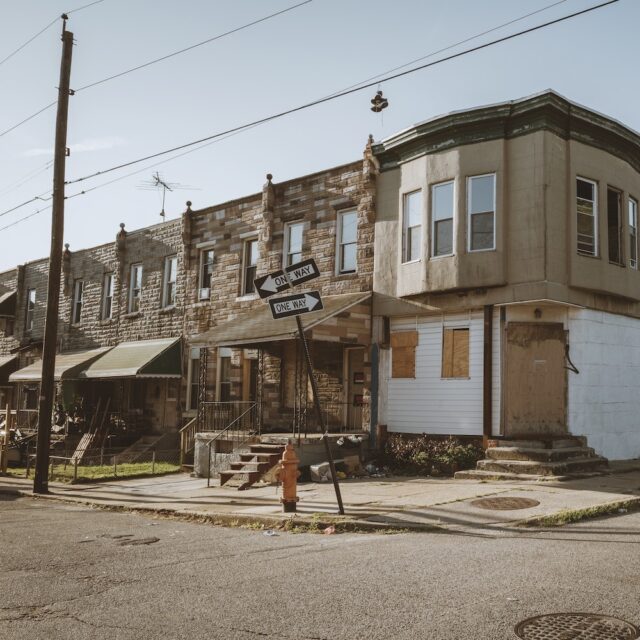