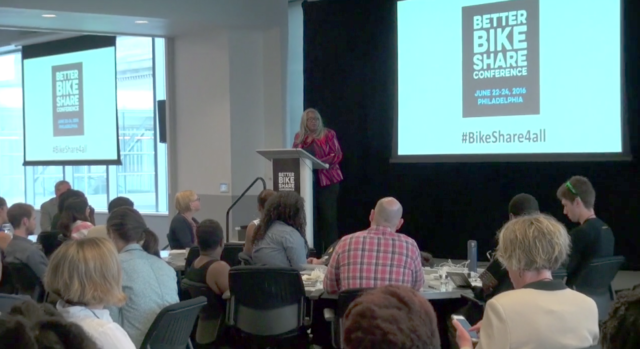 The campaign to broaden bike-share use is going through the same shift that all of bike advocacy went through over the last 20 years.

In the 1990s, U.S. efforts to boost bicycling focused overwhelmingly on individuals and their personal choices and skills: What sort of people bike? How can we teach more people about hand signals and tube repairs?

That work is still a crucial part of biking evangelism. But today there’s general consensus that biking can be for almost everyone … and though knowing hand signals is terrific, it won’t do you much good without streets that are safe to bike on.

In the same way: having (for example) a cash-only way to buy bike share memberships is terrific, but won’t get you on a bike if it takes you 20 minutes to walk to a station.

To be equitable, your system has to be useful

That’s one of the interesting lessons in the video above, which is out today from the National Association of City Transportation Officials, Streetfilms and the Better Bike Share Partnership.

It was filmed at the recent Better Bike Share conference.

“When the question comes up, it’s frequently framed in the sense of Who rides a bike, who doesn’t ride a bike, are there certain neighborhoods where no one’s using Hubway?” Casimir said. “If you really look at the data with an understanding of how bike share works, it’s more about: What have we done to make sure that certain stations won’t get used. Is the station density correct? If it’s not correct, we know the station won’t get used.”

In short: If bike share isn’t serving enough people of color, low-income people or whoever else, that might be because it hasn’t been installed in a way that’s useful in the daily lives of enough of those people.

But systems can be planned differently.

Most U.S. cities can’t dream of the density that New York City is pursuing: 28 stations per square mile, enough for everyone to have one within a five-minute walk. But they can still pay close attention to making bike sharing convenient and useful to their underserved populations as well as merely accessible.

This doesn’t mean that programming and marketing are unimportant 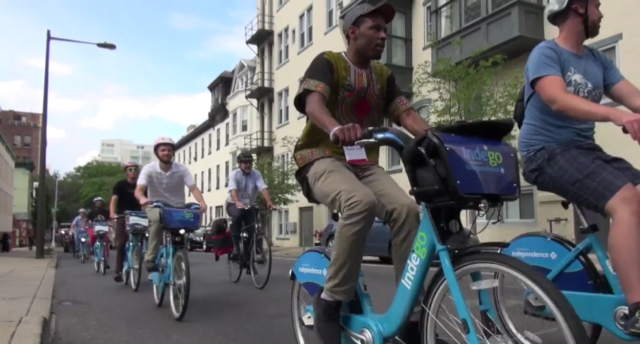 Infrastructure isn’t the only ingredient in equity, of course, and it’s not the only insight shared in the new video.

Carniesha Kwashie, the Better Bike Share Project grant manager, offers a concise summary of why hiring street teams from the targeted communities, as Philadelphia’s Indego system has done, is so powerful.

“Those folks are now able to go into their neighborhoods and people say, ‘Well, what’s that shirt?’ Or ‘Why are you riding a bike?’ And people say, ‘Oh, I work for Indego.’ And it changes the perception that that’s just for certain people.”

Jaleel Williford, a street team member for Indego, talked about the benefits from his own perspective.

“Getting to meet so many people — I mean, it’s crazy,” he says. “From now and six months ago, how many people I’ve met and how many opportunities I got to learn about — it’s just awesome.”

Kiera Smalls, marketing and community relations manager for Indego, summarized how everyone in a bike sharing system needs to be part of its equity efforts.

“We are working to create a system that is for everyone,” she said. “All walks of life, no matter age, race, gender. … Whether it’s your operations team, your customer service team, your marketing team, and we are working out a way to make sure that your system is inclusive for all.”