Washington D.C. has made it easy for citizens and businesses to play a role in painting its bike corrals and curb bump outs, with beautiful results. 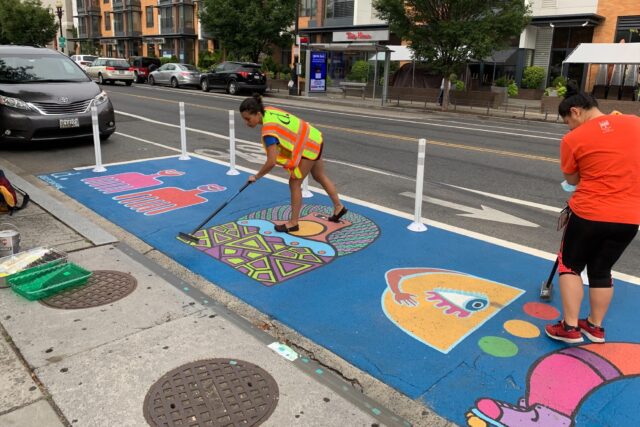 All photos courtesy of the District Department of Transportation.

The current version of the The Manual on Uniform Traffic Control Devices for Streets and Highways, or MUTCD, is a bit of a bummer. While advocates have been pushing for a slew of research-based amendments to the manual, one of the most universal complaints applies to the prohibition of painted crosswalks and intersection murals. While many cities can get away with flouting the rules with a slap on the wrist from state authorities, Washington D.C. operates as both a city and a state, in full view of the federal government.

“Other cities have murals in intersections that cover entire streets, but we unfortunately can’t do that,” says Emma Blondin, transportation planner for the District Department of Transportation (DDOT). “Our [Arts in the Right-of-Way (AROW)] program was a way of getting creative with where we can put art in the public space.” 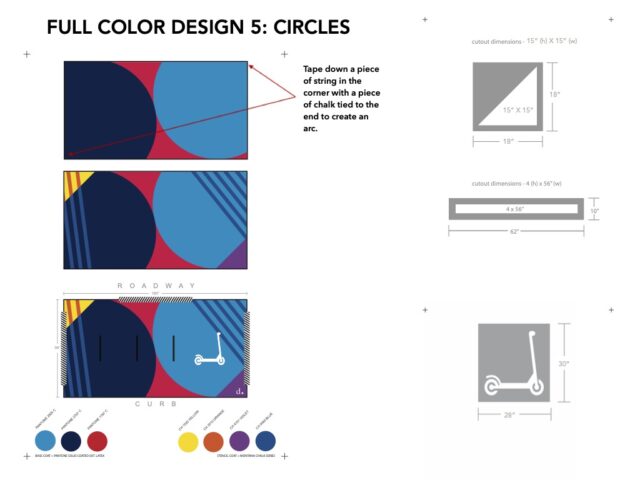 Launched in 2019, the AROW program facilitates art in the public right-of-way through the beautification of bike racks, utility boxes, curb bump outs and pedestrian zones. Since the program’s inception, DDOT has developed a handful of art guides geared toward sharing out best practices and empowering residents to take an active role in creating more colorful neighborhoods.

DDOT created the guides after successfully painting traffic control boxes, crosswalk banners (not to be confused with painted crosswalks), streatery barriers (a pandemic development), closed sections of roadways and bike corrals throughout the city. For most of these projects, citizens can apply to have them installed locally, although it’s the corrals that DDOT is keen on enlisting residents, business or community groups to tackle. Working with Pipkin Creative, DDOT developed a design guide for anyone that wants to paint a corral on their own. Vibrant and easy to execute — with pre approved stencils, measurements and paint colors already included — residents can either request to paint an existing corral or suggest a location for a corral, as long as it meets certain criteria. If someone wants to use their own artwork, they can apply to do so.

“The community really likes the art,” says Blondin. “People don’t really like the flex post curb extensions because they’re ugly and get hit a lot. Being able to put artwork there really balances things out.”

The jury’s still out on whether having more art in the public right-of-way makes things safer, although instinctually Blondin believes it does, especially when applied to curb extensions, which already aim to increase the visibility of pedestrians and those using shared micromobility. DDOT has focused its efforts on installing art where there are Business Improvement Districts or Main Streets but believes opening up the process to anyone can help distribute art throughout the city. Plus, the painting process serves as an opportunity to gather community members, helping to build investment in shared micromobility in the long run.

Over the next couple of months, Blondin says more art will be popping up around the city, courtesy of DDOT and private citizens. DDOT will also be hosting an Open Streets event on Saturday, October 2, 2021, where residents can help paint curb extensions on Georgia Ave. Check out the following photographs to get a feel for the art pieces DDOT has installed to date and what’s to come. 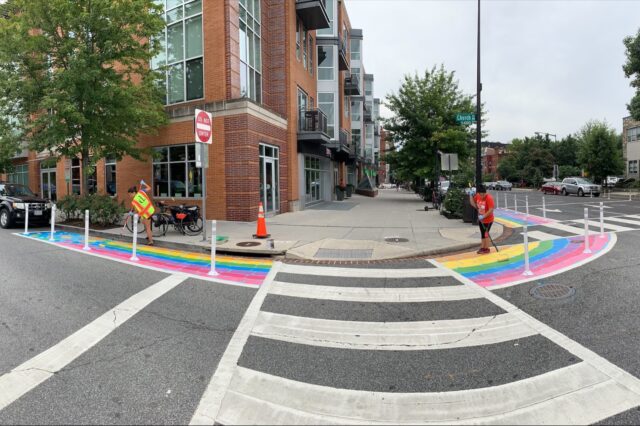 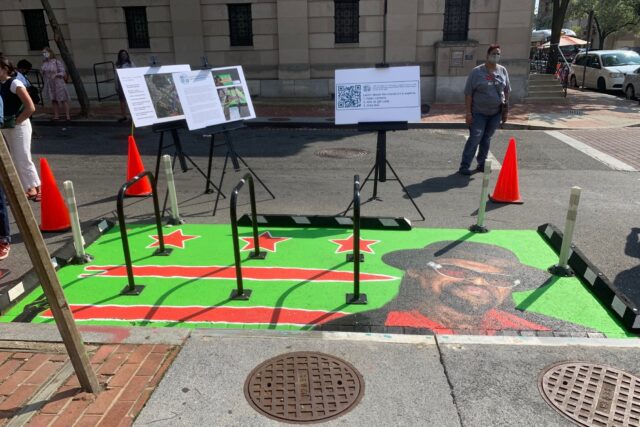 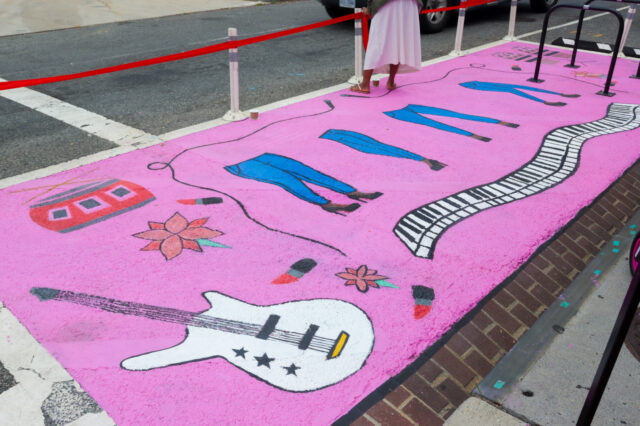 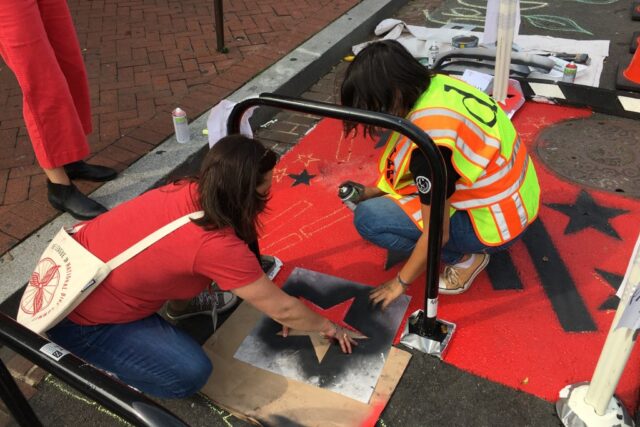 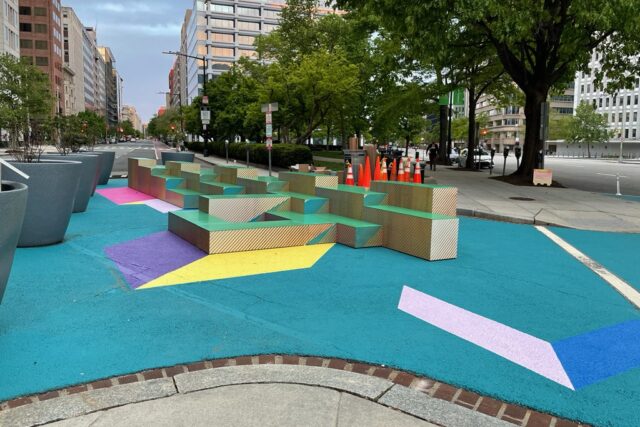 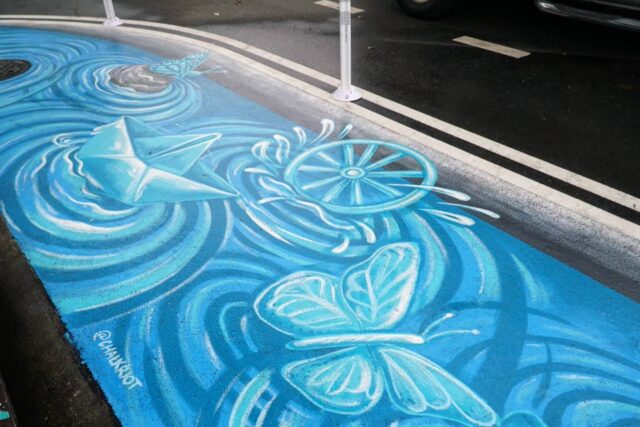 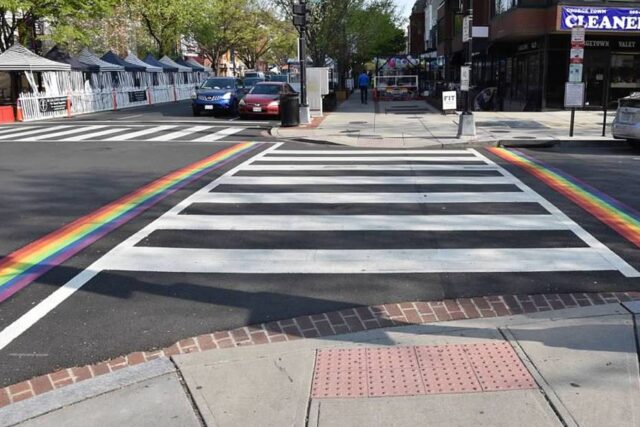 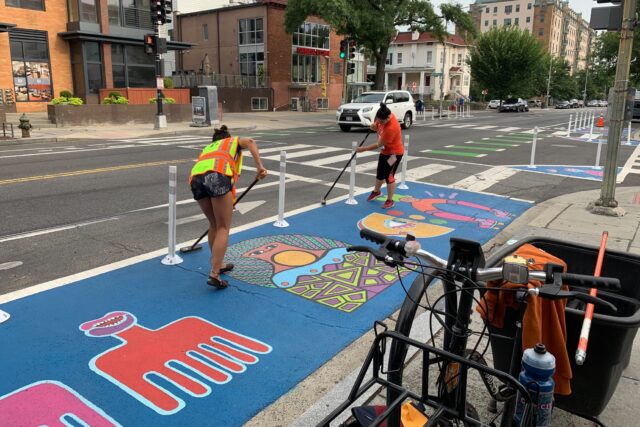 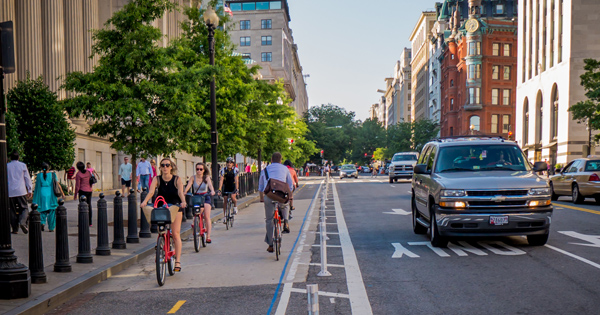 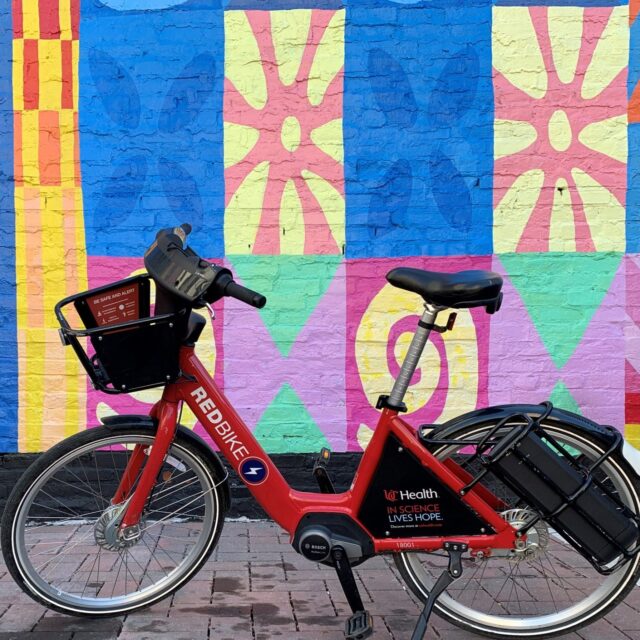