We got the scoop on Blue Krewe, a newly-formed nonprofit tasked with bringing bike share back to New Orleans. 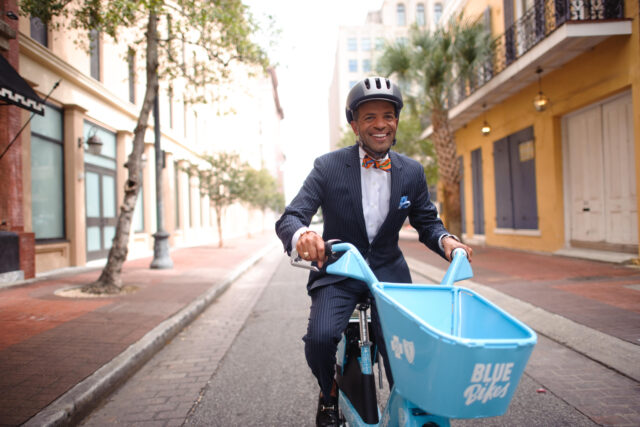 Dr. Corey Hebert, a professor at the LSU Health New Orleans School of Medicine, is president of Blue Krewe’s Board of Directors. (All photos courtesy)

Last March, New Orleans learned that Blue Bikes, the city’s popular bike share system, was suspending operations due to COVID-19. Come May, the company’s ownership changed from Uber to Lime, which opted to cease operations in the Crescent City for good. The city’s fleet of 1,300 e-bikes disappeared, leaving many residents without transportation. Last month brought good news though: By way of the newly-formed nonprofit Blue Krewe, New Orleans will bring back bike share by September 2021.

On January 14, in a unanimous decision, the New Orleans City Council approved Blue Krewe’s cooperative endeavor agreement, which was sponsored by the Office of Transportation with the blessing of Mayor LaToya Cantrell. Why the undivided support? In Blue Bikes’ first two years of operation, more than 66,000 riders rode more than a million miles in New Orleans, and from 2018 to 2019, ridership increased by 66%. The success of bike share proved there was a demand for active transportation, which New Orleans has built on with substantial investments in bike infrastructure, including 15 miles of bike lanes and other improvements in Algiers, the French Quarter, and Marigny (with plans for an additional 50 miles in other neighborhoods later this year). 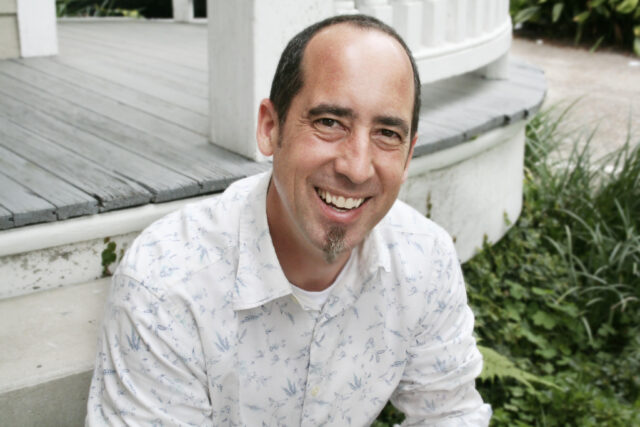 Geoff Coats, the former general manager of Blue Bikes and the CEO of Blue Krewe.

Geoff Coats, the former general manager of Blue Bikes, has been tapped as CEO of Blue Krewe, which will operate in partnership with the Greater New Orleans Foundation. “We decided that a nonprofit governance model was our best shot at creating a sustainable system that could avoid a repeat of last year’s scenario,” says Coats. “Hopefully, it will allow us to really ground the system in the values and needs of the community, as opposed to an outside entity that’s trying to look at one business model that can scale.”

In a city with a high proportion of gig workers, those community needs will undoubtedly include affordability and a strong equity component. “The economic driver in New Orleans is tourism, which means you have a lot of low-paying jobs,” says Coats, noting that it’s hospitality workers that really makes the city’s economy work. “A focus on equity is key.”

The previous equity model, Blue Bikes for All, was by many accounts a success. The program, which focused on promoting bike share as an everyday mode of transportation for residents, remained affordable for low-income folks through a $20 yearly membership (BBSP supported the program with a 2018 grant). Coats says that Blue Krewe will employ a similar model, as well as ensure that the boundaries of the service area reflect that same demographic make-up as the city as a whole.

“With Blue Bikes for All, I think people really started to see how bike share can be part of a transportation network that’s equitable, affordable, accessible, healthy and green,” says Coats, adding that New Orleans is on the frontlines of climate change. “At the time, we didn’t realize it was a proof of concept project.”

For Blue Krewe, staffing is equally important. By guaranteeing that the system’s essential jobs—the fleet technicians, the mechanics—are good-paying positions that provide people with a career, Blue Krewe hopes to bring an equity lens to both riders and employees. “Before, as companies tried to scale and find a model and path to profitability, operations teams became an expense to be minimized,” says Coats. “We don’t want [Blue Krewe] jobs turning into gig economy type jobs.”

Ultimately, Coats is hoping to go beyond Blue Bikes for All when it comes to equity, explaining that as a nonprofit, Blue Krewe can always act in the interest of the community, allowing for “one-offs,” such as additional fare types, and innovative solutions for folks that don’t have access to a smartphone. Coats is also hopeful that the new community-driven bike share model will lead to more local art and other creative partnerships. Says Coats, “Again, I think having fewer layers to go through opens the system up to more and more possibilities.”

Getting the new system up and running by September, however, won’t be easy. The downside of the nonprofit model is that there’s no big pile of Venture Capitalist money. In addition to the ongoing pandemic and global bike shortage, Blue Krewe still needs to secure more than a million dollars in funding, a new vendor to provide the necessary hardware and software, as well as 350 bikes to start (a portion of which will likely be e-bikes). Coats says Blue Krewe is currently seeking branding partnerships as a revenue stream, as well as funding from local businesses and grants.

“How big is the fleet going to be? What’s the service area? How much is it going to cost?” says Coats. “All these things will really be determined by the community partners that need to step forward.”

Once the new bike share system is up and running, Blue Krewe is obligated to reinvest all of its revenue back into the program. Longterm, that will conceivably mean a continuously expanding network and lower fares.

“The term “resiliency” gets tossed around a lot and, in many cases, it may or may not be appropriate but down here it really is, ” says Coats. “There’s a spirit in New Orleans when people set out to create something—it can be really special.” 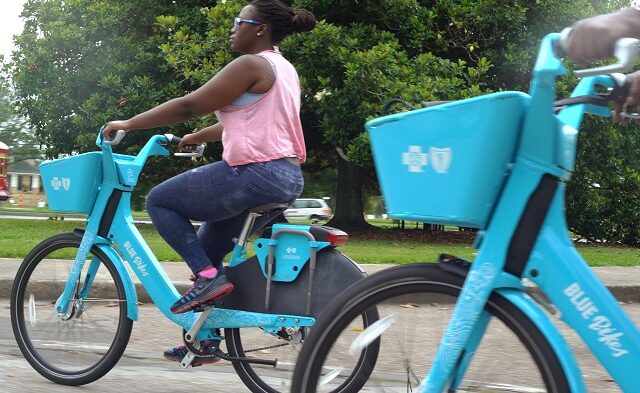 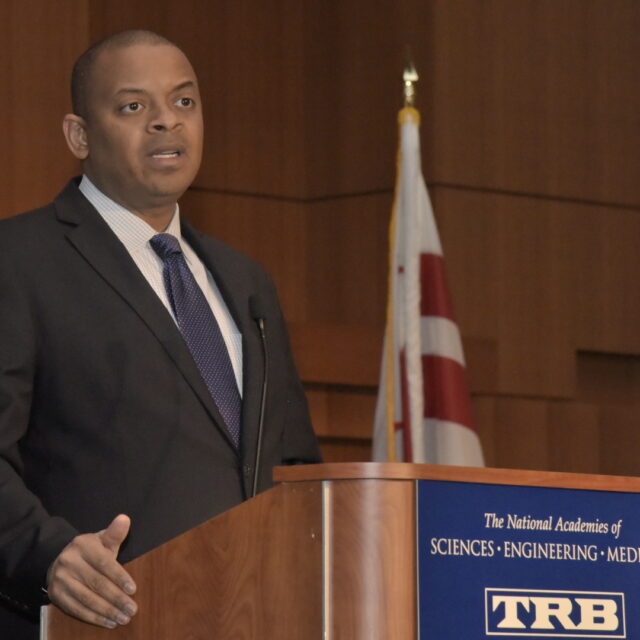 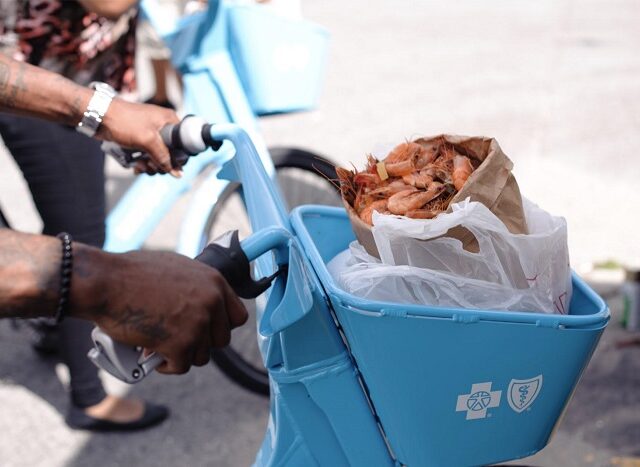