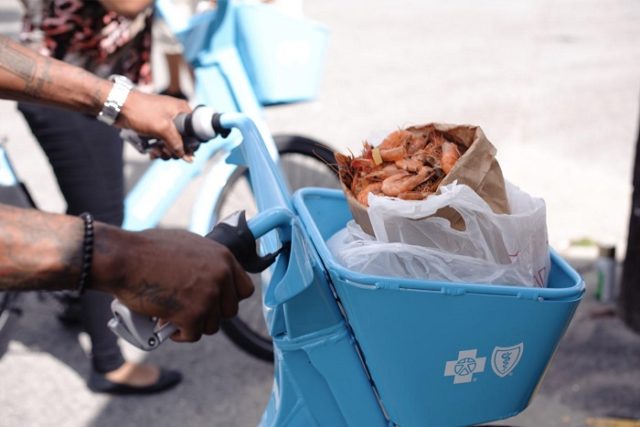 New Orleans quietly introduced its new bike share system at the end of last year, and some elements are oriented toward diverse community ridership.

Blue Bikes is New Orleans’ version of bike share, and it offers a discounted membership to qualifying riders to use the system. Blue Bikes operator JUMP Bikes and the City of New Orleans are also making efforts to conduct outreach and community engagement activities.

The reduced cost membership is offered under the Blue Bikes for All program. Whereas the usual membership is either $8 an hour or $15 a month, low-income riders can access the system for just $20 a year.

To gain access to the Blue Bikes for All plan, residents with a Louisiana Purchase card — the local EBT benefits card — can use the card number to register for the discounted rate. 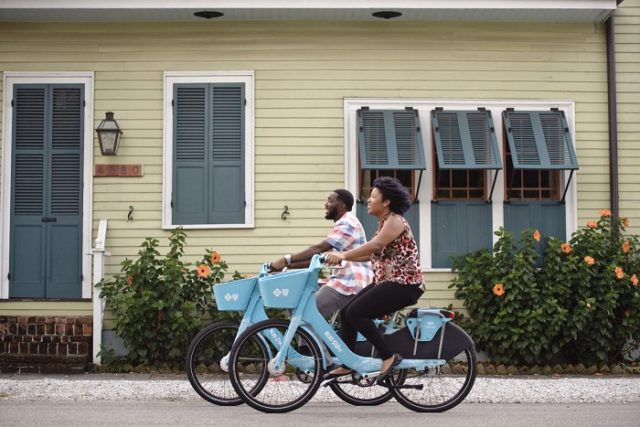 Building the system and getting the word out

Blue Bikes and the City also put a good deal of thought into the process of station siting and made plans for outreach.

“To be successful, we know bike share needs to be convenient to access,” said Ryan Mast, Hazard Mitigation Administrator, with the City of New Orleans. “We’re never wanting anyone to be more than 4 blocks away from a station.”

Geoff Coats, General Manager for Blue Bikes with JUMP Bikes, elaborated further on equity goals for station distribution. “In setting up the boundaries of the service area, we made sure that the service area taken as a whole has approximately the same demographic make-up as the city as a whole,” he said.

Several workshops were conducted throughout the city to determine the best places to put bike share. Once the station locations were decided, stores and residents nearby were notified.

The next step in the process is community engagement. “Our outreach coordinator, Destinie Hammond, is going into a diversity of neighborhoods before the station is even in and talking to people, answering their questions,” said Coats. Some additional community outreach activities include providing bike valet services during local events. 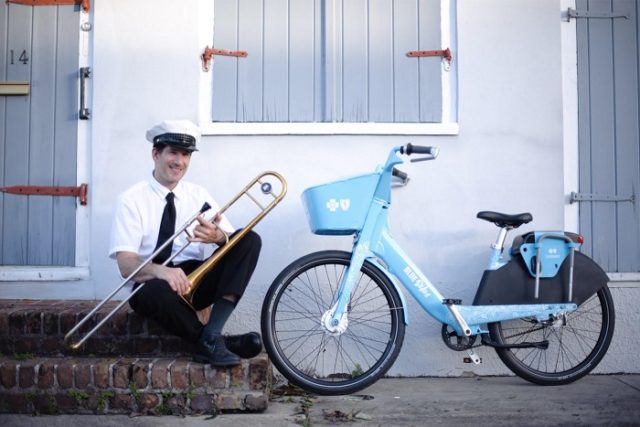 A Next City article from the end of last year suggested that Blue Bikes has the potential to help low-income residents and residents of color get to work, since in 2017, just 11% of jobs in New Orleans were reachable within 30 minutes by car, and unemployment rates among black males were high. Poor biking infrastructure, however can be a challenge to widespread adoption of biking.

Other challenges aren’t necessarily within the control of planners and stakeholders. “Since we just launched on December 5th, we’ve had an unusual run of snow and pouring rain,” said Coats. “Still, people are definitely signing up, and the people who sign up are riding.”