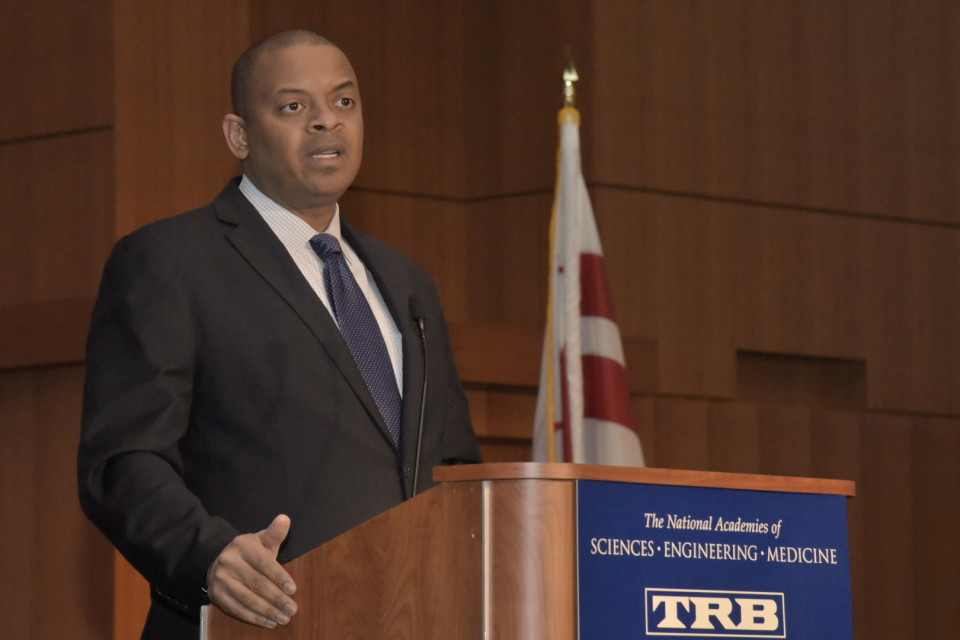 It may be impossible to overstate the importance of transportation.

But don’t take our word for it.

Consider the words of U.S. Secretary of Transportation Anthony Foxx, who spoke at the Transportation Research Board last week. He compared transportation to housing, education and health, describing them all as “pillars of opportunity.” In the excerpt below, Foxx reminds us of the personal impacts of mobility, touches upon the country’s past mistakes, and issues a call to action for people to embrace a new frontier of equity and inclusion.

Transportation doesn’t hire you. But it makes getting work possible.

It doesn’t treat illness, but it makes getting healthcare possible.

It doesn’t teach, but it makes learning possible.

It’s not a house, but try getting to yours without it.

But I see transportation having an even greater impact than taking people from the Ninth Ward in New Orleans to a job, or from a ranch in rural Montana to a doctor in Bozeman, or from West Charlotte to a school, or South Side Chicago to an apartment.

We should talk beyond taking people from their doorstep of opportunity. We should begin to talk about bringing opportunity to folks’ doorstep.

But, to do that, all of us must embrace our role in closing the opportunity gap.

I say this because a few generations ago, our community didn’t do that.  We built highways and railways and airports by carving up neighborhoods, leaving bulldozed homes and broken dreams and sapping needy families of the one connection to wealth they had, which was their homes.

Every community in America has a thoroughfare that resulted in what folks are now calling structural discrimination. Instead of a lifeline, transportation facilities in some areas became walls.

This wall conveyed to those affected that the checks they wished to cash at the Bank of Opportunity would be returned due to “insufficient funds.”

Their children could not run as far as the horizon because they could not see the sun behind the overpass.

New housing, good grocery stores, pharmacies and other neighborhood services could not find them because these communities were trapped.

They even gave these walls names – the Mason-Dixon line for the Staten Island Expressway, or the Berlin Wall in Syracuse, or the Highway to Nowhere in Baltimore, just to name a couple.

The vestiges of this system are still there.  The walls are still up.

And, yet, as the bill for deferred maintenance comes due, this generation of American transportation planning can be the most restorative in our history.

Imagine bridges and overpasses that are more than just north/south throughputs.

Imagine unleashing the ingenuity of our nation’s land use planners and engineers and decision-makers to make those facilities more inviting and approachable and maybe even complimentary of the surroundings on the east and west sides of them.

Imagine meaningful public input processes that use technology and capture the views of the public at a stage of planning where that input can actually be incorporated into a project.

Imagine some of the most challenged communities in America: instead of being limited by their environs, they’re opened up. Jobs are coming in again. People are working.

The American Dream has come alive in a new and even better incarnation, one in which everyone really does have a shot and no zip code is confined to being the hardest to get out of.