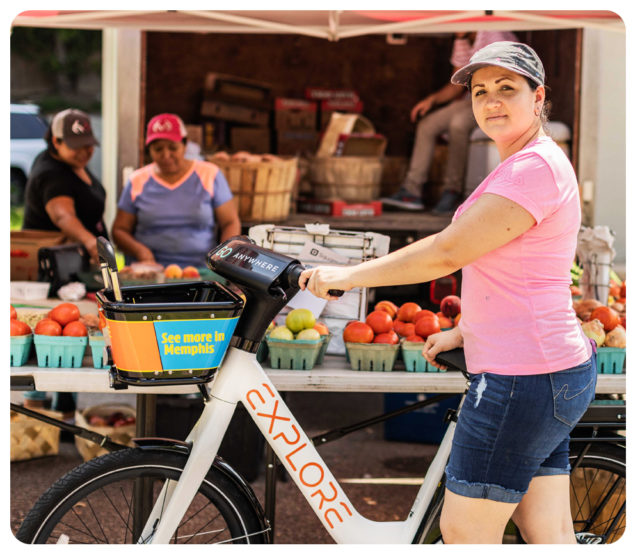 Explore Bike Share in Memphis has a big season planned for 2019, informed by careful data analysis.

As reported by a recent article, Explore Bike Share operators have been paying attention to statistics since launching last year. They have used the information to set sights on building an even bigger, better system in the coming months:

Operators recently released “heat maps” to illustrate usage based on the built-in GPS data from its bikes. Executive Director Trey Moore said the information gleaned from the maps is extremely useful in tracking demand and popular routes.

Plans for this year include a system expansion from 600 to 900 bikes, resized stations, and bringing bike share to the University of Memphis campus. The smaller station model for mid-sized cities is one currently being pursued by Pittsburgh’s Healthy Ride as well.

Memphis’ bike share system has worked to establish community input and community ownership since the beginning, including a grant initiative for local nonprofits that are integrated into the neighborhood fabric. Explore Bike Share also offers a discounted $5 per month membership for residents facing financial challenges.

The system is one example out of a number of cities who are expanding their dock-based bike share systems even as dockless bikes and e-scooters enter the micromobility market.