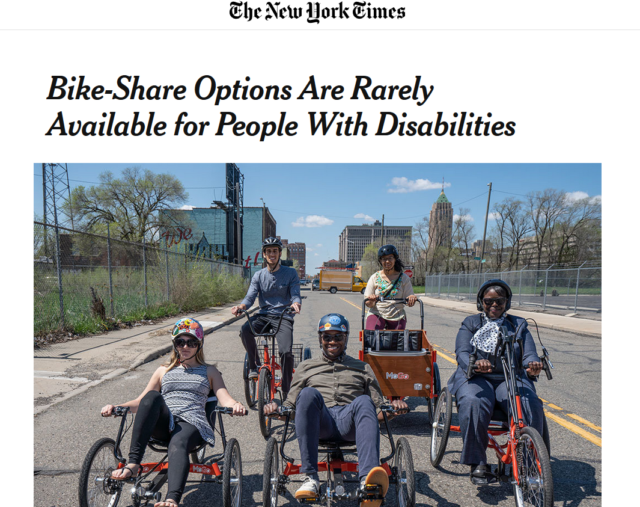 MoGo has been working on an adaptive bikes program ever since the system got started. They drew inspiration and ideas from Portland BIKETOWN’s similar program.

Last month, MoGo was featured in The New York Times for this groundbreaking work, including an image of the new cycles on the streets. The article discussed the reasons for pursuing the adaptive cycle program:

Lack of adaptive bicycles has raised questions and legal concerns about accessibility. Companies that have sought to revolutionize transportation increasingly are facing question about who gets left out.

There are a lot of questions to be answered in moving forward with the program, which has provided a valuable learning opportunity thus far:

The group is analyzing what it learned. It’s too early to draw conclusions, but officials said that before they think about expanding, they want to know, for example, how people used the bikes and what challenges they faced.

Another noted challenge is how to maintain adaptive bikes, which often need special parts ordered from the manufacturer. Additionally, riders find difficulty in bringing along an assisted mobility device, such as a wheelchair, with them for commuting purposes.