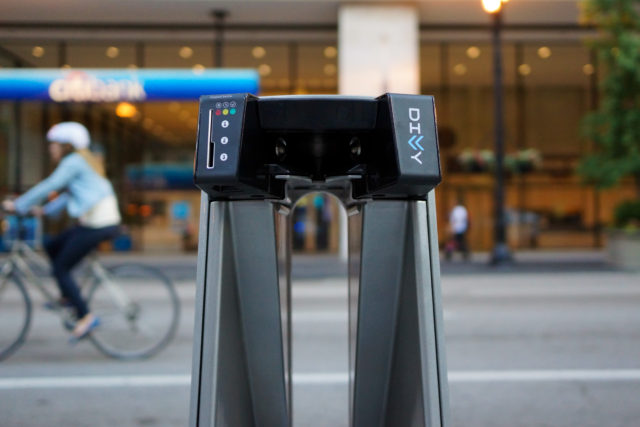 As the nation’s most popular bike share discount program prepared to turn one year old on Sunday, the Chicago Department of Transportation faced a decision.

Should the first cohort of people who signed up for Divvy for Everyone‘s $5-a-year program in July 2015 be able to extend their bargain-basement deal indefinitely? Would they be nudged directly into the full-price program at $9.95 per month? Or something in between?

With 1,450 participants in Divvy for Everyone, 50 percent of whom have used their $5-a-year membership to ride 10 or more times, it was a significant financial decision.

CDOT decided to split the difference. Starting yesterday, people who’ve signed up for Divvy for Everyone can renew at $5 per month, half the standard price. There’s also a $50 per year lump-sum option, half of the standard $99.

Divvy simultaneously introduced a PayNearMe service, already in place in Philadelphia and other cities, that lets people pay for bike-share trips and memberships with cash at 7-Eleven or Family Dollar.

If someone uses the $5-per-year program for the first year and the $5-per-month for the second year, CDOT expects them to move to the standard price in year three.

“We were not in a position to provide that $5 year after year,” said Amanda Woodall, a CDOT program director who works on Divvy. “But we also recognize that going from a $5 membership in the first year to a $99 annual membership in the second year is maybe not feasible for people with limited financial resources.”

Part of the reason Divvy for Everyone has been so popular — Boston’s similar $5-per-year program got only half as many memberships in year one — is that so many Chicagoans qualify. Anyone whose household earns up to triple the poverty line is eligible: 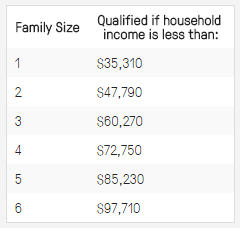 These income guidelines for the program are higher than Chicago’s median income in every category except two-person households: 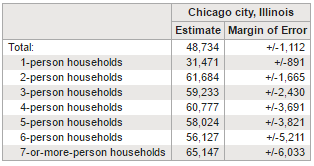 For Woodall, Divvy for Everyone is in part a way to connect lower-income people with an affordable way to move around.

“The cost of car ownership, the cost of insurance, the cost of gas — all of that is the same regardless of what your income is,” Woodall said. “This is the way for us to be able to address that challenge and assist those families in getting access to resources, access to jobs.”

She used an example of a household with one parent who works a late shift.

“If they are getting home from work late at night and the bus route that would connect them to their house doesn’t have that late-night service, they might be, No. 1, forced to walk, or forced to drive, which is an extremely expensive thing and takes away the car from other members of the household while they are at work,” Woodall said. With Divvy, she said, “other members of that family might have access to that vehicle later in the day while dad works the end of that shift.” 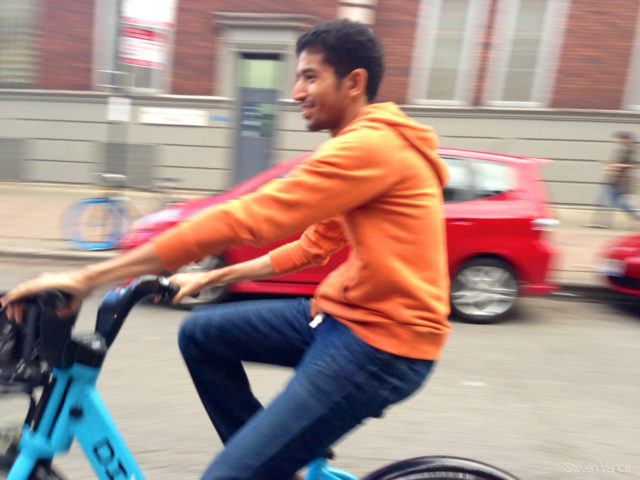 But though almost every Chicagoan is price-sensitive, Woodall said that even at its full price, Divvy is affordable.

A one-way bus ticket from the Chicago Transit Authority costs $2; a ride on the ‘L’ train costs $2.25. Transfers add another 25 cents.

But Divvy offers unlimited rides of up to 30 minutes for $10 per month — the price of two days of round-trip commuting via CTA. If you can afford the $99 lump sum, it’s even cheaper.

“All in all, when you look at the annual cost of a membership, it really comes down to pennies per day,” Woodall said. “Bike share is an extremely affordable form of transportation. I think the barrier is that people don’t necessarily perceive bike share as something that does fit into their everyday lives. … The barrier isn’t necessarily the cost on the face of it, it’s the value.”

But give people a chance to experiment with bike sharing, Woodall said, and many will realize that it does have value.

“When you hand somebody a brochure about bike share, the light bulb doesn’t go off right away,” she said. “Either on the one lump sum or on the monthly basis, there are lots of people who could fit bike share into their budget. It’s just that bike share is competing against all their other needs.”