Boston’s bike-sharing equity program just might be the most successful in United States.

Like all U.S. bike sharing systems, Hubway Bike Share has a long way to go before its members look like the city it serves. Boston’s population is 53.9 percent white, with a per capita city income of $33,964. Hubway’s annual members are wealthier and less diverse 87 percent white, with 80 percent earning more than $50,000 a year.

But Boston’s efforts to shift these numbers are showing success so much, that it should demand the attention of other systems and cities.

In 2011, Boston Bikes, the city agency that owns and oversees Hubway, began offering $5 subsidized Hubway memberships in hopes of making bike share an affordable transportation option for all Bostonians. 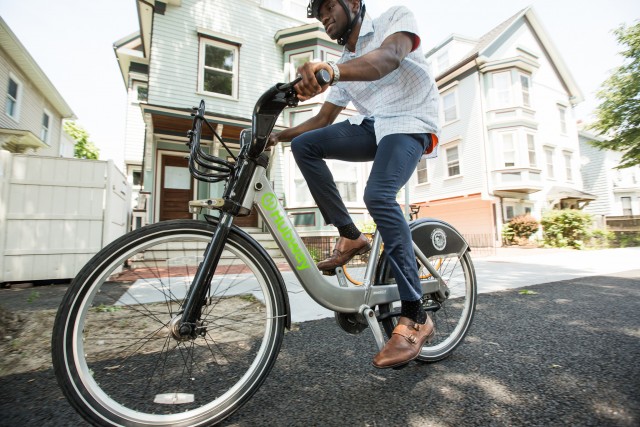 “We set it at $5 to make sure people had to commit something and take it seriously. But it’s low enough that everyone is virtually able to join if they want to,” says Kim Foltz, Programs Manager for Boston Bikes. “It’s been phenomenally successful.”

Subsidized membership reduces the financial barriers so that more low income residents can become a Hubway member, but Boston Bikes also plays a crucial role by educating residents and directly signing them up for the program. With a database of more than 250 organizations, the agency is determined to reach out to as many potential subsidized members as possible. They send out flyers and newsletters, and speak with almost every group or class that invites them.

In a fall 2014 presentation about their equity program, former Boston Bikes manager Nicole Freedman put it this way: “I hear from some cities, ‘Yeah, we’re going to partner with our public housing.’ And we say, ‘That is great! You’ll get 10 members out of it…’ It’s all about quantity, not quality, that we have found to be successful.” 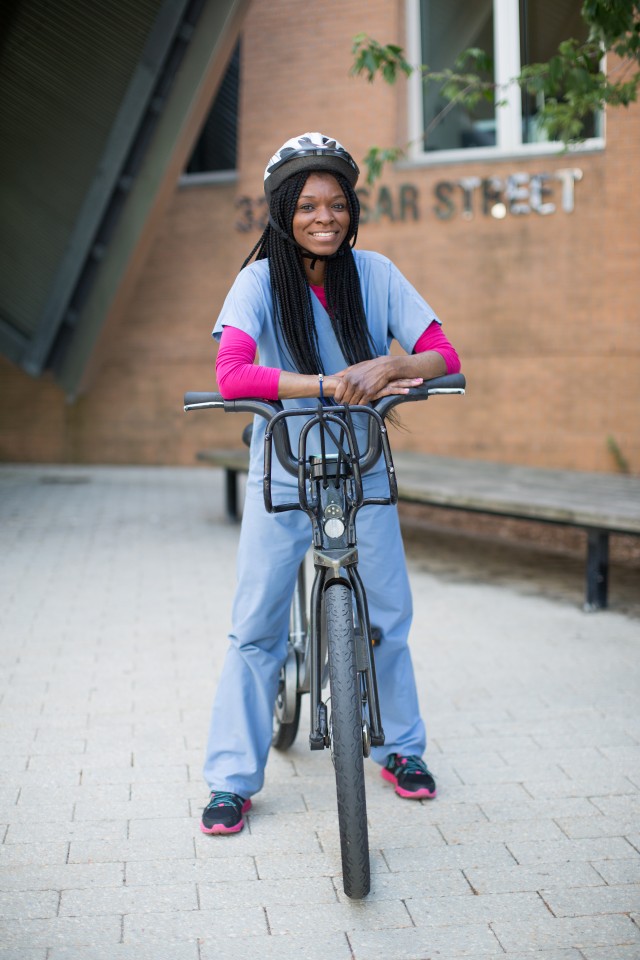 An example of community partnership in action is Boston Medical Center, located in Boston’s South End. Each year, the hospital serves hundreds of thousands of low-income adults and children from nearby neighborhoods, such as Roxbury and Dorchester. Last Spring, Boston Bikes partnered with Boston Medical to launch an equity initiative called ‘Prescribe a Bike’, which promotes preventative health by offering subsidized, $5 annual Hubway vouchers to patients who live on public assistance or make less than four times the federal poverty level. Patients can go to the window at the transportation office in the hospital, and the clerk will purchase the prescription. A free helmet and key fob is sent to their registered address.

This year, Boston Medical is increasing their efforts to make sure that every person who walks through their doors knows about Prescribe a Bike. Patients can expect to see posters displayed in waiting areas, on hospital computers, and hear from nurses and medical assistants encouraging everyone to sign up.

Building these crucial relationships appears to be the most successful strategy for drumming up new subsidized Hubway members. In a survey of about 600 subsidized members, 51 percent said they heard about the $5 program from word of mouth, Prescribe a Bike, or some other partner organization.

More work to be done

However, many of these subsidized members still lack access in a way that would make Hubway truly equitable.

“There is a clear, distinct thing where Hubway stations are in higher income neighborhoods. Subsidized members do not have stations in their neighborhoods,” says Barbara Jacobson, Programs Director for Massachusetts Bicycle Coalition. 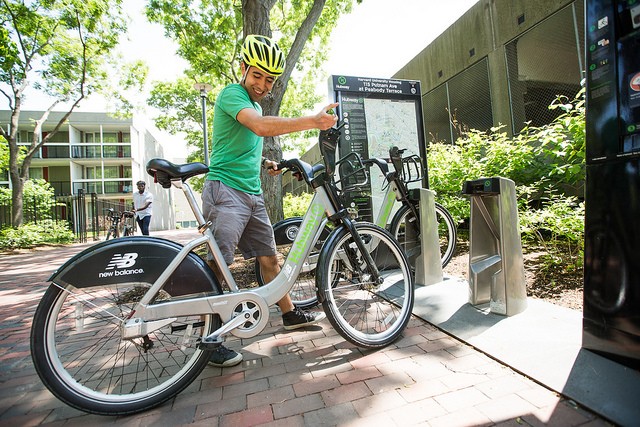 Hubway currently has 140 docking stations. Subsidized members typically live in neighborhoods at the edge of the network, meaning they have to travel longer distances to get from station to station, putting them at risk of going over the 30 minute grace period and racking up overage fees. For each ride, Boston Bikes provides subsidized members an extra 30 minutes in order to avoid inequitable overage fees.

Building intentional community relationships helps to make bike share a valuable resource for more people. Boston has demonstrated that you can set achievable equity goals, and even within four years, see promising results.

But the work has only just begun.