With 2015 coming to a close, let’s take a look back at the past year in bike share and equity. According to The Bike-sharing Blog, around 20 cities in the United States launched a new system. Meanwhile, existing bike share cities across the country expanded and explored new ways to get people of all colors, shapes, income levels and athleticism into their seats and on the streets. There is still plenty of work to be done, but we see some important themes emerging and continuing. 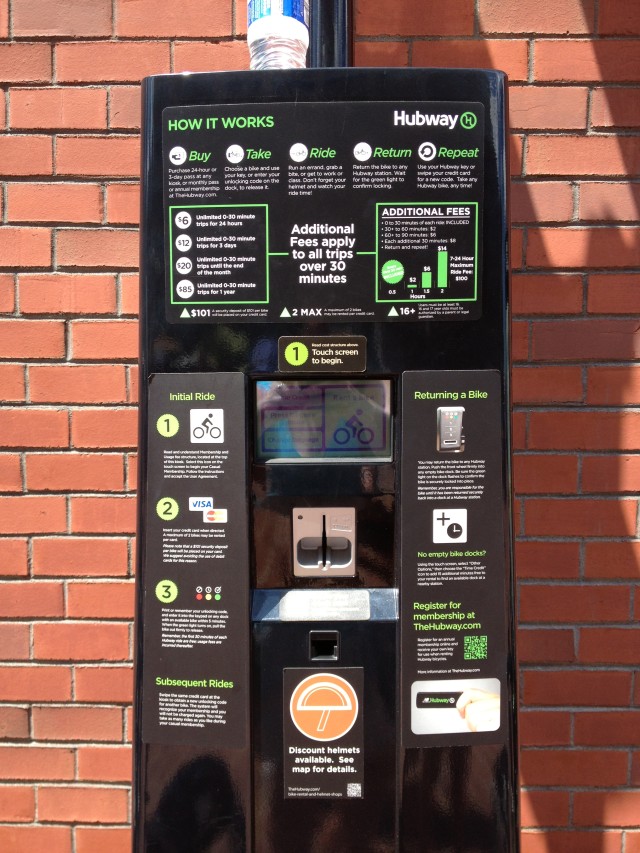 It used to be that whenever someone mentioned bike share and equity, the conversation would immediately turn to credit cards. To be sure, requiring a credit card is still a barrier in many bike share cities. But there’s now a widespread consensus that the problem doesn’t start and end here — even as efforts to solve it are slowly making headway.

Arlington County started out the year by launching a cash-payment pilot program for Capital Bikeshare, and Indego in Philadelphia launched with its own cash payment option. Other systems are following suit with similar or different cash options. Though no option has proven perfect (Indego had sold 280 cash memberships since April and had 52 cash members as of early December), the existence of cash payment options means the conversation among operators, advocates, and enthusiasts has been able to move onto the other cultural and physical barriers keeping people from hopping onto their city’s newest form of public transit. 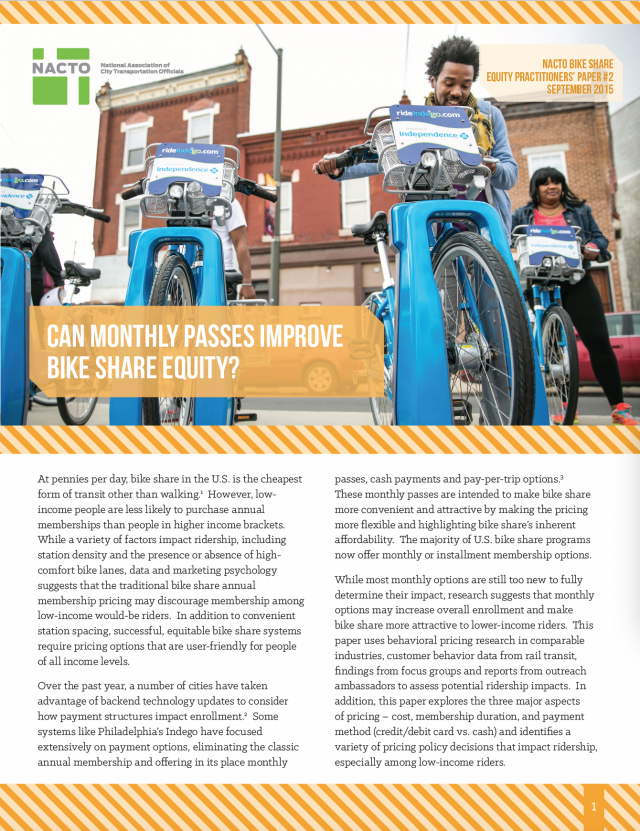 Topics like station density, dock siting and data collection standards may not make for flashy headlines in the mainstream media, but they are important to equity as to other measures of success. This year brought plenty of gains in these and other technical topics. Our Better Bike Share partners at the National Association of City Transportation Officials (NACTO) launched a series of “practitioners papers” that offer best practices for cities in areas like station density. They also launched an online library full of additional resources. Meanwhile, the North American Bike Share Association (NABSA) decided on collection standards that will allow their members to better compare data, which will assist systems with figuring out what equity strategies work best.

Bike share is a tool, not a one-step solution for a city or neighborhood’s equity shortcomings. That means context matters, and bike share systems are building exciting partnerships that tie into the fabric of a community. They can take the form of informal partnerships, like CitiBike’s warehouse tapping into an existing bike maintenance training program to find warehouse mechanics, or formal partnerships, such as Austin B-Cycle partnering with a local downtown business association to give commuters an option besides expensive car parking. Many bike share systems are creating partnerships with their local universities to get students onboard. Others are focusing on housing developments or employers. Whatever possibilities pop up, the root is still the same: Bike share needs buy-ins from the existing organizations and institutions that surround it.

People want integration of bike share into other forms of public transit. Users want  it. Operators want it. Everyone’s thought about it — and for good reason. Promoting bike share as a first-mile, last-mile connector would be easier if commuters could use the same pass or payment system for both. Nobody cracked that code in 2015, but the upcoming year shows some promise. Los Angeles, which plans to launch bike share sometime next year, has said integration with its Transit Access Pass (TAP) is a priority. 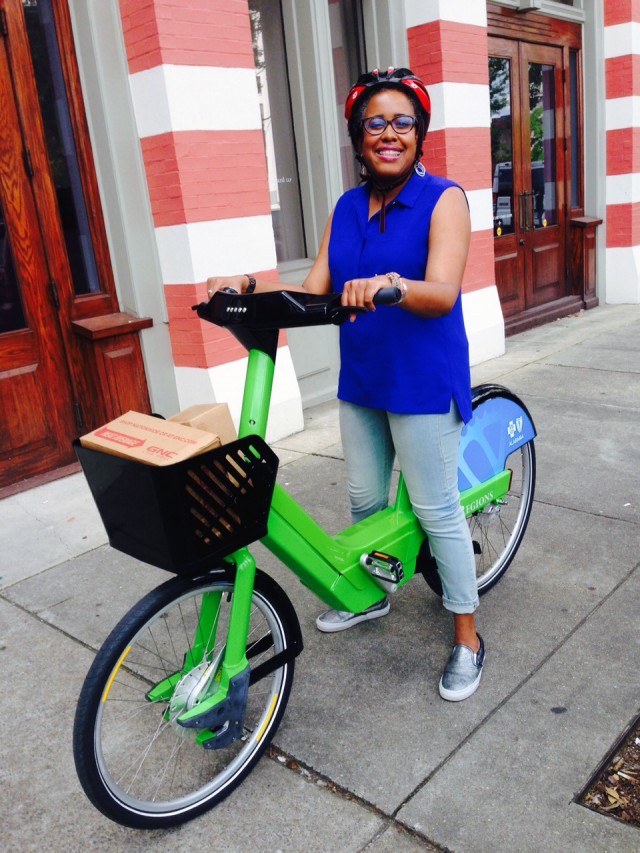 Bike ridership may be on the rise here in the United States, but it’s still low compared to many countries. A large part of what bike share systems do is promote riding a bicycle, period. Zyp bike share in Birmingham thinks it has a tool to help that effort. That bike share system, which launched late this year, offers the first country’s first electric pedal-assist bike share bicycles, which they believe will entice less experienced riders who have worries about their physical abilities. Meanwhile, systems without that technology-driven boost are doubling down on the type of outreach efforts that bicycle advocates have always relied on, such as group rides and free safety or urban riding courses.

This year saw several bike share systems breaking away from the traditional payment model adopted from European cities. Indego in Philadelphia launched without offering an annual membership option, instead focusing on a monthly membership. Bublr in Milwaukee axed their daylong and season passes, citing customer confusion and a too high refund rate as their reasoning. Boulder B-Cycle also adjusted their payment structure to better appeal to riders. With more cities planning to launch bike share systems in the upcoming year, all eyes will be waiting to see if they too follow suit. One such system, Buffalo BikeShare, has already promised they will be exploring new payment options.

What’d we miss on this list? What are you looking forward to in 2016? Let us know.