The international nonprofit World Vision has a history of taking former bike share bikes, refurbishing them, and placing them with communities in need. 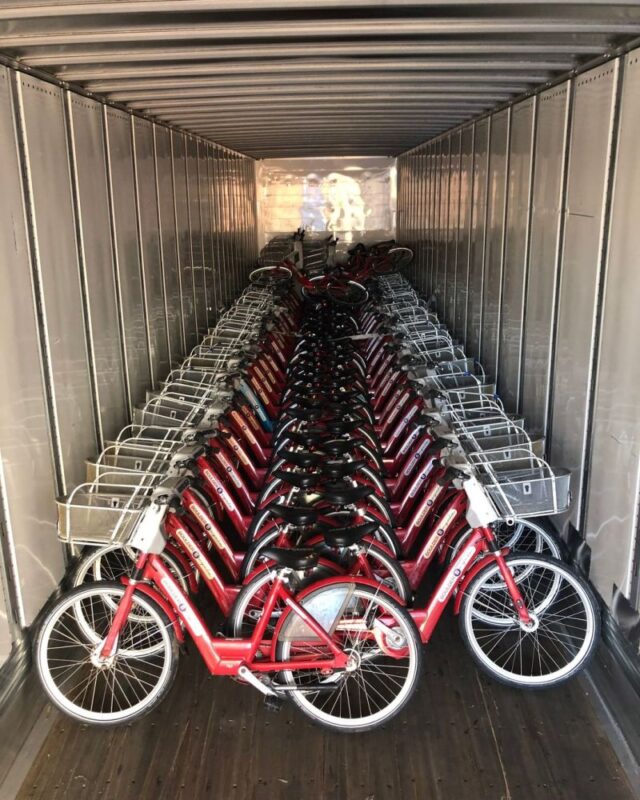 The old Boulder BCycle bikes will be donated to communities in need across the U.S.

Bike share systems evolve — they might choose to incorporate pedal-assist bicycles, switch operators and software systems, or go from docked to dockless. Inevitably, some companies go out of business completely.

In August 2021, Colorado’s Boulder BCycle announced that its entire fleet would be converted to new, all-electric bikes. The switch accompanied a small system expansion, adding new stations in key areas and underserved neighborhoods, as well as a change in structure, with BCycle taking over ownership and operation of the system (it was previously structured under a nonprofit model). The new all-white e-bikes proved incredibly popular and by the end of the year, the company reached a milestone of 264,000 trips — more than double any other year.

Though no longer of any use to BCycle, the system’s classic red bikes were still in relatively good shape. Most of the 200-plus bikes are between 5-10 years old and have served thousands of trips. Since sustainability is built into BCycle’s mission, it was important to everyone involved that the bikes see a second life. To help with that, BCycle turned to World Vision, a global humanitarian organization that tackles the causes of poverty and injustice by providing resources to children and their families.

“Our whole goal is to empower communities and ensure that they’re sustainable, so we don’t just throw resources at them or make assumptions,” says Samantha King, corporate engagement director at World Vision. “We go out to the communities and assess what their needs are. Bikes are historically one of the top five needs within communities because of the benefits they offer.”

In addition to hygiene essentials like soap, toothbrushes, and Band-Aids, as well as child necessities like diapers, school supplies, and toys, bikes are requested in every community World Vision is active in, including disaster zones. When it comes to what people need most, bikes check a lot of boxes: they’re able to serve as transportation to essential services like school, jobs, and healthcare appointments, they can help farmers manage operations more efficiently, and they save time and energy, allowing riders to forgo walking miles upon miles to accomplish daily tasks. While World Vision works in much poorer, developing countries, King says that the need for bikes transcends borders.

“In the U.S., we’re a country with tremendous resources but there’s still tremendous need — many here are experiencing exactly what some of our international communities are experiencing,” says King. “Something as simple as a bike can really change a family’s circumstances for the better.”

Trek Bicycles, BCycle’s parent company, first began donating bikes to World Vision in 2019. That first donation was sent internationally and throughout the years, the company has continued to contribute bikes, most of them coming from bike share. While bike share bikes often need to be refurbished, which mostly means stripping out heavy, now useless hardware, they also are heavy-duty, ideal for being ridden a lot on less-than-ideal road conditions. The latest round of BCycle bikes even has baskets already built-in, a win for most bike commuters.

The Boulder bikes will be kept stateside and rehomed in some of the communities World Vision works with. Jaryl Pool, the strategic operations manager at World Vision, is in charge of ensuring the bikes are properly refurbished and inspected for safety before they’re distributed to community partners in Fife, Washington, Grand Prairie, Texas, Chicago, Illinois, Philippi, West Virginia, and Hartford, Connecticut. Nonprofits and community organizations in those places, many of them faith-based, will then distribute the bikes to individuals in need.

“We don’t work directly with individuals but rather with partners to get these bikes that last mile,” says Pool, noting that this method helps maintain trust and ensure that the community feels empowered. “A lot of the partners work with the unhoused so they have been able to use this partnership to help people get to and from work.”

World Vision has also worked with Native American reservations in New Mexico and the Dakotas, as well as with a lot of schools, particularly high-poverty Title I schools. According to Pool, one child that was struggling with attendance received a bike and ended that year with perfect attendance.

“When we make bikes available to children or communities that need it, it changes their whole perspective of what they can do,” says Pool.

The Boulder BCycle bikes are currently being refurbished at a warehouse in Pennsylvania using funds provided by Boulder Bike Share. Only once they’re deemed completely safe will they continue on to find future homes. The process is seamless and World Vision welcomes donations from other systems. In addition to Trek, the organization has worked with other bike share operators, including Ofo, Spin, and Lime, and there’s a particular beauty to giving shared vehicles new life in historically underserved communities.

“To us, bikes might be for enjoyment or for physical health but for some in our community, these bikes are the sole mode of transportation,” says Pool. “It’s hard to put into words how important they are.” 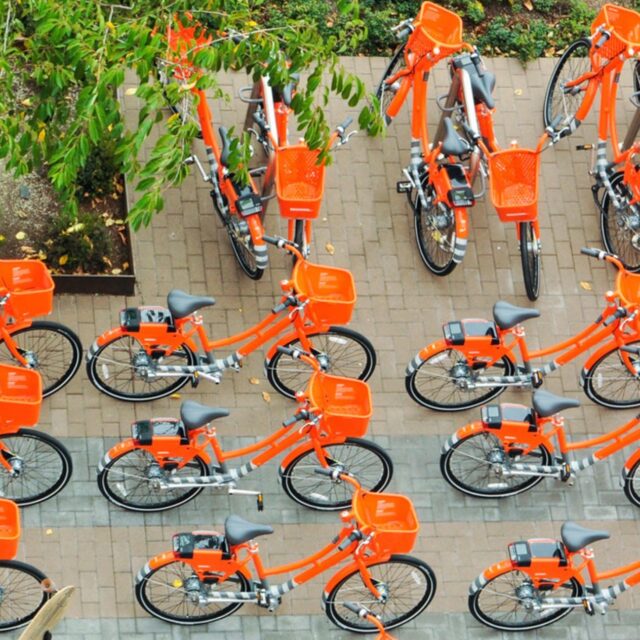 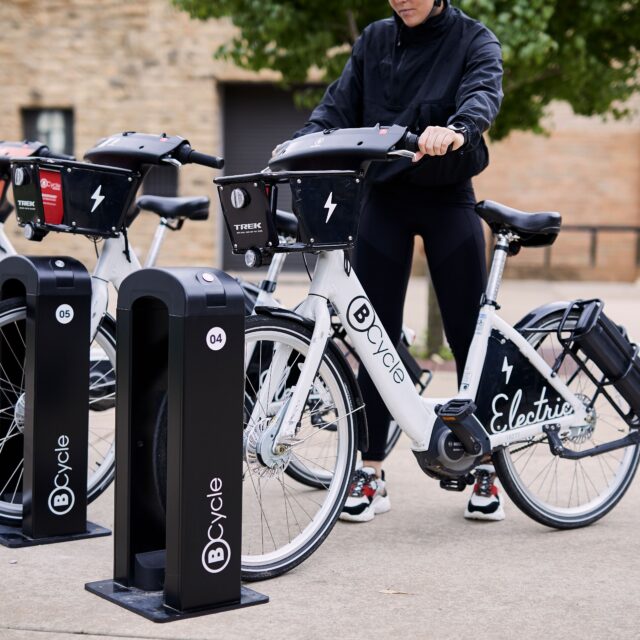 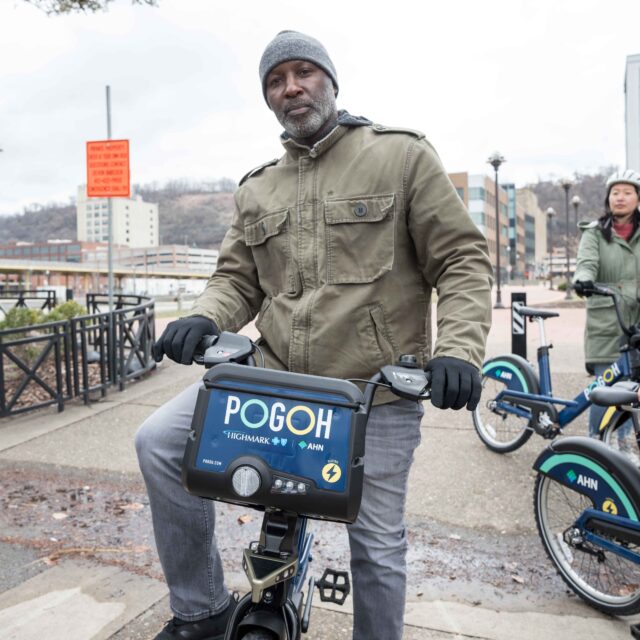