Working with both community members and transportation officials isn’t always an easy position to hold, and it’s worth talking about why.

In March, we hosted a Twitter conversation called Basing Bike Share in Community, where we collaborated with Multicultural Communities for Mobility for a chat on bike share and neighborhood concerns. Official guests included Bedford Stuyvesant Restoration Corporation, the Bicycle Coalition of Greater Philadelphia, and PODER SF. 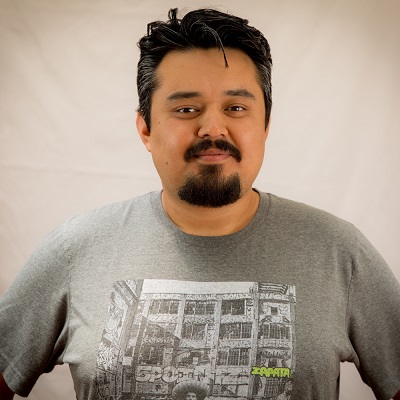 Today, we’re following up with Erick Huerta, Program and Active Transportation Education Specialist at MCM, about his thoughts on the Twitter chat, as well as the tricky in-between nature of working for a community-based nonprofit.

Q: First of all, what were your takeaways from our March Twitter chat?

A: One of the goals from the Twitter chat was to have this conversation with as many people possible, given that bike share continues to expand across different cities and communities. At the same time, that was also a barrier because not everyone was able to participate on the chat, but that’s why the follow up is important.

Another goal for the chat was for everyone to share the work being done in their respective communities, given that we are all working toward making bike share more accessible to individuals. A lot of conversations are happening online, and a lot folks in the conversation have been a part of the Better Bike Share Partnership doing that work. So it made sense to use that momentum in hosting the chat.

Q: How did you come to work on bike sharing?

A: I became involved with bike share before MCM even started the grant work with BBSP in 2016. This issue has been of interest to me personally because of the impact bike share systems have in communities they are placed in without meaningful community engagement. So in 2015 at the National Bike Summit, I was introduced to the work that the New York Public Health Department and Bed-Stuy Restoration shared with bike share in NYC. I figured I would reach out to them since I was going to be be in NYC already on a personal trip, and that I could get a head start on the forthcoming project in Los Angeles.

They were amazing for sharing their time and resources with me about what worked, what didn’t, programs they rolled, etc. Coincidentally, on that same trip, I also connected with the folks over at the Philadelphia Bicycle Coalition to talk shop on their work with bike share in Philly. It was my first time visiting each respective city, so I was taking in as much as I could.

Q: Can you say a little more about what you learned during your East Coast trip to study bike share and community engagement?

A: One of the biggest takeaways from my trip to NYC and Philly was a glimpse of what could be possible in the future for Los Angeles. Both cities have had bike share systems in place much longer than LA. So hearing about their growings pains in the beginning, leading to some tunnel vision, helped me realize LA would most likely be facing those same growing pains.

But at the same time, looking at LA bike share five to 10 years from now, there’s no reason why we shouldn’t be able to replicate the same programs from NYC and Philly that would create community ambassadors from local communities, offer extended discounts to those living in housing projects, and provide a cash-based system that eliminate additional barriers to individuals. These are obviously programs and strategies that speak to the years of work that have gone into making bike share affordable, accessible, and part of individuals’ transportation options.

Q: We saw a lot of criticism on the Twitter chat about how bike share is rolling out in LA’s Boyle Heights, as well as perceptions that it’s a harbinger of gentrification. What have you been hearing from community groups and community members?

A: The criticism from the community group Defend Boyle Heights is justified. Metro Los Angeles has changed the community drastically in the last 10 years and their engagement with residents was a checked box at best. Boyle Heights is changing and local families are being displaced by a multitude of factors that are part of larger systemic issues. The threats are real and services like bike share being placed in low-income communities of color like Boyle Heights are a kind of a nail in the coffin that the community is changing at the cost of long-time residents. At the same time, because Boyle Heights is such a small neighborhood, everyone knows each other, especially in organizing spaces, so we can support each other’s efforts and be united.

But because MCM worked with Metro on their bike share program from 2016 through 2017 as part of our BBSP grant, MCM got labeled as a gentrifying force in the community, especially once more folks started realizing that eventually Metro will be expanding bike share into both Boyle Heights and East Los Angeles. We became guilty by association.

I went into the bike share work knowing all these problems and having critiques of my own once I was fully on board. But I gave it a shot to work with Metro, DOT, and everyone who is involved with with how bike share was going to be rolled in LA. I wanted to make sure I wasn’t one of the folks on the sidelines complaining. I wanted to make sure I was a part of it so my critiques could have more weight to them.

Q: How have you straddled the line as an organization that works with both community and with government or transportation agencies?

A: It’s a balance. When MCM works with Metro, DOT, the City, or other big institutions, we act as that bridge between the community and them, whenever input is needed from folks for projects coming into the neighborhood. That kind work is at the heart of MCM’s mission, being able to bridge gaps in policy, statistics, and data from institutions to those individuals it will have an impact on.

On the flip side, because of our work with said institutions, MCM is deemed guilty by association because said institutions are at times the ones creating displacement and change that doesn’t benefit the existing community. (Which is why MCM is working them in the first place.) We wanted to ensure that concerns of displacement were heard, beyond a checked boxed engagement, and to help address other needs and concerns of residents.

It becomes a daunting balancing act to hold institutions accountable and to also respect the struggles and fights of the local community, but that’s the kind of environment MCM thrives in to find and create just solutions.

However, in this age of after-the-fact social media posting, those conversations are rarely had and relationships are fractured. After the Twitter chat, MCM started getting some push back from Defend Boyle Heights about our previous role in Metro’s bike share roll out. MCM was deemed a gentrifying organization and is being held partly responsible for trying to bring bike share to Boyle Heights. In reality, MCM’s work with Metro’s bike share program ended in 2017 and, as such, we have no further say with how that program moves forward.

Q: Is there anything else you’d like to address about some of the topics from the Twitter chat, such as affordability, gentrification, policing, and profiling?

A: These are all intersectional issues that impact communities in different ways, some more than others. Services like bike share aggravate those issues, especially in communities like Boyle Heights, when money and resources that should be going to address other long-standing issues like poor street lighting, broken sidewalks, and improved public transit service is instead used on bicycles that have numerous barriers to accessibility. Those are just some of the issues that came up during our work with Metro as we engaged different community members in discussions when we talked about bike share.

Q: Where do you see MCM’s involvement with bike share going in the future, if anywhere?

A: As far as MCM’s involvement in bike share in LA, we have not worked with Metro in that capacity since our BBSP grant ended in 2017. We are proud of what we accomplished and know that other organizations in other communities will face similar issues in their engagement work, so as MCM, we are more than happy to collaborate and support when possible. While MCM isn’t working directly on the issue of bike share right now, we are still keeping a close watch as to how it will continue moving forward, since it has such a deep impact wherever it is placed.

A: A big thank to everyone at the BBSP for all their support and their continued efforts to center equity in bike share across so many different communities. While this may be the end of one conversation, hopefully it sparks others that will continue to bring focus to the intersectional issues our different communities are facing and what role bike share, if any, can play in it.

In Categories: Stories
In Tags: Q&A