Helsinki isn’t known as a global bike capital. But the 500 bikes in its two-month-old sharing system are already among the most-ridden in all of Europe or the Americas.

Europe’s largest system, Vélib’ in Paris, sees 5.3 daily rides per bike as of 2014. For Citi Bike in New York, the figure is 5.2. Each bike in Helsinki’s City Bike system (Kaupunkipyörät in Finnish) is averaging 6.9.

“The highest day so far has been Wednesday last week,” said Samuli Mäkinen, Helsinki’s bike share program manager, in a June interview. “It was 8.6 trips per day per bike.”

Why is the Finnish capital seeing such success? Its bike-friendly streets are definitely part of the reason, though bike sharing has struggled in bike-friendlier cities such as Copenhagen.

But if City Bike use keeps booming — next year it’ll triple in size to 1,500 bikes — here’s what should turn the heads of bike-share equity advocates everywhere: It’s integrating with mass transit more closely than almost any other system in the western world.

Transit cards, branding and trip planning all link up 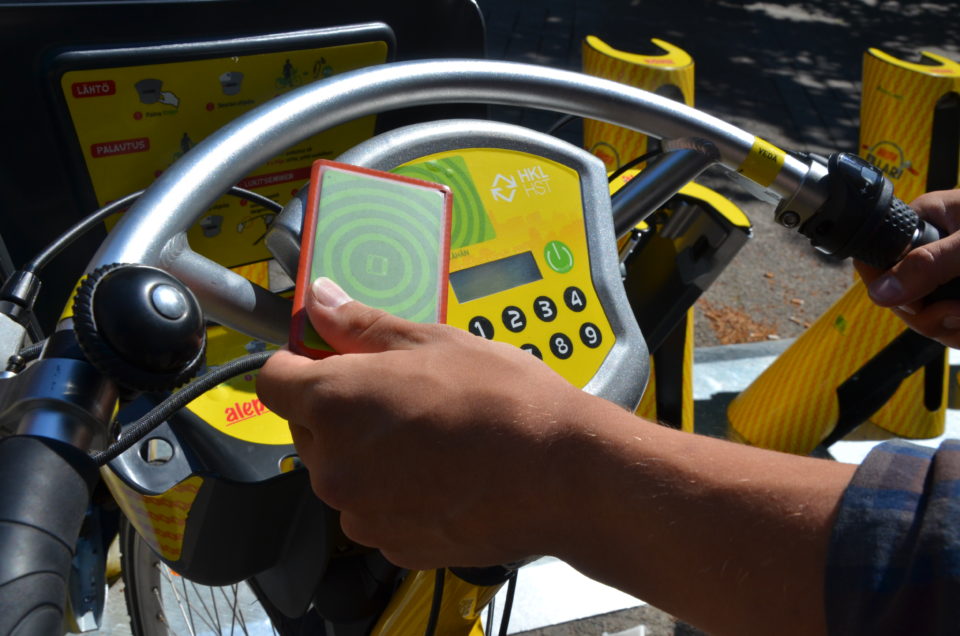 Since its May 2 launch, a City Bike member who has a travel card for the regional transit system has been able to associate their transit and bike sharing accounts and check out a bike simply by tapping their travel card against the bike’s handlebars.

Maybe even more impressive: The Helsinki Regional Transit Authority (HSL HRT), which operates independently of city government, has agreed to market the city-owned bikes as part of its regional system. Unlike almost any other system in the world, Helsinki’s bikes carry the same HSL HRT branding as a bus or streetcar.

When you plan a trip on HSL HRT’s website or mobile app, Mäkinen said, bike sharing will soon appear among the other transfer options.

“Of course it would have been easier to use the software the provider already had that they use in other countries, but we wanted to do this,” said Mäkinen. “We want the customers to see this as part of the public transport, so it has to be part of the same website.”

So far, the transit-bike sharing relationship is only technical, not financial. You can’t yet book a trip on City Bike using money in your transit account. Mäkinen said that possibility is “one thing we are discussing.” 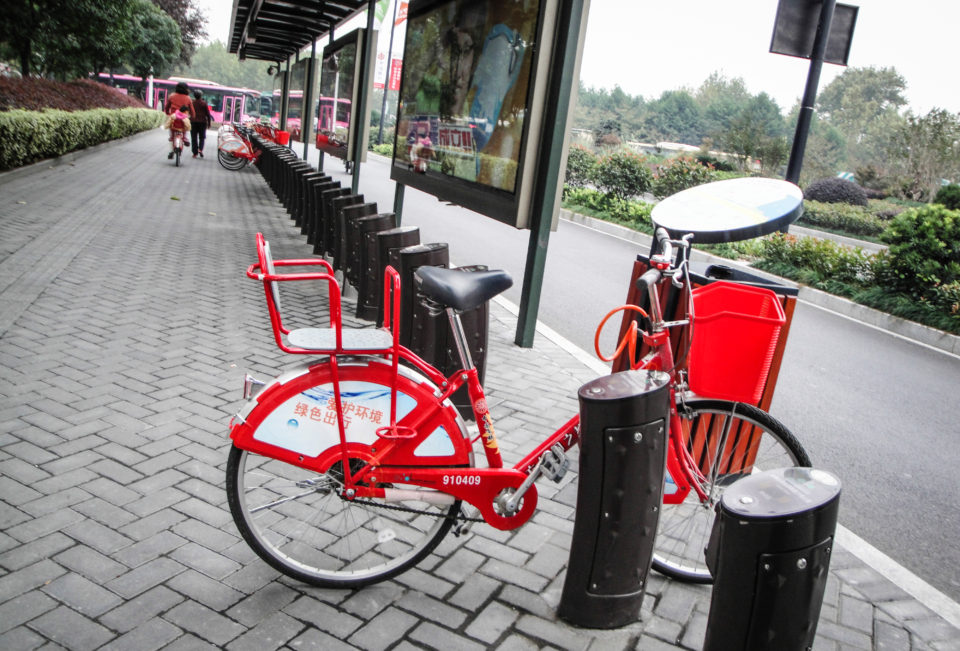 It’s too early to say whether Metro Bike Share will follow Helsinki’s success. It, too, lets you unlock bikes with an existing transit card. It’s co-branded with the existing transit system. And like Helsinki, Metro might fully integrate the two payment systems eventually.

For cities looking to make bike sharing relevant to more diverse users, fully integrating with mass transit might be the biggest idea that’s never yet been attempted in North America.

There are reasons to think it has promise.

In Hangzhou, China, one of the world’s largest bike sharing systems is recognized as a national model in part because trips are free with bus fare. Bus ridership rates in Hangzhou rose after bike sharing launched there.

In Fargo, North Dakota, a tiny 100-bike system has achieved the highest per-bike ridership on the continent because payments are made through an existing institution that many possible users already have a financial relationship with: North Dakota State University. It’s the same deal the university has with the local bus system.

Improving the public transit experience is a core goal of bike sharing, and transit riders are already the bedrock of the bike-share user base. Erasing barriers between the services, as Hangzhou did in 2009 and as Helsinki and Los Angeles are trying to do now, could have exciting results.

This is part of Helsinki’s campaign against auto dependence 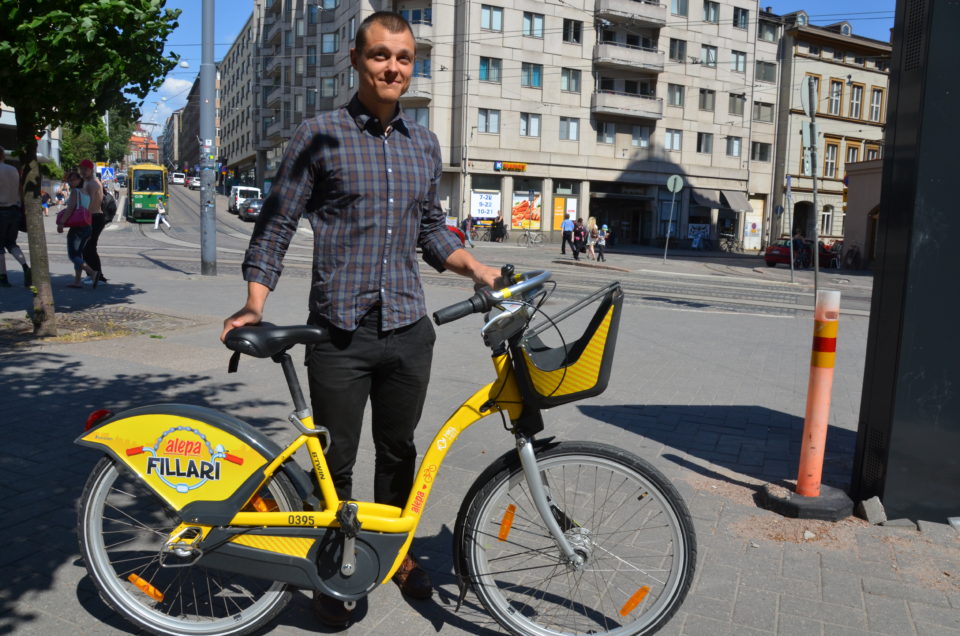 Helsinki made international headlines in 2014 and again last month for its goal to, as the Guardian put it, “make car ownership pointless” by 2025. The idea is to create a seamless network of alternatives — mass transit, bike sharing, car sharing, taxis, private bikes — that together add up to less expense and more convenience than a private car.

Asked about the plan, Mäkinen seemed to barely repress an eye-roll. For people like him, working in the trenches of change, the official vision feels a long way off.

Still, that goal of integration is why Helsinki has taken unusual steps to link its bikes with trains and buses.

“It’s been so long part of this process and pretty much from the beginning,” Mäkinen said in slightly broken English. “It came from the original directives.”

There are risks of integrating bike sharing and mass transit, of course. Transit agencies need every dollar they can get. Many, including HSL HRT, have been understandably wary of a downtown bike-share system siphoning money from far-flung bus services.

But now that Helsinki’s City Bikes are drawing so many riders, she said, other cities in the HSL HRT service area have started talking differently.

“As we read in the newspapers, they are now interested,” she said. “They see our great success.”