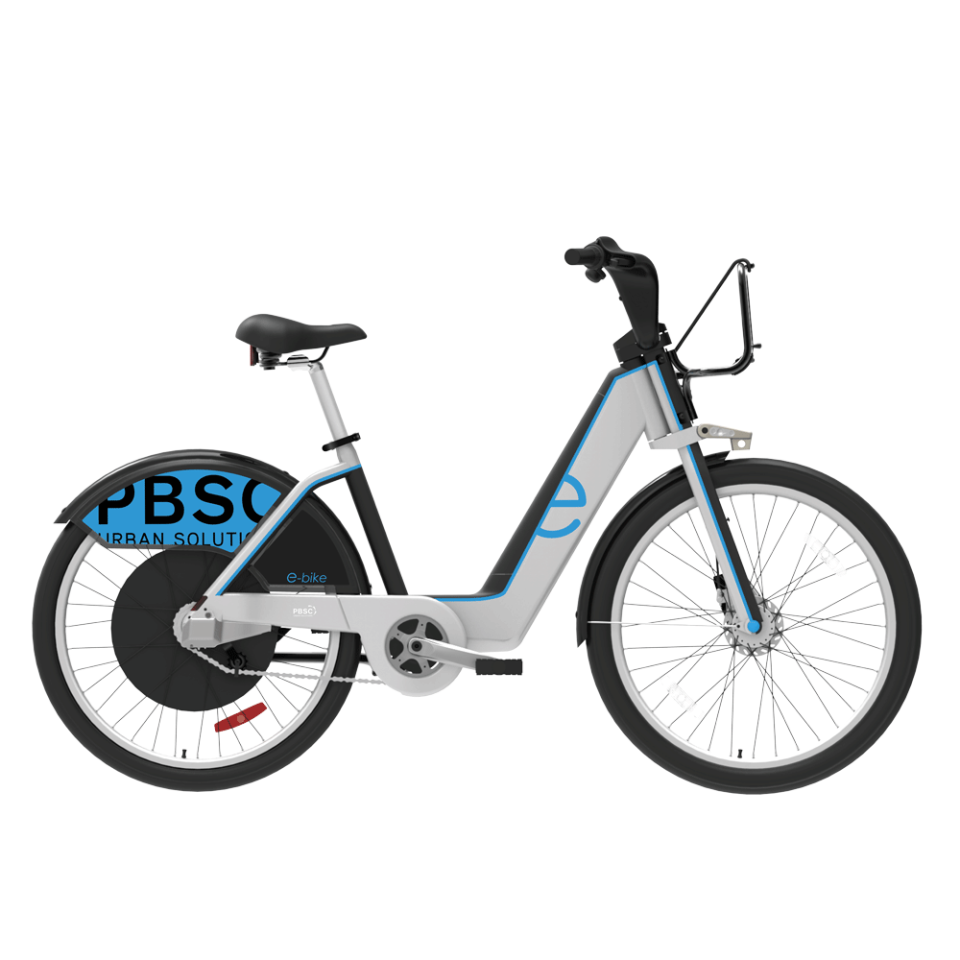 The potential of electric pedal-assist bicycles to entice nervous and intimidated people into trying bike share is promising, but so far only one city in the United States has embraced the option.

That may soon change.

PBSC Urban Solutions, the leading provider of bicycles for bike share systems in North America, recently unveiled at Velo-City Global their newest generation of bike share bicycles. Most notable among them: Boost, an electric pedal-assist bicycle.

PBSC provides bicycles for more than a dozen North American bike share systems, including Capital Bikeshare in Washington, CitiBike in New York City, Divvy in Chicago, and Bay Area Bike Share in and around San Francisco. (Those last two cities may be particularly noteworthy given that they are famous for being windy and hilly, respectively.)

Here is how PBSC introduced their new Boost bikes in their press release:

BOOST opens up a brand-new terrain and allows the user to enjoy a smooth, fun and easier ride across longer distances, up hills and against headwinds. The BOOST is a pedal assist electric model that features a high capacity battery, which can be recharged via the patented locking device. Its hub motor is fully integrated into the wheel and provides a smooth propulsion, noise- and vibration-free. The extra “boost” will be useful in many situations.

Any bike share user can appreciate a smoother, easier, more fun ride. But low-income communities stand to benefit the most. The poor are statistically more likely to be obese or have health-related issues that might act as mental barriers keeping them from riding. Plus, in many cities, their neighborhoods are located at the edges of bike share systems where docks are farther apart from one another, so getting farther faster is important.

However, not everyone feels electric pedal-assist bicycles have a role to play in the bike share industry’s equity efforts. The additional costs associated with these new bicycles and docks that can accommodate them could cancel out any gains, and systems may be better focusing on known barriers like payment structures and physical access with ideal station density.

Currently, Birmingham is the only city in the United States to offer electric pedal-assist bicycles. A quarter of their Zyp bike share system’s 400 Bewegen-provided fleet are electric pedal-assist, and managers there said they were attracted to an electric option because of its ability to reduce physical and mental barriers to access. Internationally, Rotterdam recently announced it would launch an electric bike share system using GoBike, though the appeal there seems more tied to being a “smart city” and embracing new technology rather than being equitable.

None of the existing systems using PBSC have announced they will add bicycles, but according to one news report, the new electric pedal-assist bicycles could arrive on city streets sometime toward the end of the year.