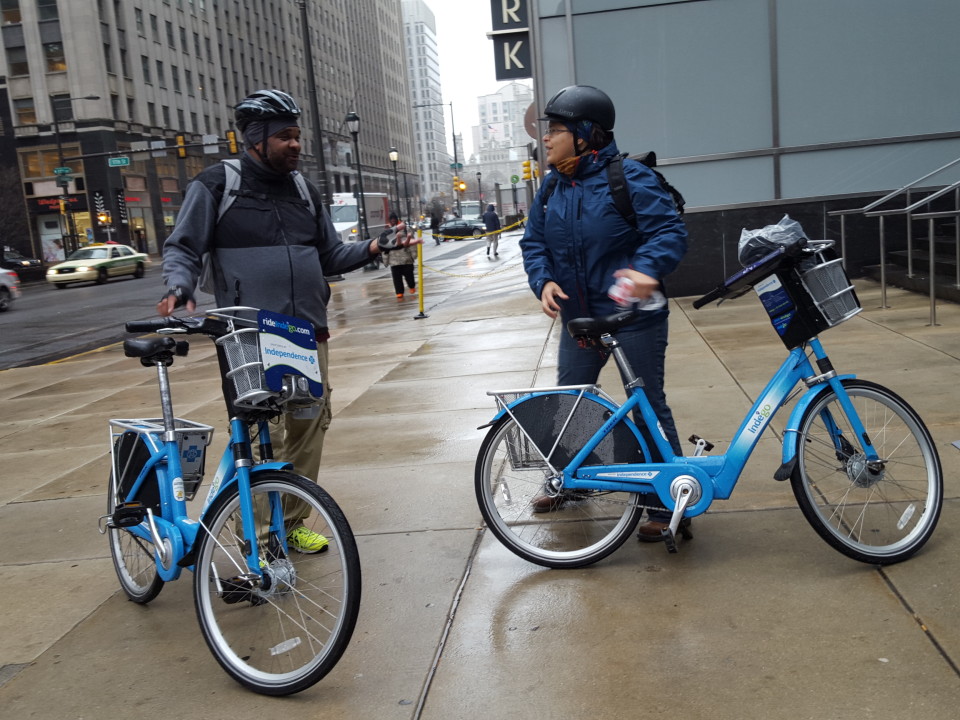 Dwayne Jones from Memphis and Azephra Hamilton of the Bicycle Coalition of Greater Philadelphia prepare for a group ride.

It is never too soon to talk about equity.

That was the reasoning behind a Better Bike Share Partnership-sponsored study tour of Philadelphia last week. The event brought together influential people from five diverse cities that are planning to launch bike share within the next two years: Atlanta, Baltimore, Detroit, Los Angeles and Memphis.

For years, PeopleForBikes has hosted immersive study tours in Denmark and the Netherlands— countries rich with bicycle culture and infrastructure. Those tours and facilitated meetings and discussions are designed to inspire and instruct local leaders on how they can implement improvements within their own cities.

“Just freeing people from their routines is powerful, as most city leaders rarely get to focus on a single topic for a block of time,” said Martha Roskowski, VP of Local Innovation for PeopleForBikes.  “Being out on bikes helps people remember the joy of riding. Hearing from experts who have been there, done that, is helpful. And spending time in deep discussion with peers builds relationships that help translate inspiration into action back home.”

Applying the idea to bike share, the Philadelphia tour was a jam-packed day and a half of meetings, discussions and site visits focused on the ins and outs of planning, operating and promoting systems with equity in mind. Participants discussed how systems should define equity, the challenges of cash payment systems, and the value of grassroots efforts within low-income communities. They also learned about available resources and existing research, such as the practitioners’ papers compiled by the National Association of City Transportation Officials. 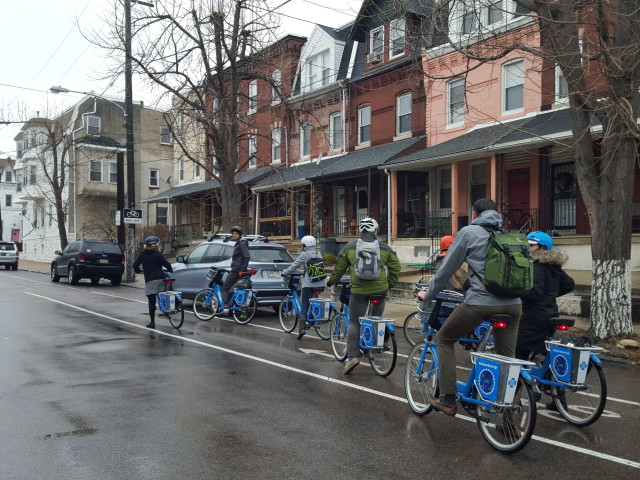 Delegates on route to Neighborhood Bike Works in West Philadelphia.

One standout moment for many attendees was a visit to Neighborhood Bike Works, a nonprofit that Indego bike share partnered with for a youth ambassador program. Another was hearing firsthand from two Indego community ambassadors—including Keola Harrington, profiled in an earlier Better Bike Share blog post.

“The deep passion of everyone involved was inspiring,” says Becky Katz, the Chief Bicycle Officer for the City of Atlanta. “Everyone is drinking the Kool-Aid. There’s a deep commitment.”

How to develop relationships in a meaningful way was a theme that consistently emerged. Delegates from the cities spoke about their current partners and brainstormed who else they might also invite to their tables.

Detroit Bike Share Executive Director Lisa Nuszkowski says her biggest takeaway from the tour was the importance of listening to the community early on. Detroit will likely launch within the next year.

“We need to think more about how we can use bike share as a tool,” Nuszkowski says.

“There is a need for across-the-board support of bike share,” he says. 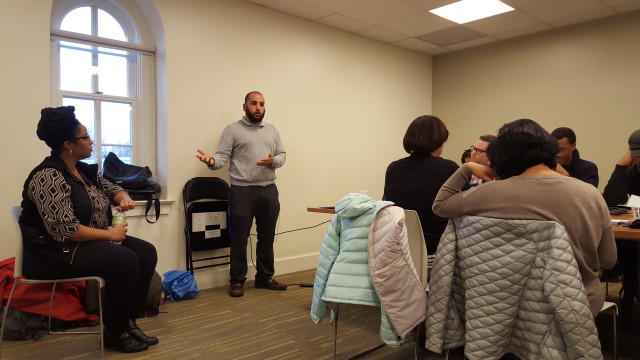 Delegates left with ideas and goals for their respective cities. The specific plans that emerge will no doubt be as diverse and different as the cities themselves, but the common thread will be equity and the belief that bike share can be a valid form of transportation for everyone.

With that in mind, Carniesha Kwashie, the Better Bike Share grant manager at the Mayor’s Office of Transportation and Infrastructure  for the City of Philadelphia, believes the tour was a success.

“We are challenging ourselves in a way that will allow the bike share industry to be more diverse and inclusive,” she says. “The integration of social equity into bike share from the beginning is what these five cities have charged themselves with. I’m looking forward to seeing their ideas and goals come alive.”