The Colorado Department of Transportation (CDOT) is awarding grants to communities across the state to reduce emissions and relieve traffic congestion. 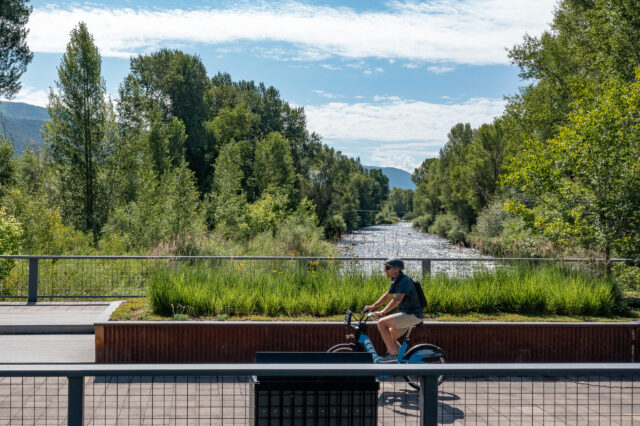 A man rides a We-Cycle e-bike in Basalt, Colorado, just outside of Aspen.

In an effort to alleviate traffic congestion and help lower greenhouse gas emissions statewide, the Colorado Department of Transportation (CDOT) recently announced that it will award $492,000 in grants to fund transit, pedestrian infrastructure, and micromobility projects, among other initiatives. The grants are focused on reducing driving through transportation demand management, which refers to any strategy — from car sharing to bike share — that provides residents with options outside of single-occupancy vehicle driving.

Among the projects that received grant funding, two specifically target shared micromobility. The City of Aspen secured a $50,000 grant to expand its existing micro-transit service programs, which will include the launch of additional bike share stations. We-Cycle, the nonprofit bike share operator that services Aspen and Basalt, currently runs a mixed system with classic pedal bikes and e-bikes. We-Cycle is unique in that its e-bikes are now charged from solar stations, further lowering the system’s carbon footprint.

The other Colorado city to receive a grant for shared micromobility is Fort Collins, where $81,000 will fund a pilot program that will provide city employees and low-income residents free access to bikes and scooters. Some 1,100 dockless e-bikes and e-scooters are currently available in Fort Collins and on the Colorado State University (CSU) campus through Spin, which from launch offered an access program that allowed low-income residents to borrow vehicles at half the standard cost. With the new grant, however, they’ll be completely free, alongside an eight-month program of education, equipment support, and outreach that builds upon the city’s wider “Shift Your Ride Travel Options” transportation demand management program. People with different needs can also request the use of adaptive bicycles — like tricycles, recumbent tricycles, and hand bicycles — from Spin at no cost.

Both of these programs are on top of the money Colorado has already invested in micromobility projects accross the state. Launched in fall 2020, the Can Do Colorado eBike Pilot Program used funds from the Colorado Energy Office to supply 13 essential workers in Denver with e-bikes. The success of that program went on to inspire others throughout Colorado, including in Pueblo, Durango, Fort Collins, and Boulder, where Boulder Bicycle Sharing is partnering with community organizations to get more people on electric bicycles. And the city of Denver currently has three e-bike libraries operating in the Sun Sun Valley, Globeville, and Elyria and Swansea neighborhoods — all historically underserved communities. These libraries are were among the first initiatives to be funded by the city’s own Climate Protection Fund.

Likewise, Colorado is now a national leader where it comes to offering e-bike purchase incentives, many of which are geared towards low-income individuals. Colorado’s embrace of micromobility is inspired by both its aggressive climate goals, as well as a focus on equity. Going forward, we hope to see more and more states putting both climate and transportation funds to similar use. 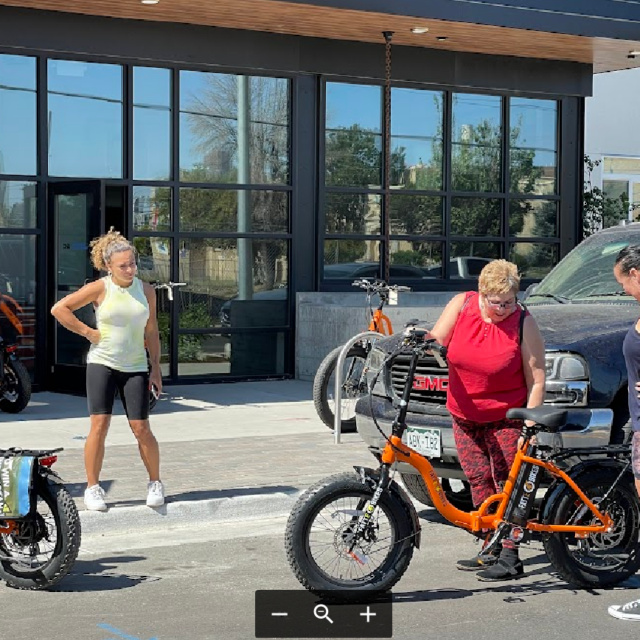