On November 5, the National Transportation Safety Board (NTSB) published a news release that has furthered the debate about the hindrances of helmet laws. Today, we’re discussing the consequences that requiring helmets could have on bicycling rates and low income and communities of color. 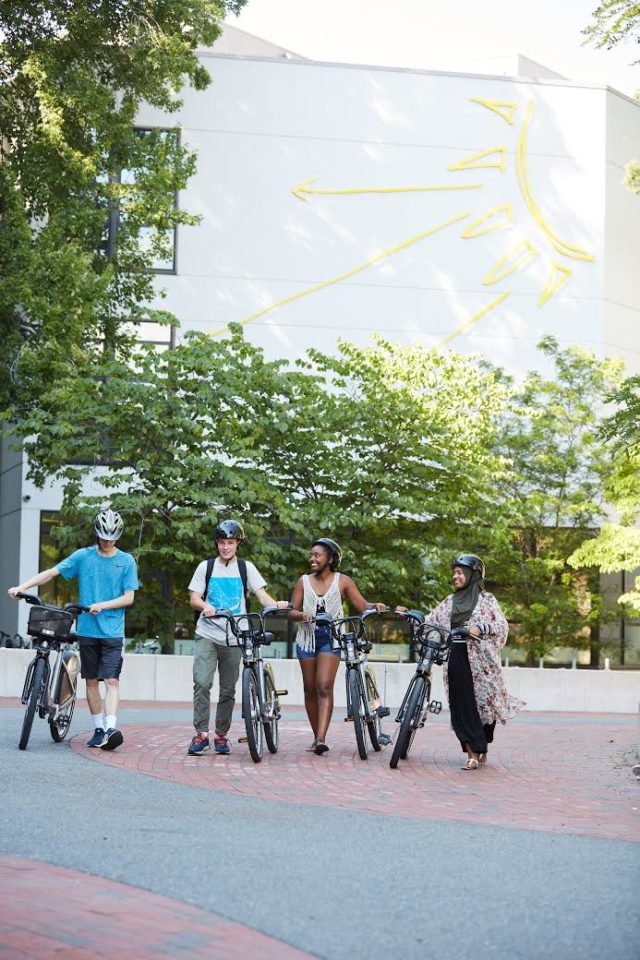 Along with this recommendation, the NTSB also spoke of the importance of cyclist visibility, stating that riders following traffic rules, obeying traffic signals and using bicycle lights can help reduce crashes.

It goes without saying that helmets provide important protection in a crash: A worldwide study of helmet use found that it’s associated with reductions of 51% for head injury, 65% for fatal head injury and 33% for face injury.

Bike advocates aren’t negating the safety provided by helmets but rather questioning the repercussions this law, if enacted, would have on people’s eagerness to cycle. They worry the “gains made in recent years to grow bike commuting and travel may be halted by laws mandating helmet use,” writes Luz Lazo, a transportation reporter for The Washington Post.

To provide some context, the fine for not wearing a helmet in New South Wales has risen from $71 to $319, and the fine in Sydney for not having a bicycle bell is $106. The rate of ridership has declined since 2015 in both Sydney and regional NSW. See a connection?

Another drawback to required helmets is the increased potential of racial profiling. In 2016, we shared research displaying higher rates of official incident reports and citations filed against black cyclists in comparison to white cyclists in Minneapolis, New York City and Tampa. Last summer, a representative of the Chicago Police Department confirmed that significantly higher numbers of sidewalk-riding citations in some communities of color were used as a pretext for searches in high-crime areas.

These kinds of laws often empower law enforcement to harass or discriminate against black riders and riders of color, especially those in low-income communities who can’t afford to pay expensive fines but rely on bicycles as a dependable means of transportation.

Safety is vital for everyone, but it can’t fully be achieved without equity considerations.

So, what’s a possible solution? Rather than criminalizing cycling, local governments should prioritize better infrastructure that accommodates all commuters. According to NACTO’s Corinne Kisner, it starts with building safe places to ride and working toward increasing bike ridership to serve as better indicators of safety improvements.

In the NACTO statement, she explains, “making people on bikes more visible makes them safer. Data from numerous cities demonstrates that risk to an individual cyclist drops as overall bicycle ridership grows.”

Kisner went on to say that “governments at all levels must embrace this finding and work to build and expand high-quality bike infrastructure to truly protect cyclists and eliminate fatalities.”

Instead of imposing safety measures that actually increase the barriers to bicycling, cities, states and the NTSB should advance infrastructure that makes bicycling safe.

Since the release of the NTSB’s statement, there has been broad industry concern about mandatory helmet laws and how they’ll affect ridership, safety outcomes and bike share. In fact, the Association for Pedestrian and Bicycle Professionals (APBP) is asking like-minded organizations to join their position against this recommendation as it prepares to present a formal letter to the NTSB. What’s your stance on the issue? Share with us on Facebook, Twitter or Instagram!

This post has been recently updated to include new developments on the mandatory helmet debate.