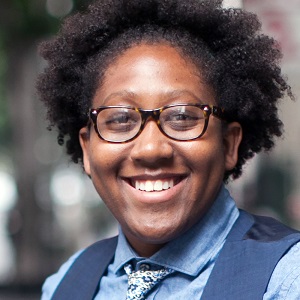 It’s crazy to think that on July 7th at 11:30am this year, I was at a kids’ gym with a bunch of children celebrating my son’s first birthday. Three years ago in 2016, at that same moment, I was in downtown Los Angeles at Grand Park with a bunch of elected officials and bike advocates celebrating the kickoff of bike share in Los Angeles.

A lot has changed for me in the last three years. In addition to having a child, I left the Los Angeles County Bicycle Coalition (LACBC) and the transportation world completely to lead a park equity organization. I came back to the transportation world at the beginning of this year, when I joined Toole Design. I’m so happy to be back, but as I’ve gotten my footing in transportation again, I’ve noticed that, while things appear to have progressed, some familiar issues have largely remained the same.

Everyone talked about making micromobility equitable, but what does that really mean?

The truth is, there are new components that look different, but for anyone who values equity in transportation, the same questions and concerns still simmer just beneath the surface. When I left bike advocacy, we were still trying to determine what bike share would and could mean for transportation within a region. We were still trying to figure out if bike share could be an advocacy tool and a key to accessibility to get more people riding and talking about the importance of bike infrastructure.

Thanks to a grant from the Better Bike Share Partnership, LACBC and I had the opportunity to explore these ideas in partnership with People for Mobility Justice and LA Metro to help make bike share more equitable for all to use it. Our goal was to figure out how students, seniors, and low-income people could better access bike share despite barriers like not having a credit card, or not knowing how to use the system.

Talking with our peers across the country, we learned that we all had the same fears and struggles in watching agencies try to make systems equitable by retrofitting them. What we learned and experienced was that bike share didn’t feel like something that was created by or for people of color. Equity was an afterthought, rather than an element built in from conception.

We also talked to people around the country who felt that — just as with other transportation work — bike share seemed to be led by, or heavily impacted by, people in decision-making positions who were predominately white. Our national network of advocates kept hearing community members say that they thought of bike share as city-run systems with clunky pedal bikes, long planning timelines and low funding. People were never sure these bikes would get them where they needed to go and the overall image was that bike share was still largely a young, white people thing. If you weren’t young, fit, white, and able-bodied, it didn’t seem like bike share was a transportation solution for you. 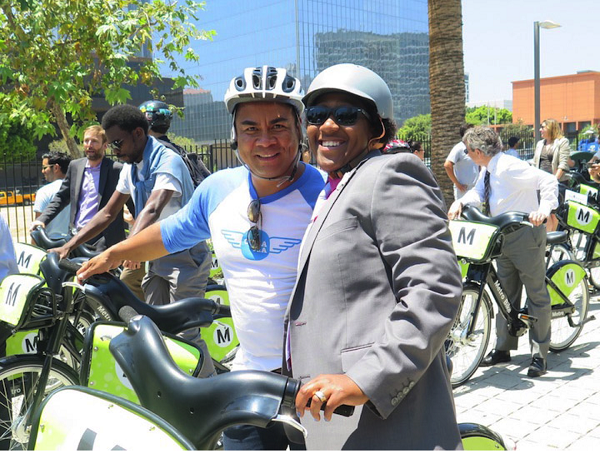 So where are we now, three years later?

Honestly, in a lot of ways, we’re exactly where we were 2016. What we’re now calling “micromobility” doesn’t seem set up for people of color or low-income people, the same way that bike share didn’t when I left transportation.

Let me be clear — I don’t mean that nothing has changed. The bikes are better, brighter, and there is electric assist! There are literally more colors all over the micromobility landscape as more private companies have joined the mix with money to spend on branding, marketing, and targeting a customer base. And are docks even necessary any more?

The biggest change might just be the big scooter energy! Scooters are everywhere. You’ve seen them. On sidewalks, in parks, in bike lanes, sometimes even in water. Love them or hate them, they are here and, based on the ridership numbers, they’re here to stay. More than that, preliminary research seems to show that overall ridership is up and reflects more diversity of low-income people and women riding! That does seem promising.

I see more people of all ages, races, and genders riding shared bikes and scooters every single day. Some are riding to the bus stop or from the train, using scooters as a piece of their multimodal commute. Others are riding with friends, hanging out, and having fun. As more people are riding and parking micromobility devices on sidewalks, there have also been more conversations about infrastructure and engineering changes to make our streets and sidewalks safer for all users.

This is great! Right? 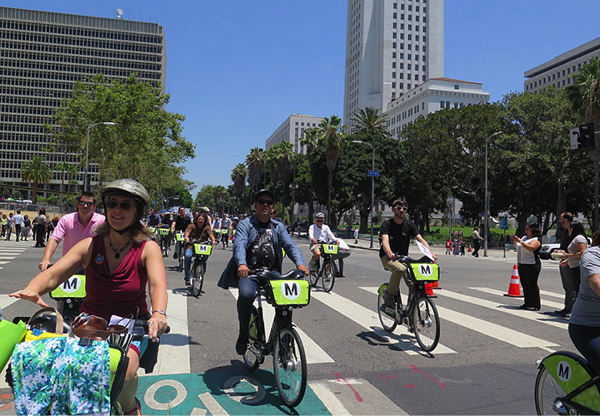 Maybe. When I look around, I’m still left with a whole lot of questions, none of which make me confident that micromobility is helping us build a more equitable transportation system. It’s no longer about public bike share systems struggling to find the funds. Venture capital and tech companies have joined the landscape. There is debate on whether these changes are good or bad, and there are questions about whether the private companies are getting involved because they care about transportation and mobility solutions, or because they want to gain data and market share.

The reality is that the industry is consolidating. We’re seeing a few companies take up larger market shares and trying to control what’s out there. Change is happening and it’s no longer just government entities running the show.

When decisions about access to mobility are made based on profits, can we achieve the outcomes we promised with public bike share systems? Is there access by folks regardless of income status or gender identity? Have we figured out cash payment options? Have we seen more meaningful outreach, rides, and engagement in one’s own neighborhood?

Is micromobility undermining public transit? If so, is that good for all of us? Is it good for those that rely on public transit and would never use any form of micromobility? What about the people who will always use public transit because they don’t feel comfortable riding bikes and scooters and/or have physical mobility challenges that prevent them from easily doing so?

Are these devices as easy to find in low-income neighborhoods of color as they are in more affluent white neighborhoods or downtown centers? Are riders of color being pulled over at higher rates for breaking rules about sidewalk riding or not wearing helmets?

There are a lot of questions that the transportation profession needs to keep asking, even as micromobility evolves at lightning speed.  To find answers, we need to do the work of defining equitable micromobility, being honest with ourselves about what the impacts of these services can really be, and opening conversations with the people who will be using these services, hosting them in their neighborhoods, and interacting with them where they live.

So if you’re looking to answer some or all of these questions, here’s where I think we should start:

After three years away from transportation, I’m pretty confident that I have an adorable kid. I still lack the confidence to say that this evolving area of transportation is really by and for everyone.

That depends on how we define equitable micromobility — for everyone.