This post is part of a two-part series on equity and safety within e-scooter sharing. 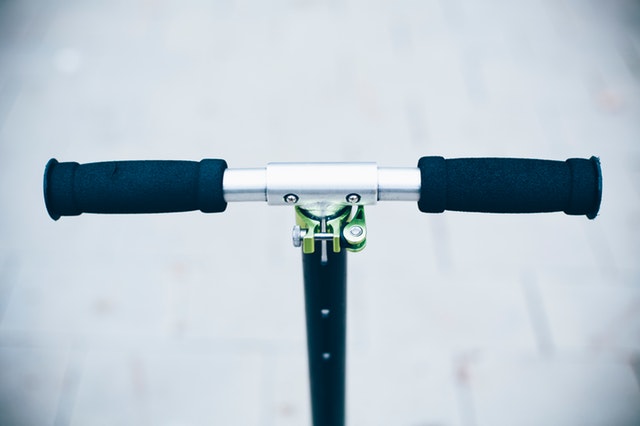 E-scooter sharing is the hottest trend in micromobility. One of the questions for those studying the field is how to make sure all residents have an equal opportunity to take advantage of these new mobility devices.

A survey out of Portland from October of 2018 gives the clearest insight into how e-scooters are distributed and used in one particular city.

The study, conducted by Portland’s Bureau of Transportation, examined results from 4,500 users of e-scooter share to learn about rider habits, as well as popularity and perceptions of safety.

Findings showed that e-scooters are immensely popular across all of Portland, with 85% of respondents stated they were “extremely likely” or “very likely” to recommend e-scooters to a friend. Many had never tried bike share prior to using e-scooters.

The PBOT study showed that the portion of riders using scooters for recreation was about equal (one-third) to the portion that used the scooters to commute, which means Portlanders are using shared micromobility in a variety of ways.

One component of e-scooter equity is making sure residents can ride them throughout the entire city. PBOT required the companies to deploy to East Portland, which is a historically underserved area, with positive ridership results.

The city said that clear data sharing protocols are essential to understanding and evaluating scooter successes and growth areas.

Also important to Portland is providing accessible options for those who may find it physically difficult to use a traditional e-scooter model.

Briana Orr, who manages the PBOT’s e-scooter pilot project, said, “Part of this needs to be about physical access, no matter what neighborhood you live or work in. All residents should have the option to take an e-scooter when they want to. We’ve learned quite a few things about that work through bike share.”

PBOT is looking into the potential of seated scooters and three-wheeled scooters as part of its accessibility considerations.

In Portland’s study, men were much more likely than women to ride e-scooters. It’s unclear whether the discrepancy is due to perceptions of ease, safety, popularity, or other factors.

St. Louis is another city that has been keeping in close contact with the e-scooter industry from the beginning.

The city had already developed a working group to tackle bike share issues, and was thus poised to consider e-scooters as well. Spatial equity was a priority:

“We required that companies keep 20% of their fleet in certain neighborhoods,” said Liza Farr, Associate Project Manager with St. Louis’ Economic Development department. “We drew the boundaries for those areas, and the companies were pretty open and willing. We thought there was going to be a lot more pushback, because there aren’t a lot of bodies and potential users in the areas we outlined.”

The data show a large amount of ridership coming from the target areas, and comparatively longer trips.

“We don’t know exactly what that means,” said Farr. “More engagement and study is needed. Scooters may be filling a transportation gap that has been a challenge. It might be true that moving faster feels safer than walking, though we know from surveys that there are still concerns over personal safety.”

According to Farr, the companies’ main priority is that the cap on number of e-scooters be high enough to make their systems viable.

St. Louis has also required that companies provide a non-smart phone option for use, and a cash payment option. In hindsight, Farr would recommend also requiring that companies engage with communities to raise awareness of these alternative options.

Low-income discounted memberships are also available, but rarely accessed. The City hopes to use new grant funding to advertise the memberships and ease the sign up process.

Like most regulation processes, patience and observation are the name of the game:

“There are lots of unanswered questions,” said Farr. “You have to let things play out and adjust as you go. You’re not going to get it right all at once.”

Micromobility companies must meet with the bike share working group at least once per quarter, which helps the City keep tabs on their distribution, practices, and policies.

Since the survey was released, Portland has temporarily closed its doors to e-scooter sharing companies in order to do more research and develop related policies. PBOT will conduct a second pilot, likely in spring.

Additionally, organizations like NACTO are working to create resources and facilitate a St. Louis roundtable that addresses the questions cities may have about regulating shared micromobility.

As Nicole Payne, Program Manager at NACTO said, “Cities are taking the position that they will have to tell companies ‘you must provide discounts, etc.’ They’re not going to do it themselves.”

Don’t miss our next post, where we’ll take a look at the question of e-scooters and safety.