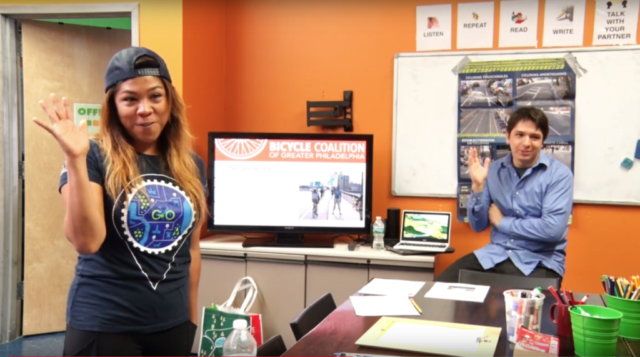 Too often the perception of who rides bikes in the U.S. looks one way — white, male, and affluent. But community organizations in Philadelphia are determined to broaden that view.

Last August and November, the Garces Foundation partnered with Better Bike Share to host cycling workshops for Philly’s Spanish-speaking community. The events were held for the purposes of informing local residents about safe riding tips, as well as educating them about their rights as a cyclist.

The Garces Foundation focuses on connecting underserved immigrants to health and educational resources. Creating a forum to discuss challenges to so-called “invisible riders” aligns with their mission. Many of the participants were Latinx women working in the food service industry.

Brenda Hernandez of the Bicycle Coalition of Greater Philadelphia led the workshop, which turned into a frank discussion of bicycling issues. Sexual harassment, dangerous drivers, transporting children, and perceptions of who is allowed on certain bike paths were all topics of conversation.

Events like these are important given documented gender and racial inequities among cyclists. Hopefully the conversation will continue in 2019.