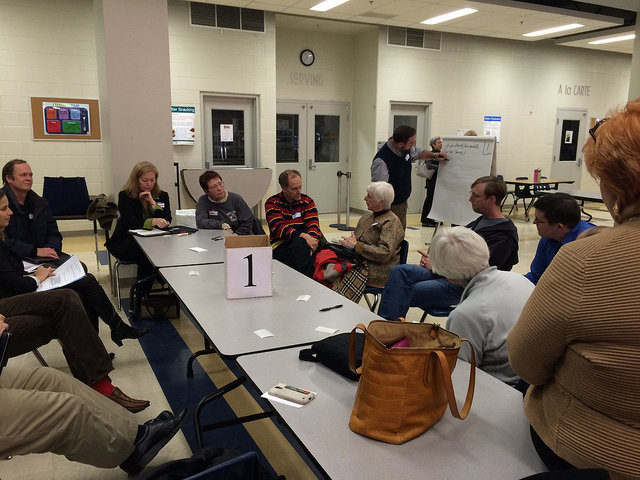 Researchers are confirming what many have sensed for quite some time — planning meetings are stacked against people of color. And there might be some lessons for bike share professionals in the findings.

Next City covered the study, which came out of Boston University. Researchers analyzed public meetings in the Greater Boston area and found that white participants made up 95% of those in attendance, a higher percentage than found in the area overall.

“These racial disparities are far worse than they are in other forms of political participation,” said the study’s authors. However, one notable caveat is that racial and ethnic demographic status was estimated in the research process, rather than gathered through a direct ask.

Race wasn’t the only demographic unevenly represented at meetings. According to Next City:

“Men, older residents, and homeowners were also overrepresented at public meetings on development issues. Moreover, that study found, public meeting participants tended to be more opposed to new development than the community as a whole.”

The impact is that affordable housing developments often end up smaller and less ambitious than originally planned, which has adverse effects on the overall housing supply for individuals with lower incomes.

The research calls into question the democratic nature of the process of public planning meetings. If a small, and unrepresentative segment of the community is tuning in, then what does that say about who decides what the physical environment of a community will look like?

The study looked specifically at zoning and planning meetings, which are especially important for the development of affordable housing. That focus plus the geographic specificity of the information makes it hard to generalize the results. But one can’t help but wonder if similar disparities might be found in the conversations that precede bike share’s rollout and other bike share community engagement strategies.

The truth is that it takes a lot of work and intentionality to seek out representative community participation from the get go. Memphis is one city that embraced the challenge. Their strategies for bike share planning included traditional public meetings in a variety of neighborhoods, an advisory board made up of local nonprofits, and a commitment to hiring from women- and minority-owned businesses. They also said they started by being open to the possibility that bike share might not be wanted or needed in the first place.

The takeaway is that who is able to make it to the table matters, and the bike share systems that are most welcomed by residents will likely be the ones with the most inclusive engagement practices from the very beginning.

Stay tuned for the release of a new NACTO and Better Bike Share report that takes on the question of how to cultivate meaningful community participation around bike share, based on findings from the many cities who have worked on equity issues in recent years.