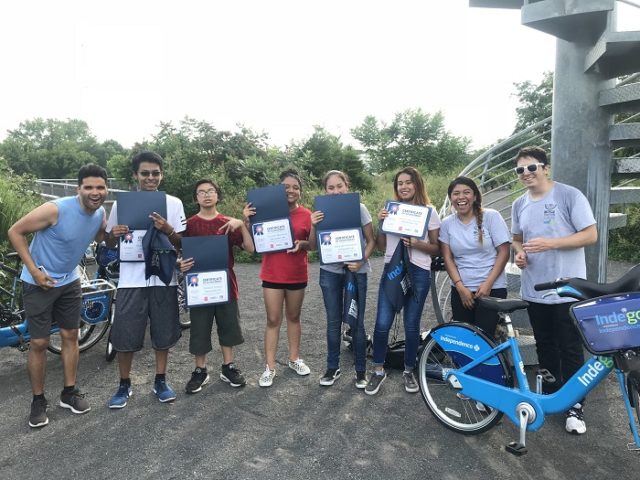 Brenda Hernández and the Bicycle Coalition of Greater Philadelphia would love for bike share to be truly accessible to the whole community. That includes residents who don’t speak English as a first language, as well as youth.

As the Bike Share Community Liaison for the Coalition, Hernández has been especially involved with the local Latino community and addressing the barriers that prevent the embrace of bike share. She and the rest of the Coalition learned through classes, surveys, and other engagement work that “language access is one of the big holdups.”

The Coalition started brainstorming ways to be more comprehensive in its outreach to Spanish-speaking neighbors. As part of those efforts, the organization is hoping to develop a Spanish language neighborhood guide, which would provide a map of Indego stations and ideas of local landmarks or resources to ride to.

“The challenge is when we’re hitting areas that are not within the Indego area, such as the northern side of Philadelphia,” said Hernández. There’s hope that eventually those neighborhoods will be included within the Indego system.

In the bilingual programming, the Coalition quickly realized that most of the participants were women — about 75% overall. That lead to a focus on empowering women riders, many of whom wanted to use the bikes to take their kids to school. 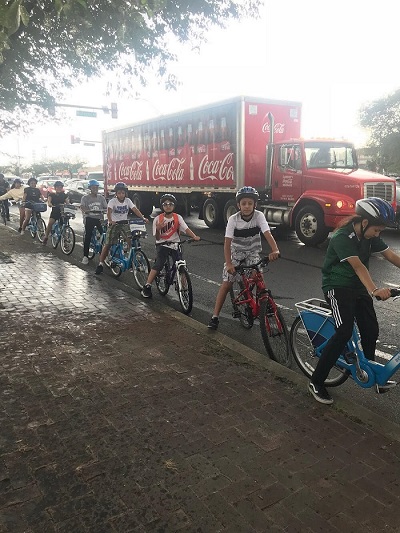 Another demographic of recent focus for the Bicycle Coalition is youth. Prior to this summer, Indego riders had to be 16 or older to use the system. Now the age minimum is just 14.

“The age gap was kind of difficult,” said Hernández. “Many of the organizations that we work with are youth oriented. Before, a lot of kids wanted to ride a bike but couldn’t because of the age gap.” The new policy means that it’s gotten easier to work with those community groups.

Some of the youth work also has a bilingual component, such as the Mighty Riders, which helps both Spanish- and English-speaking kids with their riding. Roundtables with youth have led to important conversations about what bike share is and who it’s for, including tough considerations of gentrification and policing.

Sometimes the work involves making a case for bikes in the first place, since many organizations have a different primary focus, such as school-to-prison pipelines and youth empowerment. “It’s about convincing them that you can definitely use the bike to create an impact, and using it as a tool,” said Hernández. 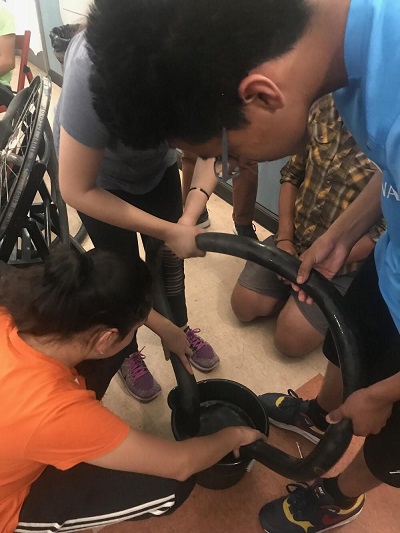