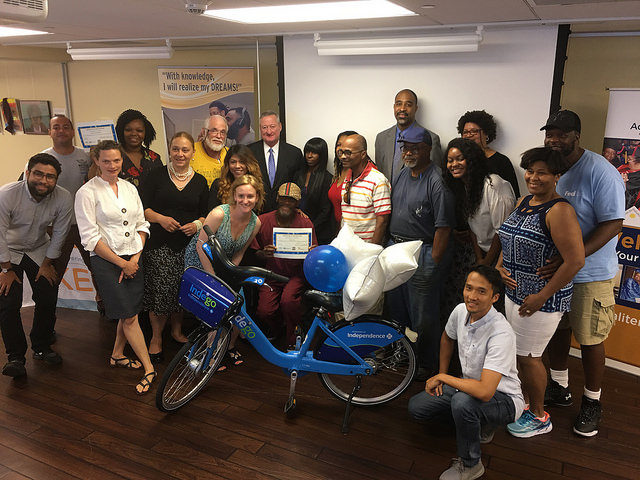 Computers and bike share may seem like an unexpected match, but in Philadelphia both are the foundation of a great learning opportunity.

The seventh cohort of Digital Skills, Bicycle Thrills (DSBT) just celebrated its graduation last Tuesday, June 24th. The program is managed by Philadelphia’s Office of Adult Education in tandem with the DSBT partnership. This graduation was particularly special, as Philadelphia Mayor Jim Kenney was in attendance. 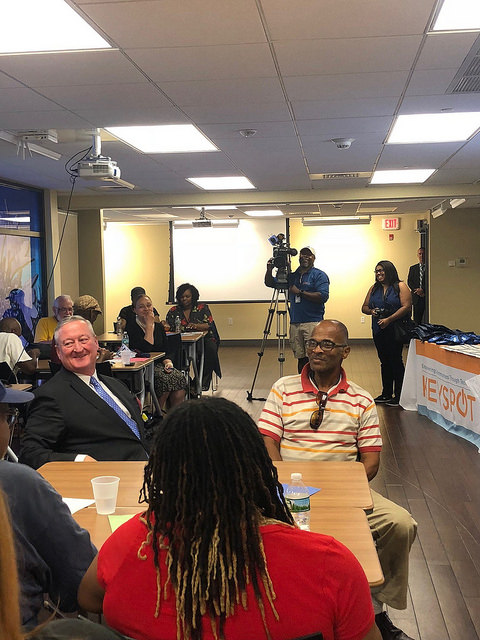 This round the program partnered with Project Home as a host site, an organization that supports people dealing with homelessness and poverty. Project Home became a keyspot for the purposes of the four-week program, which means they are now one of the City of Philadelphia’s centers for public access computers.

The program offered participants the opportunity to both improve their digital literacy skills and grow familiar with the Indego bike share system. They learned how to use the Indego app to locate and check out bikes, how to plan a ride route in Google Maps, as well as how to handle Microsoft Word.

“They can do [the digital portion] wherever they have Internet access and a computer,” said Jennifer Kobrin, Director of myPLACE and Digital Initiatives with the City. “We do offer extra help sessions during the course, and there is a designated time during which a facilitator will be in the computer lab to assist.”

The City also partnered with the Bicycle Coalition of Greater Philadelphia to host several group bike share rides. Members of the most recent DSBT cohort came from all walks of life, including clients of Project Home, students, and residents from various parts of the city. 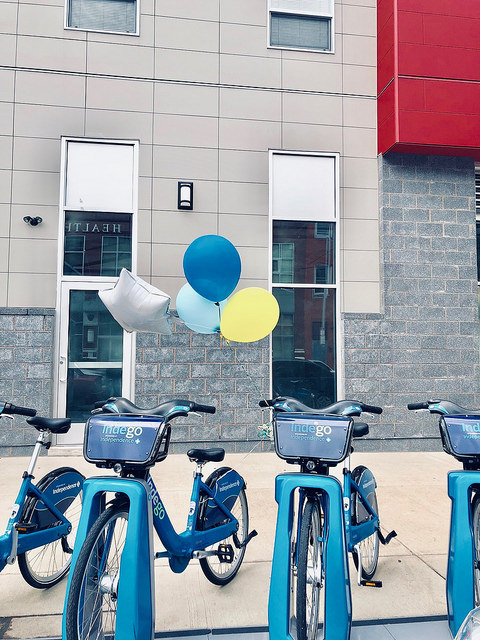