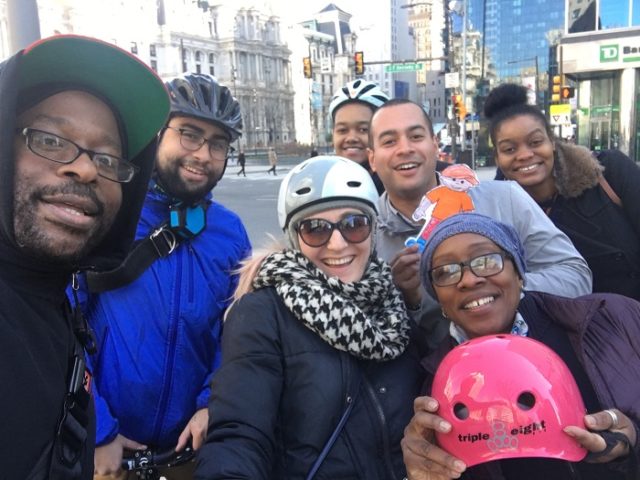 It’s no secret that Olatunji Oboi Reed is making waves in the field of mobility justice. So Better Bike Share is honored that he shared some of his experiences and insights through a daylong visit to Philadelphia on Monday. 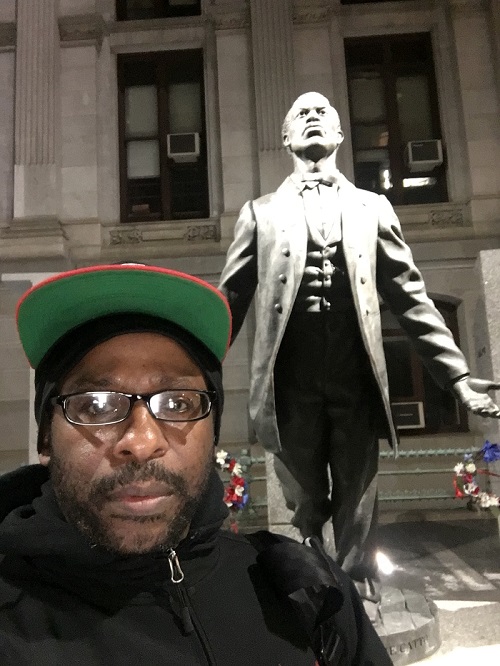 During his visit to Philadelphia, Reed met with primary Better Bike Share staff members and talked about his work in community engagement and on interfacing with the Vision Zero movement. He also shared stories from his personal background that led him to where he is today.

In the evening, Reed spoke to the public through an open event. “Having him in Philadelphia and hearing what brought him to the work was inspirational,” said Waffiyyah Murray, Better Bike Share Partnership Project Manager. “We went for a group ride through the city visiting some of the neighborhoods we work with through BBSP, such as Strawberry Mansion and Brewerytown.”

See a recent profile of Reed as a Hometown Hero from the Grist 50 list.