Bike share has been around for awhile now, but that doesn’t mean the time for new partnerships is over. In Philadelphia, the Barnes Foundation is teaming up with Indego to reach out to a whole new audience.

The Barnes Foundation is a Philadelphia art collection and educational institution featuring a variety of paintings, sculptures and more. It has partnered with Indego bike share to provide free admission to all Indego passholders until September 2018. Members simply show their Indego key at the museum entrance and enter for free (a $30 value). The program also allows for up to four friends to come with the passholder and receive a $5 discount.

An additional component of the program is that 10 special Indego bikes have been wrapped with artwork from the Barnes Foundation and released to roam the city. An additional 10 bikes  artwork-wrapped bikes will be added to the fleet in 2018. The partnership has also led to a new Indego station being opened this past Thursday at the Barnes Foundation to help facilitate ease of access to the museum.

How the bikes and art partnership got started

The Barnes Foundation benefits that Indego users enjoy today is the result of a year-long partnership. The conversations began after the museum decided to diversify its visitors and noticed that Indego bike share has a strong track record for reaching a broad cross-section of Philadelphia residents. Through the program, Barnes is hoping to specifically draw in more students, urban professionals, and families.

“The audiences that Indego has so carefully fostered are evident as we see people riding by,” said Shelley Bernstein, Deputy Director of Audience Engagement and Chief Experience Officer for Barnes. “Welcoming Indego riders to the Barnes through free passholder access and providing a frictionless onsite experience via an Indego bike dock is top of mind given our own goals to grow audiences reflective of the city.” 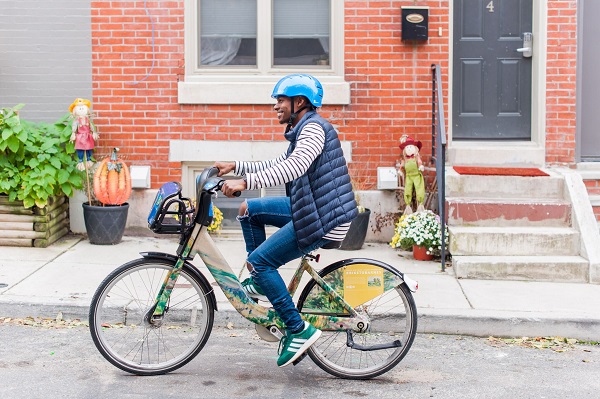 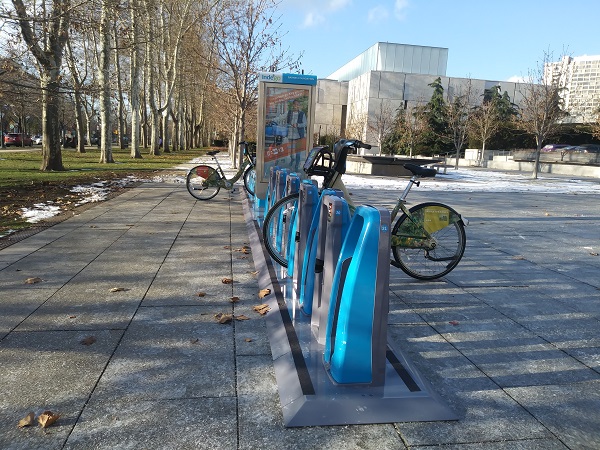 “When we first sat down to talk, it was a preliminary conversation of, ‘What can we do together?’” said Kiera Smalls, Marketing Manager for Indego at Bicycle Transit Systems. “Can we partner during community outreach activities? Bring Indego users into the Barnes? What does it look like to host an event at the Barnes?”

The planning process eventually led to the idea of wrapping bikes and to mapping out an unveiling event at the museum, named Bike to Barnes. Later, the decision to add an Indego station at the site itself was made.

“We didn’t start the conversation with, ‘How can we host an Indego station on your property?’” said Smalls. “Our initial conversations were strictly about connecting Indego communities to the Barnes Foundation. It took about a year of successful collaborations that elevated the partnership to this level. Think about how many people this will impact. Someone can now go from Strawberry Mansion to the Barnes doorstep to enjoy all that the museum has to offer.”

While preliminary numbers about how the program has been working so far are still forthcoming, Bernstein is optimistic about what will come from working with Indego.

“For the Barnes, the way Indego has modeled practice with regard to diversity, inclusion, data-driven decision making, and information sharing has been really significant in our want to continue this partnership long term,” said Bernstein.

One unique part of the initiative to wrap Indego bikes in Barnes Foundation artwork was the community participation component.

Indego encouraged their members and others who attended local events to vote on their favorite art to be used for the bike wrapping. The process helped raise awareness about the Barnes Foundation and the new partnership with Indego. It also served the purpose of letting locals be a part of the decision-making process and of getting them invested in the specially-decorated bikes.

Surveying for the artwork that will appear on the 10 additional bikes in 2018 happened during the well-attended Strawberry Mansion Day event. 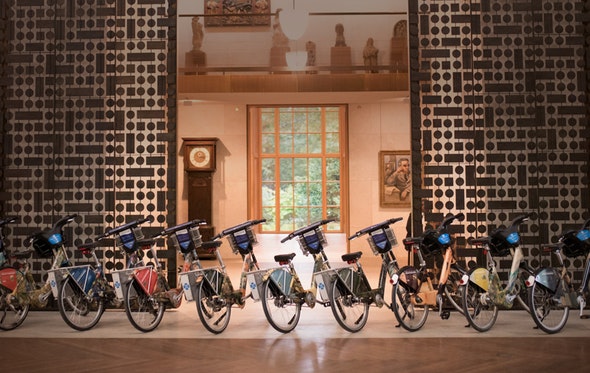 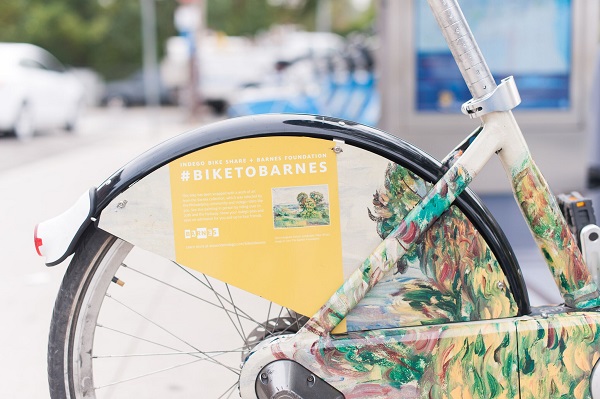 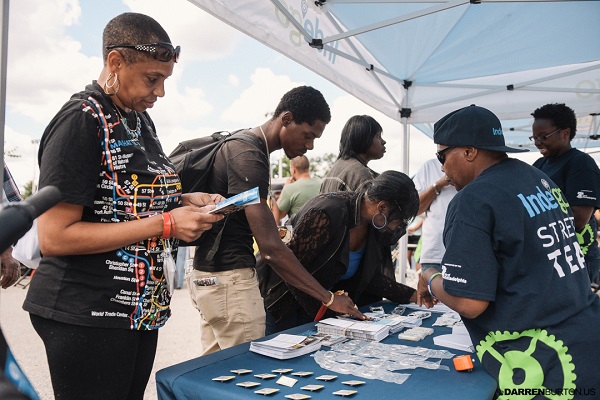