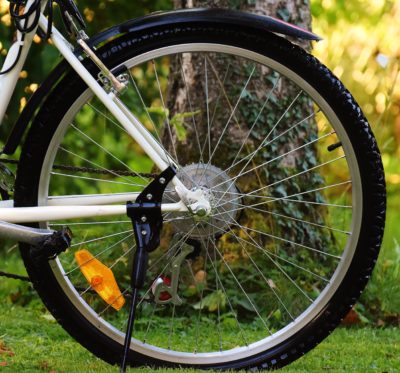 Nonprofits in Milwaukee are evaluating how to include neighborhoods of color in conversations and outreach about bicycling trails, and it’s a conversation useful to the bike share advocates across the U.S.

A reflection showed that people of color and low-income communities are often missing from the decision table, and are often unaware of the main Kinnickinnic River Trail.

The findings come after the Rails-to-Trails Foundation released a report showing that residents of Milwaukee’s low-income neighborhoods are less likely to live within two miles of a biking trail than those of the city as a whole. (Eight percent of residents in low-income neighborhoods vs. 24 percent of residents in the city overall.) The disparity also disproportionately affects Blacks and Latinos.

Fortunately, Rails-to-Trails and other groups are advocating to improve the trail’s connectivity in order to make it more accessible across the board.

In a former post, we discussed ways that bike share can also facilitate access to parks and open space. Techniques include cultivating rides that focus on outdoor space and waterways, and providing bike share at key locations for maximum accessibility. Discounted memberships make a difference too.

The bottom line is that better connecting a diversity of neighborhoods to green space is a step forward for equity. Park space is a mostly-free resource, and frequently an oasis in busy urban areas. As such, it’s perhaps the most visible example of an amenity that should be available to all.