It’s no secret that the bicycling world is often thought of as a white and male space, and having conversations about changing that while money is on the table can be tough. However, a Los Angeles example shows why at the end of the day, these efforts are worth it.

The Los Angeles County Bicycle Coalition (LACBC) has been offering financial assistance to diverse riders who are interested in being a part of Climate Ride. Climate Ride is a nonprofit organization that organizes multi-day bike rides and other active events with proceeds supporting “sustainability, active transportation, and environmental causes.” The rides are well-supported, including meals, snacks, lodging, and end shuttles, and there are minimum fundraising requirements that participant riders must meet.

While this type of ride might look quite different from the average bike share trip, bike share professionals can still learn from the equity-oriented conversations and planning that went into LACBC’s successful program.

Identifying the resources and point of intervention

The first part of developing Team LACBC: Diversity Program was realizing where equity gaps were and how to leverage existing efforts.

“What this really is about is you supporting folks who might not otherwise be able to afford the materials and the equipment they need to do this,” says Tamika Butler, executive director of LACBC. “Or they might not like to fundraise, nor have a history of fundraising, nor have a network they can go to and people to ask about that.”

The Diversity Riders got started under the leadership of a former LACBC board member Greg Laemmle. Laemmle initially started a sponsorship program on his own through his family’s company Laemmle Theatres.

Laemmle Theatres would provide a donation for individuals to “Ride with Greg,” but Laemmle began to notice over time that the participants were largely white. It was increasingly important to Laemmle that the Climate Ride include participants from communities that are most likely to be impacted by future climate change, and who represent the racial and ethnic diversity of Los Angeles.

Then Laemmle reflected on what it might feel like to be the only African-American person on a 100 person ride. “The idea then became, ‘Let’s take this out of the context of Ride with Greg and Laemmle Theatres,’” he said. “Ultimately I felt that the Bicycle Coalition was better able to lead the process.”

Moving the Diversity Rider efforts over to LACBC, meant more opportunities for other funders to get involved, as well as the ability to draw upon LACBC’s experience working on the county-wide level with multiple partners. 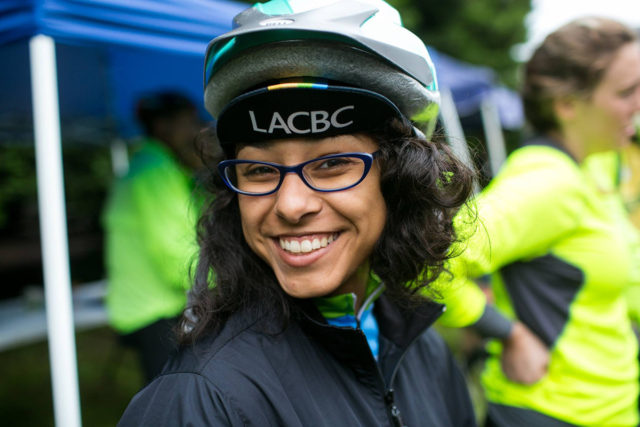 “Being nominated for the Diversity Program was only the beginning […] I was riding for those who might never get this opportunity or who’s life was cut short on our city’s (unsafe) streets […] It was a great privilege to be a part of something so empowering, and it’s an experience more people must take on […] I will never forget this journey and the amazing people I met along the way.”
– Erika Moreno, Diversity Rider

Bringing equity into conversations and decision-making

The next step in the process was to build out what the new program would look like with diversity and equity as main principles.

These kinds of conversations aren’t always easy, especially in the predominantly white world of biking. Fortunately, LACBC had dedicated leadership from Laemmle and Butler, as well as a consultant to help them through the process.

One sticky point was how to make sure that the verbiage around the equity initiative reflected the intent of the program, without tokenizing participant riders. It helped that LACBC was already starting to look at how to institutionalize equity and diversity within itself as an organization.

“When I started there were no people of color on the board and only one female,” says Laemmle. “When Climate Ride came around, we were already making efforts at the board level to be more welcoming and engage other communities. I think this kind of fit in.” LACBC’s Diversity Riders program supports not just racial and ethnic diversity, but also diversity of gender, sexual orientation, and more. 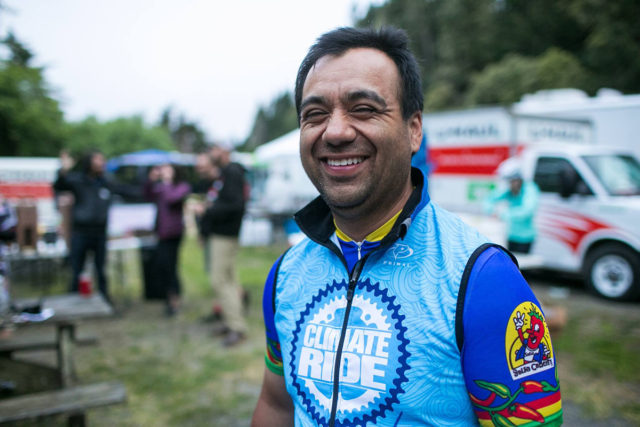 “Team LACBC is an amazing group. They supported me from the moment I committed to doing the ride. I’ve wanted to do a charity ride for a while but felt intimidated by the amount of money you have to raise […] The Diversity Program gave me the opportunity to do something epic for a cause I believe in.”
– GusTavo A. Guerra Vásquez, Diversity Rider

Putting it all into action

One participant was a long-time volunteer with LACBC, but also a university student who needed financial assistance. Another member was a single mother who didn’t own her own bike and needed help getting one. A third had a bike and just needed help understanding where to get started when it came to fundraising to peers and colleagues.

“When you’re a diversity rider, we get you pretty close to your minimum [fundraising amount], but we ask that you still do a little on fundraising,” says Butler. “We’re helping them craft emails, we’re helping them figure out how to talk to their friends. [Then] they get to go on this ride and be a part of the team.”

For 2017, each Diversity Rider will receive the following:

In 2016, LACBC brought in $23,000 to help support its Diversity Riders, and it projects similar numbers this year. 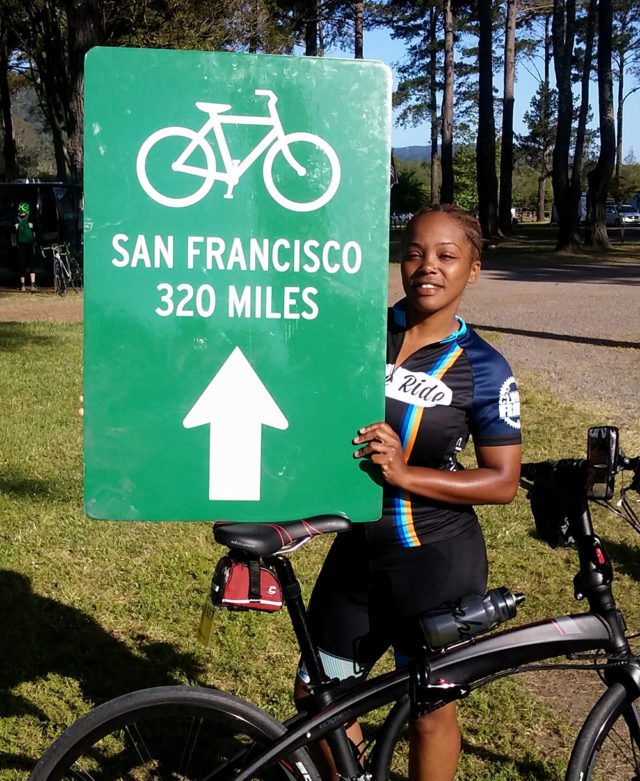 “I was able to overcome all of my ‘I cant’s.’ Each day on Climate Ride showed me you can really do whatever you put your mind to. I wasn’t a cyclist before, but now I love it […] I can tell my child, ‘Mommy rode 320 miles to S.F. and I gave my all.’”
– Mercedes Boston, Diversity Rider

One thing that was important to Butler is that there is no separate “diversity route” that could stigmatize those riders.

“Once you make the team, then you’re just on the team,” says Butler. “You go to all the training rides and you’re very much a part of the team.”

She’s also happy about how the Diversity Riders program has helped LACBC engage funding entities and donors who might not otherwise feel compelled to support its work.

When asked what advice she would give to other cities looking to do similar work, Butler says you have to think about “who is that champion who’s not always beating the diversity drum? It was super helpful that it was a board member who was really going to go all in for that. Also, who’s going to put up that first big gift? Who’s willing to facilitate someone else having that experience?”

She says it helps to know ahead of time as a team that you are open to having those conversations. Throughout the process, Butler says it’s important to understand the difference between a decision feeling awkward and feeling “not okay.” (The first is normal; the second is bad.)

While it’s easy to get bogged down in the logistics, Laemmle emphasizes that at the end of the day, diversifying ridership “isn’t rocket science.”

“It’s about creating that welcoming environment,” says Laemmle. “If you believe in that, put your money where your mouth is. I’m hopeful that the success of the program will attract more funders over time.”

Two of the past Diversity Riders have returned to participate in Climate Ride 2017 as standard, non-scholarship riders.

If you are inspired to support this year’s Diversity Riders you can make a donation to the team captain’s page here. (Be sure to write “For Diversity Team” in the donation memo.)