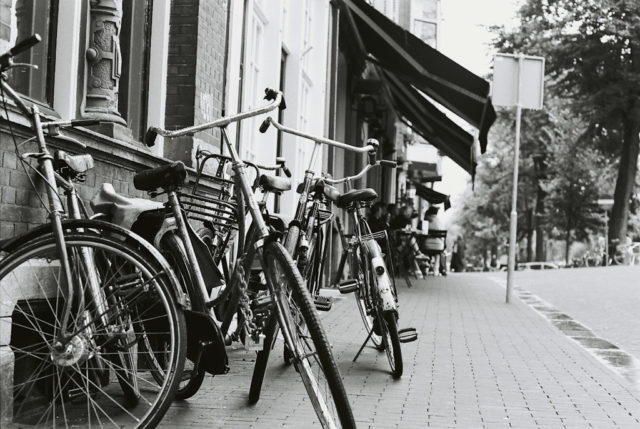 Making modern public bike sharing systems broadly accessible is difficult. But it’s happening — and in a sense, it’s just working out the details of a vision from the 1960s.

Many people have heard of the “first generation” bike sharing system that scattered a “small number” of white bikes around Amsterdam in 1965. (Here’s John Lennon and Yoko Ono with one a few years later.) But few know that system was never actually backed by the government. It was the work of a private group of anarchists called Provo.

It didn’t go well. But Provo’s underlying calculation — that publicly owned bikes could be “individual public transport” that could combine with mass transit to make urban movement healthier, greener and more equitable — was sound.

In fact, it’s possible to trace that idea directly to today’s systems. The Guardian tells the story of one industrial engineer involved with the original Provo plan, Luud Schimmelpennink, who has seen the concept all the way from radical brainstorm to worldwide success.

The Witte Fietsenplan may have attracted much attention, but it was short-lived. The free white bikes were quickly removed by the police, who were hostile to Provo’s anarchist initiatives. But for Schimmelpennink, and for bike-share schemes, this was just the beginning. …

In the mid 90s, two Danes asked for his help to set up a system in Copenhagen. The result was the world’s first large-scale bike-share programme. It worked on a deposit: “You dropped a coin in the bike and when you returned it, you got your money back. A lot of bikes got stolen though, because the users could remain anonymous.” …

In 2002 he got a call from the French advertising corporation JC Decaux, who wanted to set up his bike-sharing scheme in Vienna. “That went really well. After Vienna, they set up a system in Lyon. Then in 2007, Paris followed. That was a decisive moment in the history of bike sharing.” … 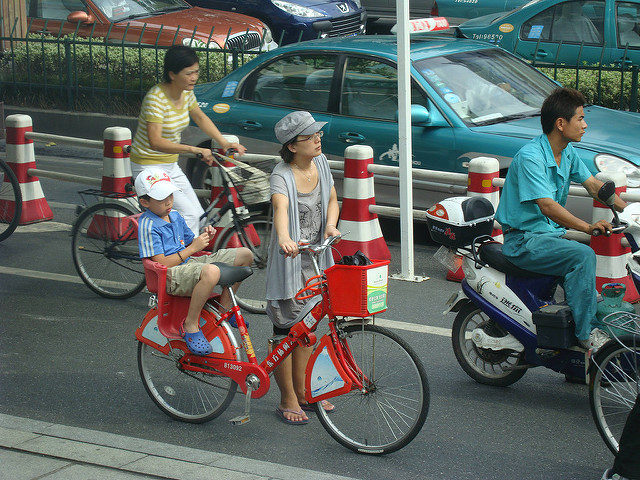 By the end of 2014, the number of shared bikes in the world amounted to almost one million. China led the charts with more than 750,000 shared bikes in 237 cities, followed by France with almost 43,000 bikes in 38 cities. Britain was seventh highest with almost 11,000 bikes. Only last month, the Dutch city of Rotterdam announced yet another Witte Fietsenplan, this time using more than 450 electric bicycles and 20 stations, to be implemented in 2017.

Today’s bike-share believers aren’t anarchists or radicals; they don’t need to be. The mathematics still make sense. Mile for mile, a well-used fleet of shared bicycles is still the single cheapest way to help people move around. Today, the challenge for practitioners is to make that once-radical vision a practicality.