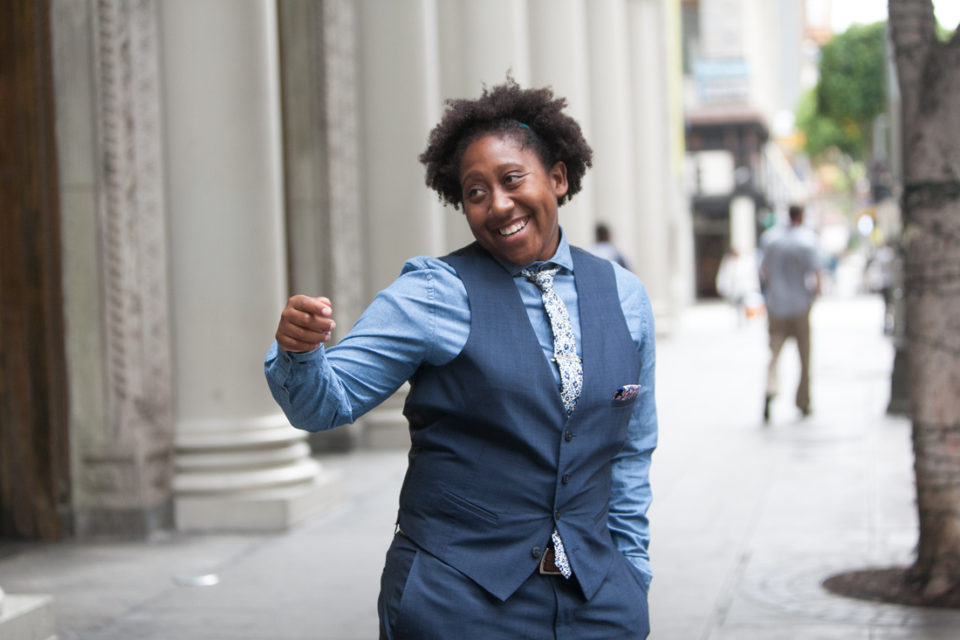 Sometimes the most difficult part of a journey is the first step.

Within the first few minutes of the Better Bike Share Conference in Philadelphia last week, opening speaker Tamika Butler of the Los Angeles County Bicycle Coalition challenged the crowd with a question: How are we supposed to talk about equity when we don’t even have a shared definition half the time?

Her question highlighted just how much work there is to be done when it comes to equity, especially in the world of active transportation. What equity means to city planners often differs from what it means to social justice advocates. The first step in achieving equity is defining what that actually means for your communities.

Beginning that conversation can be uncomfortable, especially for those new to the equity space, but Butler offered some advice on how people can begin:

First: Remember that “ally” is more than a noun.

“That’s the mistake so many people make,” she told the crowd. “If you want to do this work, if you want to be in this space, you can’t just say you are an ally. Somebody won’t recognize you as an ally unless you are doing the work. … You might have a really fly Facebook profile, but you are not an ally, friend. If you want to be an ally, you have to do something.”

And what’s the first thing you should do?

As a queer woman of color, Butler knows she is clearly a minority, but she also acknowledges the privilege she does have. She is highly educated and English was her first language. “That opens up so many doors,” she says. “Realize your privilege. Don’t be fragile about it. Own it.”

Said another way: Be unapologetically yourself.

However, it is necessary in order to have honest dialogue that leads to change.