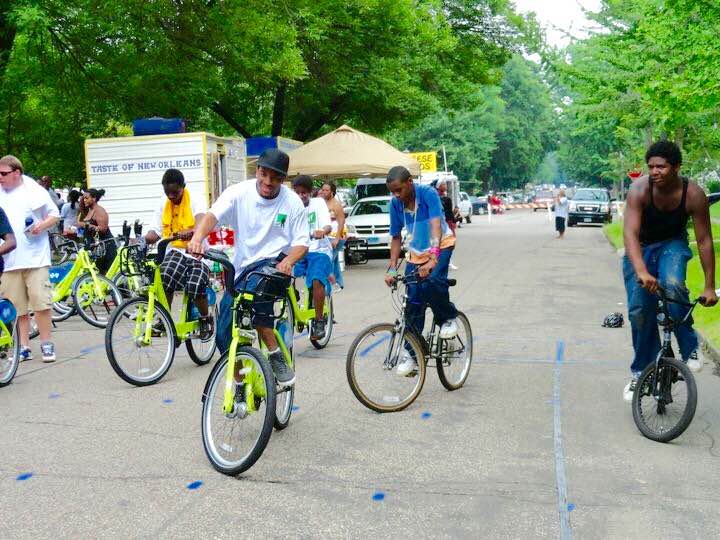 As one of the oldest bike share systems in the country, Nice Ride Minnesota has had more time than most to explore equity programming. Younger systems often look to their Community Partners and “orange bike” neighborhood programs as blueprints.

But the Nice Ride staff is the first to admit that they have a long way to go before achieving equitable bike share (or biking in general) in Minneapolis and St. Paul.

We spoke to Director of Outreach and Sponsor Relations Tami Traeger and Access Manager Tina Cho about how they are building off the system’s six years of experience and moving their equity efforts forward. Here are four takeaways:

Together, the bike share system’s Community Partners and Nice Ride Neighborhood programs are praised for acknowledging that outreach efforts are never one-size-fits-all. The former program uses partnerships with local social service providers to give out free memberships to low-income people, which is ideal for those who live within the Nice Ride service area. The latter program targets people who live in communities not well covered by the network of Nice Ride stations. It provides people with the opportunity to earn a (non-bike share) bicycle by participating in a series of rides or events.

But tailoring needs to go beyond the general approach. As they move forward in their equity efforts, Nice Ride is increasingly focusing on the needs of specific groups within their target neighborhoods. For example, members of the Hmong community in North Minneapolis are typically smaller in stature, which can make the one-size-fits-all bike share rides challenging.

Traeger notes that Nice Ride is buying new bike share bicycles with shorter seat posts that will accommodate shorter riders. “It’s only a couple hundred out of 1,700,” she says. “Not a huge changeover, but a babystep in the right direction.”

Similarly, if they continue with the Nice Ride Neighborhood program, they may need to buy smaller bicycles. 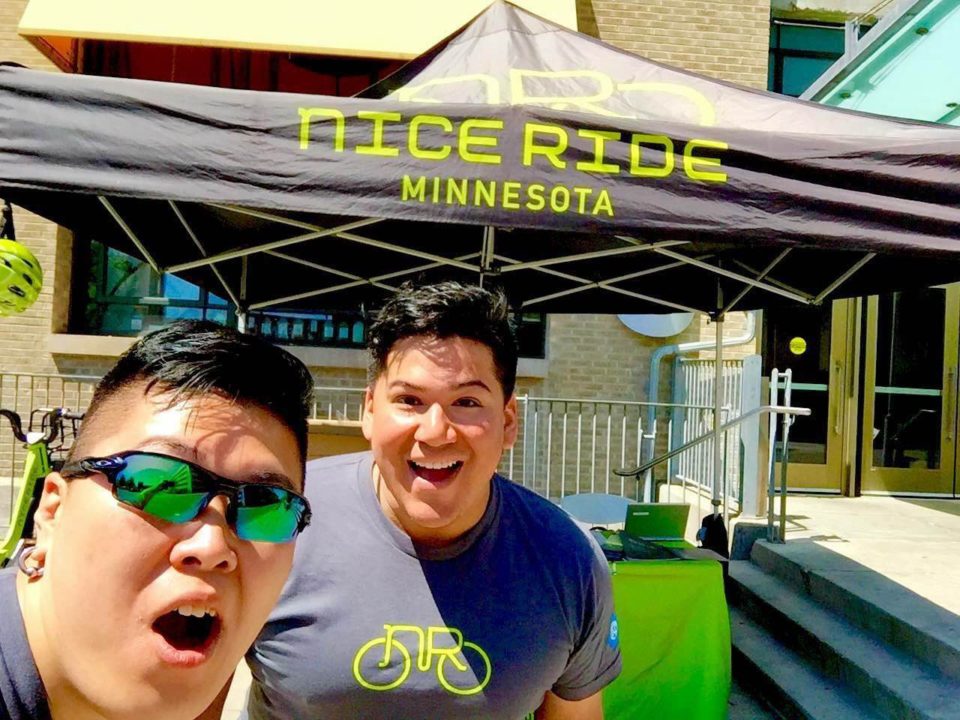 Getting people on bike share often boils down to getting people on bicycles, period. While Nice Ride is hoping to increase relationships within specific populations—African Americans, Hmong, Native American, LGBTQ, etc.—they are still doing it through outreach efforts like cycling clubs, group rides, social events, fix-it clinics and bike rodeos.

“We are seeing results from seeds we planted three years ago,” says Traeger.

Progress is often slower than people would like, but shouldn’t be discounted. Cho believes this is because equity work can’t be forced. Instead, it’s about listening and responding.

“We don’t call the shots,” she says. “We just recognize the needs and fill gaps. We say, ‘We don’t know your experience. You let us know and we’re here to help in whatever way we can.’ It’s long and slow and messy and maybe not super efficient work, but this is how grassroots works.”

The alternative would be reaching more broadly but more shallowly. Cho and Nice Ride are betting that a self-sustaining equitable system will have to be built with a grassroots approach.

Adds Cho, “You have to have that level of public trust. I think that’s really important.” 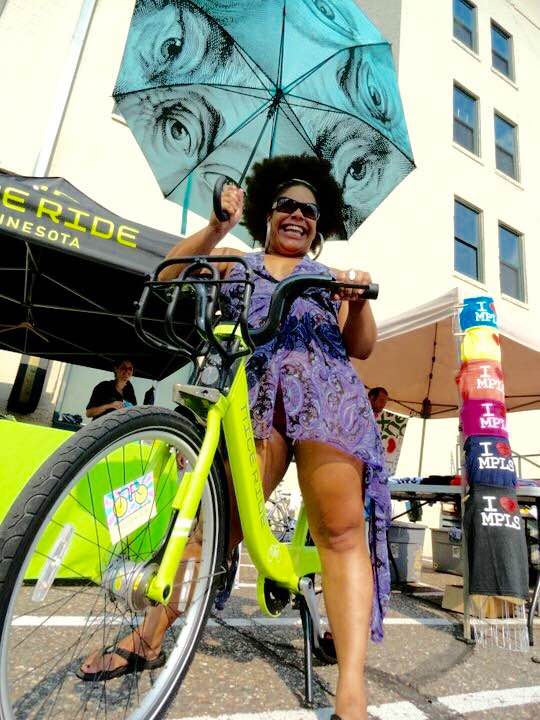 In 2015, Nice Ride Neighborhood gave out 273 bicycles. What does that number really mean? Cho doesn’t discount the number completely, but cautions against using it as a primary metric of success: “How do you code happiness and inclusion and a sense of community?”

After two generations of neighborhood program graduates, Traeger says one of the most surprising things for her was realizing that the attendees themselves were proud of their participation regardless of whether they finished the entire program and earned a new bicycle.

“Success wasn’t measured for them by ‘did I get the voucher?’ So we haven’t measured it by that either. We certainly try to make it easier for people to get the voucher but we realized that people were finding the community aspect important.”

Feedback from the program included thoughts like, “I like how I learned about my neighborhood” and “I see my neighborhood differently now.” For many, the bicycle was secondary to meeting people in the community and making friends.

“It’s been broader than we expected,” says Traeger.

Cho sees this not as a hurdle standing in the way of scalability, but instead as the point of everything they do.

“That’s the beauty of equity work,” she says. “It’s messy. There are so many different people involved. … It’s about filling gaps. How do you fill gaps? By saying, we have this thing, how would you like to use it? How does it fit in with you? It’s challenging because things don’t happen on clockwork. Accidents happen. Rain happens. … On some days it’s not even organized chaos. It’s just chaos.”

Adds Traeger, “You have to surf the chaos.”