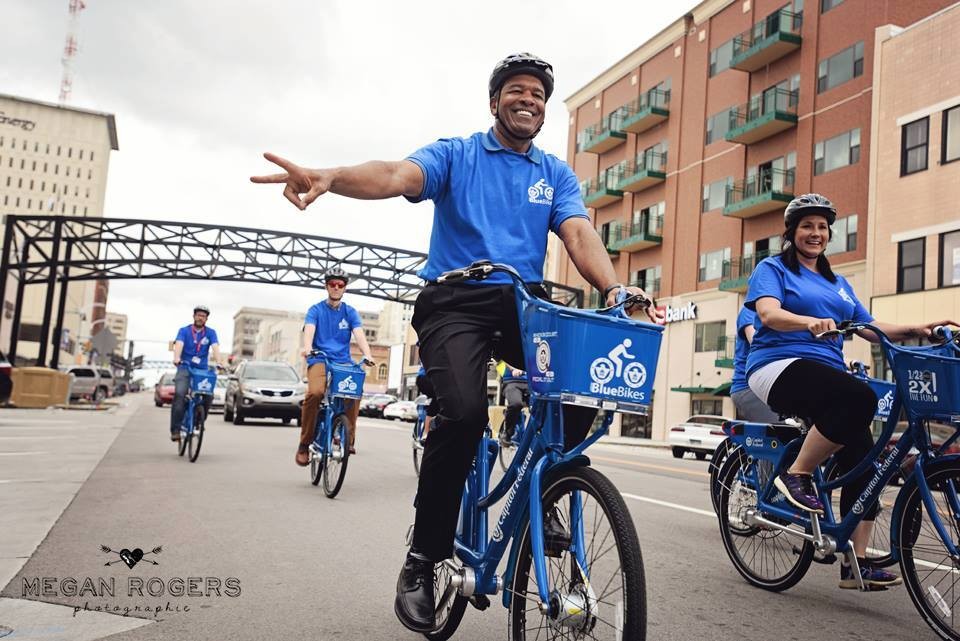 Topeka Metro Bikes is expanding its bike share system with the help of some old-fashioned standard bike racks.

Kansas’ first bike share system, Topeka Metro Bikes launched in April 2015 with 100 bicycles. For its one-year anniversary, the system announced it would double the size of its fleet to 200 bicycles and expand its coverage area into some underserved neighborhoods.

Metro Bikes uses a Social Bicycles GPS-enabled fleet, which means riders are able to park at any standard bicycle rack, not just the bike share-branded docks. In most SoBi systems, this means the user incurs a convenience fee. However, in Topeka many standard bike racks have been designated “community hubs” and are included as free-to-park  options on the bike share’s mobile app and website.

According to Karl Fundenberger, the director of bicycle operations for Topeka Metro, the local transit authority that owns and operates the bike share system, many of these new community hubs were chosen with equity in mind. Several are within parks and high schools in low-income neighborhoods.

Topeka Metro Bikes’ expansion is, in part, a response to a health impact assessment conducted by Kansas University that identified gaps in the system’s coverage area.

“There were a few neighborhoods specifically that include populations we weren’t reaching,” says Fundenberger. “This year we are hoping to correct that.” 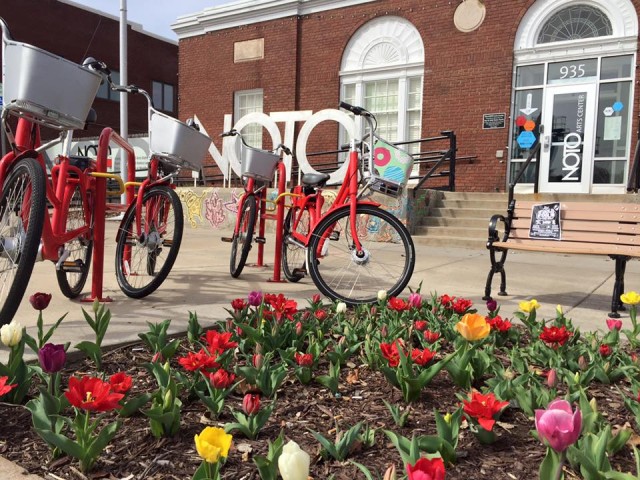 Fundenberger says the hope is that these new community hubs will act as neighborhood anchors that motivate nearby local businesses or organizations to buy into the bike share system and sponsor their own community hubs.

“It’s easy enough to work with parks and rec (to get a new rack installed),” he says. “That makes it easier to go into North Topeka and say, ‘We put racks in Garfield Park and we’re trying to add more in the neighborhood.’ Hopefully it leads people to (join themselves).”

Bike share-branded stations have been described as the best advertisement for bike share, but Fundenberger says the community hub approach has some unique benefits.

“We have some community hubs located right along roads, along busy streets,” he says. “For whatever reason, our actual stations tend to be a little more tucked away. So, those community hubs that are closer to the road actually advertise better for us.”

Bicycles parked at non-racks often garner a lot of attention.

“We hear from people who see the bicycles,” explains Fundenberger. “They’ll tell us, ‘Oh, I saw one parked on a street sign on 17th Street!’ Whenever that happens, people will call us and tell us. We’ll know that thousands of people saw that one bike.”