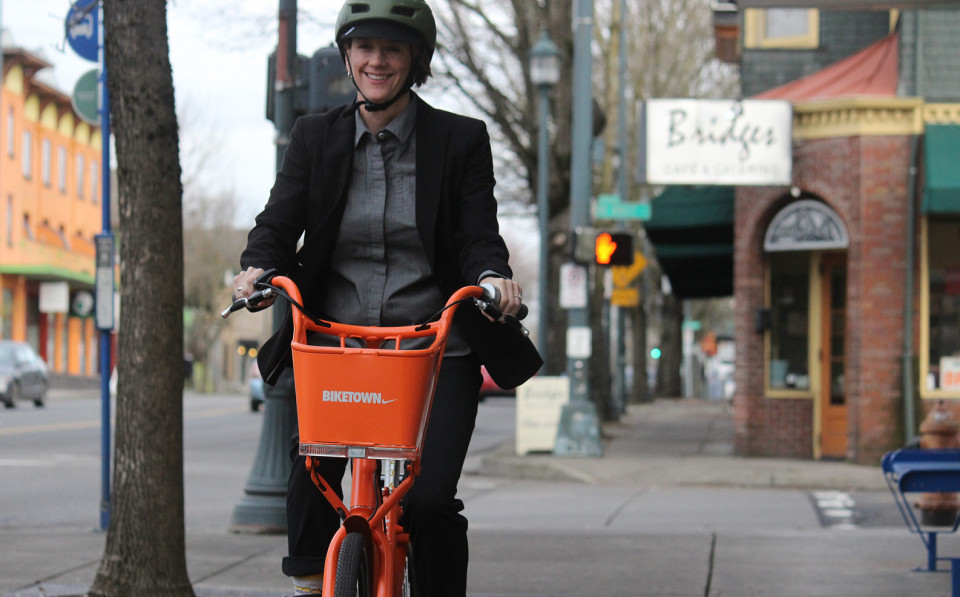 Portland’s bike share is taking shape. That’s exciting for residents who’ve been waiting almost a decade to get it, and it’s encouraging news for everyone who will benefit from equity initiatives being built into the system.

Nike recently signed on as a $10 million sponsor, ensuring operation of the bike share for five years and allowing the city to launch with 1,000 bikes instead of the previously announced 600. Biketown promises to be the largest smart-bike system in the country, using a GPS-enabled fleet supplied by Social Bicycles that can be docked at traditional bike racks.

It may also inspire other bike share systems to build their equity initiatives into contracts from the get go.

Biketown promises to make workforce development and equity a priority in operations and employment. Steve Hoyt-McBeth of the Portland Bureau of Transportation explains that city officials worked with local environmental justice activists and Motivate, the system operator, to codify an equity approach that emphasizes opportunity and living wages.

Historically underrepresented and economically disadvantaged people will make up at least 50 percent of total employment hours. Portland has vowed to work exclusively with established training or job placement organizations until historically underrepresented and economically disadvantaged people make up 50 percent of entry level and bicycle mechanic positions.

Once employed 90 days, all part-time employees will earn no less than 150 percent of state minimum wage, or $15 per hour.

“We are very excited about workforce training,” says Hoyt-McBeth. “It’s not a giant number of jobs, but it’s about creating success and new models both for bike share and public agencies in general. Cities are becoming great places to live but also more challenging for low-income folks. This is one small way for them to be stable.”

Motivate will also provide up to 500 discounted annual memberships for low-income residents or members of underserved communities. However, Hoyt-McBeth added that he believes the everyday pricing structure they establish will be equally as important as these subsidized memberships. Biketown’s base fare will be $2.50 for 30 minutes, and the annual membership option will be paid in monthly installments. (That price has yet to be determined but is expected to be between $10 and $15.)

Biketown is currently scheduled to launch in July.