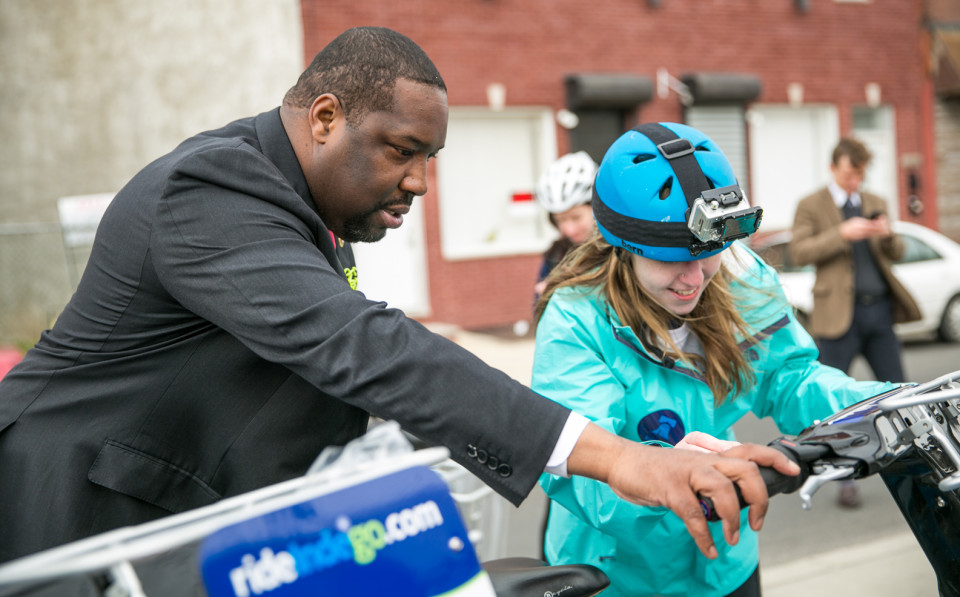 When headlines appear about bike share systems’ efforts to change the disproportionately upper-class whiteness of their users, the demographic data typically come from self-reported annual membership surveys and the mission is typically to get people within marginalized communities to sign up for annual memberships. While that can be one measure of equity success, it overlooks the existence and value of casual or walk-up usage. These users (who opt for one-time, daily or weekly usage options instead of the more costly annual membership) may include many tourists whose needs from a bike share system are vastly different than residents, but not exclusively so.

Darren Buck, the bicycle program specialist of the District Department of Transportation, acknowledges that consistent data about Capital Bikeshare’s casual users and their wants is a data hole he would like to fill. “Our (annual) surveys get great response rates, but we can’t really say definitively whether or not the responses are actually representative of our users,” he says. 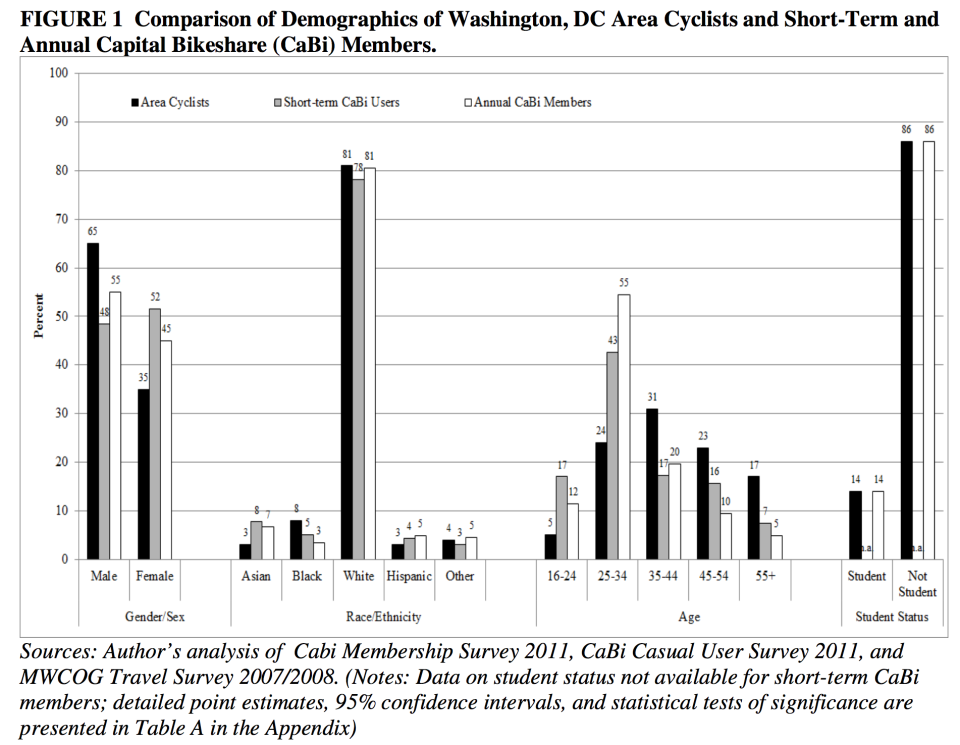 An intercept survey, where CaBi users were approached on the street, was conducted in 2012 alongside the emailed membership survey. Researchers found differences between CaBi users and the general DC area cycling community; however, the survey wasn’t designed to compare annual users to casual ones. The intercept survey also focused on locations that see a high volume of casual users–meaning the majority were tourists–and income levels of respondents weren’t reported. Buck says he would like to an observational study at a variety of locations to see how the apparent observed race and gender of riders would compare to their existing data.

What such data would change about conversations about equity is unknown. Low-income users may be more attracted to casual usage because of the low upfront cost, and that usage may fly under the radar of current data collection. In the world of public transit, all-you-can-ride monthly passes have a history of being disproportionately used by people who are whiter and wealthier, maybe in part because of their up-front cost and maybe in part because white-collar employers often provide free or discounted monthly passes. Advocates have long noted that the stories and numbers of low-income people and people of color often get ignored during broader conversations about bicycling; it’s possible that the same phenomenon is at play among bike share users. 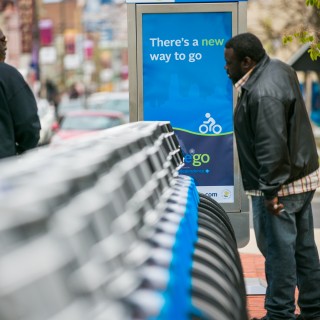 Bike sharing systems want to get better at serving people in underserved populations. One component of doing that may be to get better at truly capturing information about bike share users.

Susan Shaheen, a professor at the University of California, Berkeley who studies bike sharing, agrees. She believes more research needs to focus specifically on casual users, noting that their importance goes far beyond a system’s equity goals and can affect their bottom line.

“Are we missing something?” she asks. “What opportunities are we missing by focusing exclusively on the annual members? What happens if a casual user uses the system and gets charged fees? Are they now going to be sour on bike share? How do you convert a casual member into a dedicated one?”

Shaheen became interested in the research topic while doing surveys of Bay Area Bike Share users. There, she found that more than half of casual users held many misconceptions about the pricing that would lead them to pay exorbitant fees. She recognized that as a potential issue for bike share, and it’s one that some systems have acknowledged and tried to address.

“Casual usage is a gateway to enhancing membership,” adds Shaheen. “I’m really hopeful we’re going to be able to do further research.”